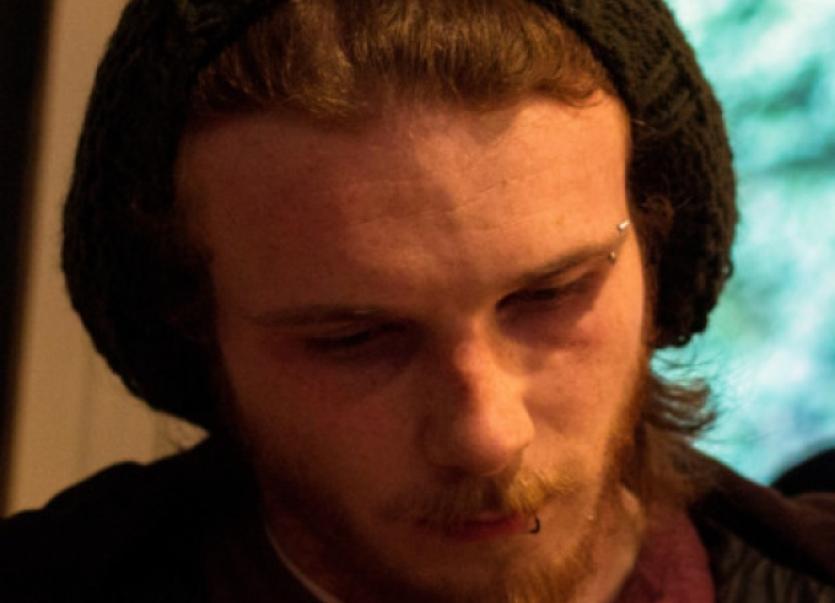 Born in Limerick, I moved for a few years to London, when I was a child, but came back to start primary school here.

Although, I have lived in different countries and cities, invariably I always end- up back in Limerick. St. Paul’s N/S kicked off my education, then, I went on to Coláiste Chiaráin for secondary. I spent some time in the University of Limerick (UL), where I studied History and Politics, but, ultimately, it wasn’t for me. I’m much more of a DIY sort of guy. In fact, I can remember reading books as a child and thinking; ‘I can do that’.

There was never an emphasis on writing in my family, as such.

However, there was an emphasis on learning. We’re a traditional ‘go-get-a-job-you-fridge-eating-leech’ type of family. Writing, quite naturally, doesn’t fill many fridges. That said, my English teacher, Mr. Hayes, was the driving force behind realizing my, well, I won’t say ‘ability’, as such, but certainly my passion for the written word. Whatever he saw, whether some spark, or inclination, he kindled something in me. In short, he managed to convince me that I wasn’t worthless, and as a sixteen year old kid with no interest in sport, and only a working knowledge of human anatomy, that was a big deal.

Currently, I am working on a collection of poetry and short stories.

A lot of the sub-text deals with visceral romance, and a sort of physical truth that can be broken, re-attached and broken again, in different ways, places and times. To be a writer, not even a good writer, but just a convincing writer, you have to embody a certain neurotic egotism. To think that strangers would want to read your work, that they should care about it, discuss, analyse it and, heavens above, pay for the thing, takes a real egomaniac. The neuroticism enters when you realise that you will never be as good as you want to be, and nobody even notices. It is, perhaps, no surprise then, that, although, I have always loved stories, painting is also something that I greatly admire. To throw colour onto a canvas revealing an image in front of you still baffles me.

Younger writers and young people, in general, are often neglected as not being good enough, so we aim to encourage them, to help them to be good enough, whatever that means. On the third Friday of every month, therefore, we run an event with guests and an open mic, and are currently housed in Café Noir, on Denmark Street. We’re not just about poetry, either. We have hosted singer-songwriters, short plays, even comedy.

I would encourage everyone to look inward in order to find an expression of their true self.

Limerick is a special place for writing, and the arts in general, right now.

This city has its own ‘down-and-out-but-never-beaten’ attitude that artists need. Limerick is, also, quirky, it knows it, and isn’t afraid of it. I, also, believe that there is great energy in this city at the moment, whether that resulted from the ‘City of Culture’, some improvement in the economy or just a refusal to accept the stereotype, I don’t know, but things are changing and change is almost always a good thing.

My own work is frequently available online and through various magazines.

However, it’s tough to get paid for your work, today. A lot of magazines and journals either don’t pay you for your writing, or they pay a negligible amount. Then, on the other hand, once you make it, you make it big. It’s a disparate see-saw that really needs to be addressed. At ‘Stanzas’ we hand-make ‘Chapbooks’ composed of local poetry, stories and art, which are sold at the event. They are, also, available from Quay Books, in Arthur’s Quay. It is quite hard to market a book, but ultimately, you have to be your own salesman. The words themselves should win people over, but only once your book is in their hands.

Having spent the last few years trying to find myself, I have come to accept that I will never be successful as I am constantly changing.

However, I am content to know that right now, the person that I am today, is that person who needs to be in Limerick. What will happen in the future is anyone’s guess, but it is fun to ride the waves of chance. Ultimately, I would like ‘Stanzas’ to grow into a nationally recognisable event, and I would like to be successful in supporting my fellow writers. In addition, a Pulitzer Prize would be lovely, as would a one-man flat in the city with my laptop and a notebook. You can’t be too picky as you’ll only ever be disappointed with what you don’t get in life. But hey, that makes for a great story, doesn’t it?

‘Stanzas’ will hold their next monthly event on 28 August in ‘The Hook and Ladder’ Café. For more information please see: https://www.facebook.com/StanzasLCK Twitter@StanzasLCK or email:stanzas.limerick@gmail.com. You can also contact Dominic Taylor, Community Literature Officer of The Limerick Writers’ Centre, at mobile: 087-2996409 and email:limerick-writerscentre@gmail.com