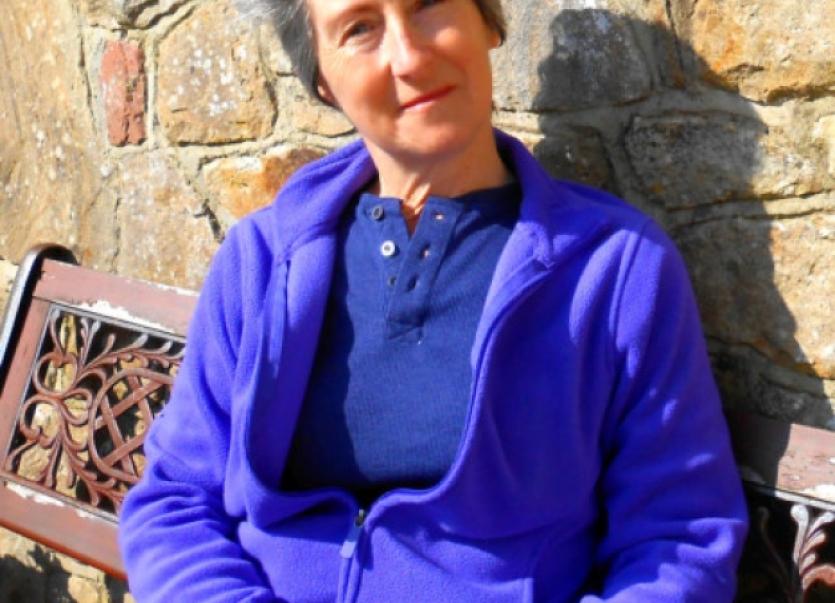 Born in Bray, Co Wicklow, Bray Head was my back garden with loads of swimming, exploring and being a Tom Boy.

Born in Bray, Co Wicklow, Bray Head was my back garden with loads of swimming, exploring and being a Tom Boy.

I was educated in St Andrew’s National School and Glengara Park School, Dun Laoghaire. My paternal uncle was an excellent water colourist, but sadly, I never met him as he died young. However, I was always experimenting with art, myself, with my parent’s garden becoming my workshop. Currently, my artistic focus is on recycling/upcycling scrap metal pieces.

Being very shy, and somewhat introverted, I never feel lonely when alone but actually savour the experience.

Perhaps because I have no formal artistic training I am unable to adequately elucidate about the influences on, and themes underlying, my work. They tend to be organic, starting with a notion that unfolds itself like a germinating seed into a form that grows organically. Sometimes, my art takes me over, spreading like a wildflower (hopefully a pretty one!). Indeed, since December 2012, I began to see recycling objects, such as tin cans, as ‘Rose’ style night holders, which grew into eleven metre long vines and lately into trees.

My best ideas come during the night, in my dreams. I invariably wake-up with a plan which I need to write or sketch down as they tend to melt away by morning.

It comes from a need to create. I feel out of balance unless I am making or creating something. For example, I had a very large oil painting published in Anomalie Magazine recently which I am donating to Epilepsy Ireland as they like the meaning behind it. I have always had a love of nature, especially the magic and myths surrounding Hawthorn Trees. There was a pair of these trees growing and intertwining with each other close to my house when I was a child. I will be using this memory for my upcoming exhibition at Friars’ Gate Theatre which is called ‘Metal Twist’. I like Rag Tree folklore. Rags are placed at certain sites by people who believe that if a piece of clothing (taken from someone who is ill, or has a problem) is hung from a tree, the problem or illness will disappear as the rag rots away.

In December 2003 I suffered a severe head injury, which I mistakenly tried to work through, but had to give in to, by 2012.

It resulted in me having an out of body experience and only being brought back to rejoin myself afterwards. I was on probation in a new job following on from a separation and so was under pressure to keep working to pay my bills. I was tired but decided to throw some Christmas lights over the Christmas tree as a welcome home for my son. However, the heavy decoration box got stuck between two joists in the attic necessitating an almighty tug. My knees were either side of the attic opening and after hearing a metal clank I began to fall through the hole. Scared at first, I then started to feel relaxed, in a place of total bliss. Next, I was rotating like a ball of white energy whizzing through the outside wall of my house into my daughter’s bedroom and on to the landing. Looking down at my body I was told to rejoin. Quite some time later I felt a tinkling and trickling sensation on my wrists and lower arms which were scratched and cut. I must have tried to save myself but I don’t remember. My watch strap was in the bathroom with its face in the bath.

In my youth getting ‘a proper job’ was the order of the day. I was told to ‘be a secretary’ but I am dyslexic (although the condition was unknown back then).

Instead, I became the stupid child at the back of the class. I would have liked to have gone to the ‘Tech’, but when I tried to explain that I liked using my hands, I was told to be a physiotherapist instead. Computers saved me; Google and spell check are the best inventions ever. No more crying into my dictionary!

Ultimately, I would like to be a charmingly eccentric purple clad lady living by the sea, beach combing and painting. Purple has always been my favourite colour.

Once the sea is in your blood, especially from babyhood, it is impossible to live without it. It calls to me constantly with its ever-changing moods from total calm to devastating force. There is always the excitement of any ‘finds’ that might be washed up on the shore and what I could do with them. I found five mangled iron lobster pots at the bottom of a cliff a few years ago. It took a few days of climbing down, collecting the ‘treasures’ and ascending back up, but it was worth every moment of the madness.

Life is so sad if you are always looking back with regrets asking; ‘what if’ and ‘if only’.

My mum died of mouth cancer that spread. Half of her face, neck and shoulder had to be removed. She couldn’t eat as her palate, also, had to be operated upon. Her quality of life was eventually destroyed. But she never gave up and fought against it at every moment. Mum had a few regrets, which we talked about, near the end. I would like to resolve any regrets that I may have before my time comes. Being dead does not scare me (I was not aware of anything before being born), maybe that is what comes after life, or perhaps death is a place of perfect peace?