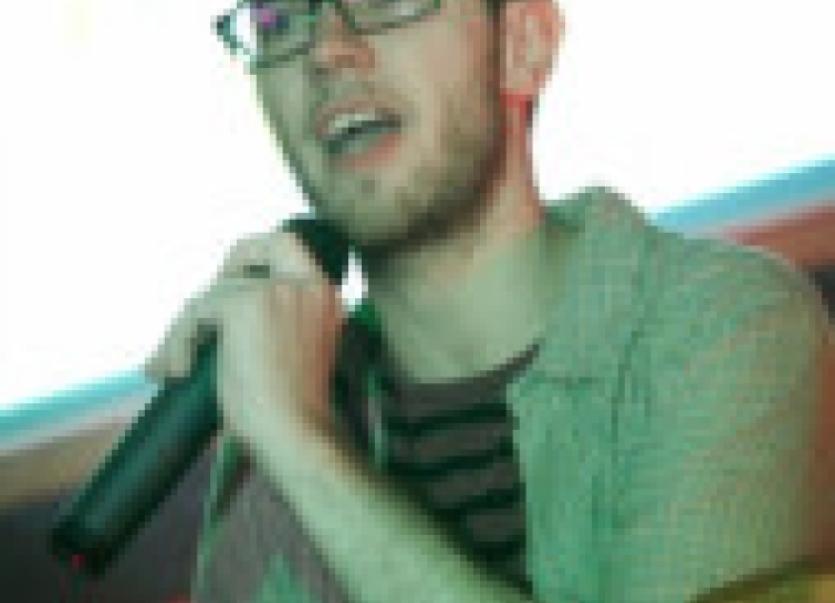 Although, born in Kilkenny I reside in Limerick today.

Although, born in Kilkenny I reside in Limerick today.

Although, I lived in Sweden for a brief spell, Kilkenny is still the best place to have grown-up in. It, also, has a huge Arts scene, and is very supportive and encouraging. I went to school in CBS, in Kilkenny, for both my primary and secondary education. Later, I studied at the University of Limerick (UL) reading for English and New Media. Maybe that’s where my literary ambitions came from?

When the Comedy Society got started in UL, there was a bunch of us who thought, that forming a club would be a laugh (no pun intended!)

It took off from there. At a grassroots level it involved a lot of co-ordination, a willingness to put on shows, and the patience to travel anywhere that would have you. In the early days the biggest part of ‘comedy’ was convincing people that comedy was worth seeing. Today, however, Limerick has a thriving comedy scene with loads of different clubs. Personally, I try not to do too much at once. If you write or perform too much stand-up comedy, while doing a stage show, then you are bound to suffer, so prioritising counts for a lot. If you are trying to put something out there, then your audience deserves the very best that you can give.

The best thing about stand-up comedy is that everyone has a voice and anyone can do it.

The most inspiring thing is just to see someone who is there to do the best that he, or she, can. Not a movie star on a pedestal that people can’t really access, but someone, just like you and me, who is willing to do something for themselves. That is the only way that anyone ever succeeds at anything. Enthusiasm is the most important thing. Indeed, it is more important that talent, funding or success. The comedians, Dylan Moran and Bo Burnham, inspire me as do the playwrights Brian Friel and John Morton. The most important influence that a person can have on someone else is through giving encouragement and a lot of people have been very encouraging to me down the years.

A person might want to be a comedian for any number of reasons ranging from raising your self-esteem to the need to have a go at it.

New media has completely changed the game though, since the 1990s, (not that I was even thinking about comedy then). In those days, there was just one way to make it at comedy and that was to keep gigging. But the Internet changed everything, now you can put up a video and become a media sensation overnight. In the process, you can just skip the years of slogging it out at open mic sessions.

There was never much thinking involved in starting-up The Filibuster Comedy Club, which is a new Limerick comedy/arts group.

A bunch of us graduated together from UL, and the comedy society out there was emerging at the same time, so it just made sense. It sort of went from there and we didn’t look back. At the moment it involves running shows (we run monthly events in Dolans and The Blind Pig), and shooting the odd comedy sketch when we can. We have, also, put a huge amount of effort into theatre lately, and are currently developing a production of Tracy Letts’s Killer Joe (directed by Donnchadh Tiernan), which is very exciting.

Growing-up working in The Watergate Theatre in Kilkenny, played a huge part in my pre-occupation with writing plays.

I love the intimacy of theatre, and of course, it is very social. It is something you must do with other people, and as a writer, you get to hear the audience laugh, gasp, or tut in disappointment. You can’t eavesdrop on an audience in a foyer as if they had just finished a book. I like a project with substance, though, something with a point to it. If an audience member is willing to give their time to see something, then, you owe it to them to give something back that is relevant (or at least honest). My latest play, Peacocks, which was performed at Limerick Youth Theatre, does its best to try and figure out the craziness that is growing-up, in Ireland. My first show, The Wild Geese, however, was very much geared towards the effect that emigration is having on so many of our people.

There are a lot of acts out there at the moment and these are not getting the attention that they deserve. Financially, being a comedian is very much a one-way street. Sure, stand-up comedians don’t incur the same staging costs that other types of media would, but there is a lot more to performing than just standing on a stage. So many people on the amateur circuit, in Ireland, don’t get paid, which is a pity, but it’s a reality. In short, comedy is an industry run on optimism.

Currently, I am not really sure how my career will develop over the next few years.

Eventually, I hope to get to a point where both myself and the audience are really happy with the end product. Right now, I am very thankful to the people at Limerick Youth Theatre for having me in to work with them. The whole team, there, are fantastic. It has been brilliant and I hope that the recent show there reflected that!