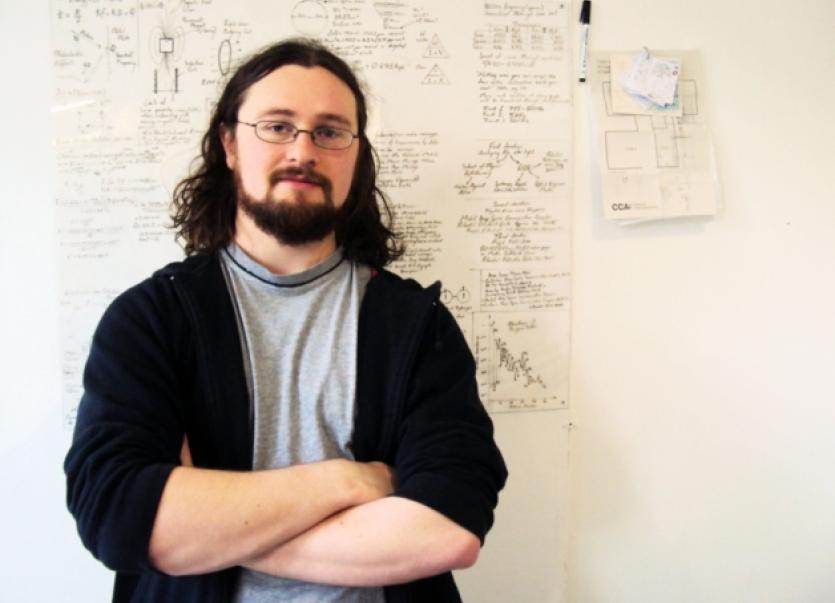 This year included a year in the newly opened Limerick City Art’s Office at John’s Square Artist’s Apartment Complex. Since graduating from Limerick School of Art and Design (LSAD) with a BA in Fine Art, I spent two years establishing a professional practice by developing several projects that refined my core interests. Currently, I am undertaking a Master’s Degree in Fine Art (MFA) at Edinburgh College of Art.

From researching my family history, I know that a few of my ancestors were involved in art, at some point or another, predominately in the field of painting.

Currently, there is still an element of involvement in some form or another by other members of the family. My mother paints along with a few of my Dutch relatives, while a distant cousin (Second I believe) is a painter in the Royal Hibernian Academy. I have always been encouraged to pursue what I was interested in from an early age-an enthusiasm which I attempt to provoke within others. I find that it is a lot harder to contribute something to the world unless you are encouraged and supported to do so.

Inquisitive by nature, I was always intrigued with discovering how things around me functioned which quickly evolved into an ambition to depict what I was experiencing.

Through LSAD, I refined a more conceptual approach to progress my practice, a direction which I am still adapting today. My work in contemporary art is primarily focused around the conceptual genre in which I predominately work (installation and sculpture). These projects are largely kinetic in nature and have usually been engineered to exploit isolated physical phenomena in order to impart their conceptual, activist knowledge. In this practice, I tend to transverse unfamiliar territory, while advancing new, experimental perceptions of how my work can relevantly propagate. This process involves the intersection of art, activist and physics fields.

My research and resultant practice are primarily concerned with humanity’s impact on its potential future through a socio-economic context.

In this, I tend to direct a proportionate amount of my research towards the nature of economic valuing mechanisms and how this factor can influence the sustainability of resources within our zeitgeist’s consumerist infrastructure. This, I feel, is a subject which is very current in Ireland today. Whilst there is a considerable emphasis on this value-attribution disorder in relation to these resources, my research aims to forcibly question our civilization’s dilemma of sustainability and how our current monetary-based economy fails to appropriately allocate for a future which is hidden just beyond the horizon.

My developed projects usually manifest themselves in resource/energy-based works which are sometimes designed to purposely fail over time.

As a tangent from these interests, in 2013, I instigated a project in Limerick that was centralized around the past usage of 9-10 Patrick Street (currently Ormston House Gallery). This utilized history as a means of inspiring contemporary events within the gallery space. The project, which was entitled ‘The Prequel Programme’, compiled a 200 year timeline from local archives and living memory.

If a person possesses an interest in the arts, I would actively encourage them to pursue it.

As a portion of my practice is engaged with imparting knowledge, and I have a keen interest in educational methodologies, I would certainly attempt to motivate others and to perpetuate their passions through any opportunities prudent to their ambitions.

When I initially began to practice, the recession had just hit Ireland and opportunities were less abundant.

As I was undertaking my practice in LSAD at that time, I did not feel the pinch until I left college and began to undertake my professional practice. In terms of the current climate, however, while it is questionable if the country has financially improved at all, there is still a great deal of difficulty being experienced, not just by artists, but by all levels of cultural practitioners. As with other cultural fields, I have noticed a great loss of practitioners to emigration who had been unable to support their practice due to various social pressures.

In Edinburgh, I am still progressing my practical studio work as well as advancing a series of inter-disciplinary collaborations. One such collaboration is fairly large scale in its design and involves partnerships with the University’s School of Physics and Astronomy, the Royal Observatory of Edinburgh and hopefully other international bodies.

Limerick currently possesses a cultural environment which is very attractive to art practitioners.

An example of this cultural climate, which has been evolving over the last few years, can be seen in the establishment of many studio, collective and gallery spaces throughout the city centre, such as, Wickham Street Studios and Ormston House Gallery. While Limerick already possessed many cultural institutes such as the City Art Gallery, the Hunt Museum, Contact Studios and others, the advent of Creative Limerick and other initiatives has helped to strengthen this artistic fabric over the last eight years. It is my hope that Limerick continues to see the cultural benefits which the arts convey to the city and attempt to support/ expand these initiatives further.

For more information about the artist Paul Quast please see the websites: www.paul-quast.com and www.prequel-ormstonhouse.com