Don’t mind me: ‘Will the children of the smart economy be able to mend a roof?’ 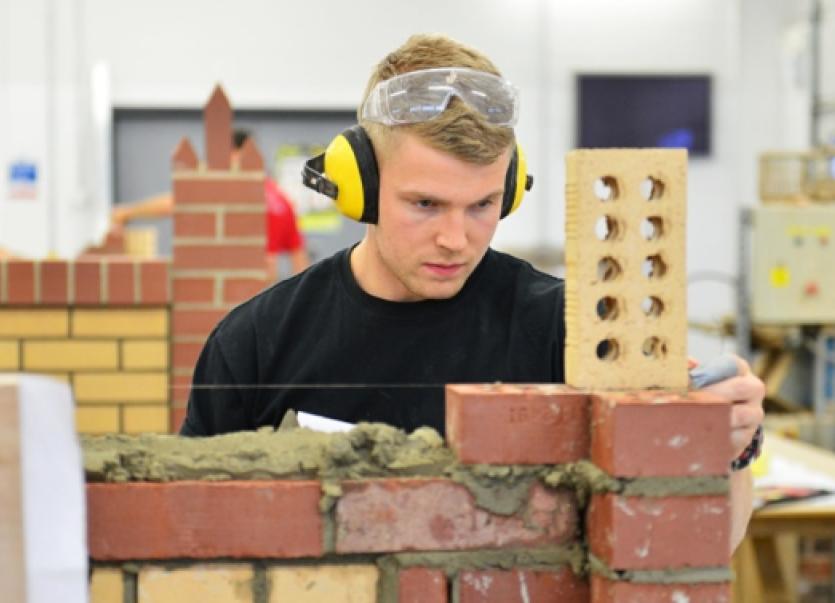 PRESS the panic button fast! The country is running out of skilled trades people. If the roof falls in, I don’t know what I’m going to do. “Google it,” suggested one academic acquaintance. “There must be an app for that.” The thoughts of him up on the roof clinging to his laptop brought me close to hysteria.

PRESS the panic button fast! The country is running out of skilled trades people. If the roof falls in, I don’t know what I’m going to do. “Google it,” suggested one academic acquaintance. “There must be an app for that.” The thoughts of him up on the roof clinging to his laptop brought me close to hysteria.

The people who built Newgrange didn’t need an app, I said, but then look what happened to them. They didn’t even get a mention in the Annals of Inishfallen because we were obsessed with the scholars. To judge by the longevity of many of the monuments that our ancestors built, we were an island of ‘brickies’ long before we became an island of saints and scholars, but we didn’t think the former worth recording, even though they were arguably more memorable and certainly more useful than either the saints or the scholars

Academic snobbery then, is not a new thing. Practicality never really appealed to us that much.

We now – according to ourselves anyway - have the best educated young workforce in the world. But what good is that if we can’t get a carpenter, a brick-layer or a plumber for love or money? It’s turning into a national crisis, the Construction Industry Federation warns, and because I tend to view every national crisis through my own personal prism, I’m full of trepidation. What if the predicted big freeze arrives before January is out and the pipes burst in the attic? The prospect of another hurricane is even more threatening. Am I being selfish or what?

The bigger picture, however, is even scarier. The construction industry is about to take off, we’re told, and we’re all very excited about that. But I’m not sure whether it’s a good thing or a bad thing, because when something ‘takes off’ in this country now it’s likely to be on automatic pilot and the minute it hits bad weather, nobody knows what to do – apart, of course, from the fellow on the ladder frantically Googling ‘fix a roof’.

The situation sounds dire, to be honest, and it’s no laughing matter. Just last week, the CIF disclosed that in 2014, only 30 trainee bricklayers took up an apprenticeship in this country. It takes four years to train them and half of them could have thrown in the towel by then, or there could be another recession on the horizon for all we know. Carpentry and joinery apprenticeships fared almost as badly, attracting only 130 people last year. What really worries me is not so much how we’re going to sustain a booming construction industry as who is going to build our ivory towers for us?

The CIF also points out that even though we have water on the brain at the moment, only 259 people registered for a plumbing apprenticeship last year. Even if they all finish the course, it will be 2018 before they qualify and the country could be inundated by then if the more hysterical climatologists are proved correct. I don’t know where that leaves Irish Water!

But while the predicted shortage of skilled trades people in the country is worrying, I do wish the CIF and other concerned parties would stop patronising young college aspirants, who are less academic but who may be “good with their hands”. Everyone has a right to go to college if they can get in and despite our academic pretences and yearning for scholarship, our education system hasn’t really produced enough geniuses to support any such streaming nonsense. At the end of the day, if we were honest, we could lay a better claim to mediocrity than we could to genius. Independent TD, Michael Fitzmaurice says ‘we can’t have everyone becoming nurses, doctors and lawyers”. But can we, in fairness, steer anyone away from the professions to which we accord the best pay, the highest status and the better prospects in the end. In the boom years, I knew bricklayers who were earning more in a week than a doctor would earn in a month, but that didn’t bring down the points for medicine. If we want more young people to take up a trade, we’re going to have to make that trade as attractive and as prestigious as wearing a wig and gown or hospital scrubs even if it takes a bit of adjusting as far as the national psyche is concerned. We may even have to return to the medieval guild system where trades workers were accorded privileges that even the so called higher professions didn’t enjoy. The only thing is that it will take time. I read during the week, a comment from one of the country’s most successful developers, Luke Comer, who started an apprenticeship as a plasterer when he was just 13 years old, and was qualified within nine months. He is by no means an advocate of an apprenticeship that lasts four years. “If you can’t learn it in six months, there’s a problem,” he said.

I wouldn’t agree at all. You wouldn’t expect a barrister or a doctor to learn his trade in six months. If a skill is to be valued and respected, it has to be acquired painstakingly over time. In the medieval guilds, it took several years to go from apprentice to craftsman and then to journeyman. And even after all that, a journeyman couldn’t become a master until he had completed a three year voyage. You’d have a PhD in half the time, but would you enjoy the same prestige?