Leddin claims Jan had no part in Limerick protest u-turn 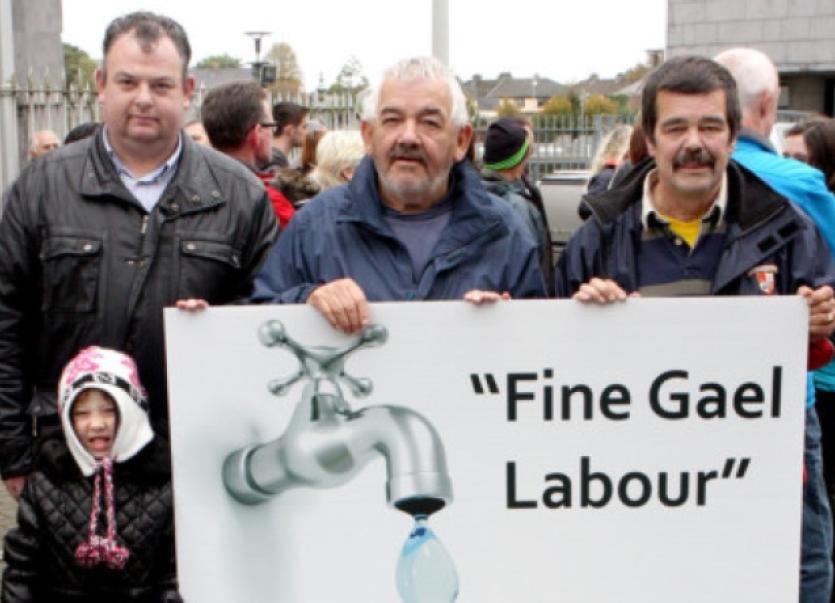 LABOUR councillor Joe Leddin, who pulled out of Saturday’s anti-water charges march in Limerick, insists Minister Jan O’Sullivan had nothing to do with the u-turn.

LABOUR councillor Joe Leddin, who pulled out of Saturday’s anti-water charges march in Limerick, insists Minister Jan O’Sullivan had nothing to do with the u-turn.

More than 6,000 people marched through the city on Saturday.

But just hours before it was due to kick off, Cllr Leddin stated on Twitter that he would not join in the Anti-Austerity Alliance (AAA) organised demonstration because “I can’t advocate for non-payment”.

Cllr Leddin had said he would take part in protest at bonuses paid out to Irish Water executives, and the fact charges are being implemented ahead of the rolling out of meters.

Many have indicated his move was likely reversed following pressure from Education Minister O’Sullivan.

Cllr Kieran O’Hanlon, Fianna Fail, said: “I’m sure words were said within the Labour party. It’s quite obvious any government minister would not want their secretary marching against government policy.”

“No, absolutely not,” Cllr Leddin said when asked if this was the case.

“It was up to myself whether I wanted to participate or not participate to be fair. The Minister is very well aware of my concerns.”

But AAA coordinator Cllr Cian Prendiville accused Cllr Leddin of “trying desperately to have his cake and eat it”.

Labour leader Cllr Leddin said developments from Irish Water since the Limerick Leader revealed he was to break ranks had satisfied him enough not to march, pointing out weekly charges are being considered, as are the capping of some charges, and the extension of the cover for people who do not have to pay.

The City West councillor says he will continue to “speak my mind”, and pointed to other occasions when he has criticised other austerity measures, such as the Local Property Tax.

“But what I could not do, by being there on Saturday, was encourage people or cajole people into not paying for their water,” he admitted.

But Cllr Prendiville said: “If he was really opposed to the government forcing this charge on ordinary people, he would leave the Labour Party, join the protests and join those calling for mass non-payment to beat this charge. His statements are a sign that the revolt against water charges has the political establishment panicked.”

Asked if he regretted his initial pledge to take part in the protest, Cllr Leddin said: “Life is too short to have regrets. Having said that, there is not a day goes by when I do not learn something.”