Don’t Mind Me: ‘Does the early bird really catch the worms?’ 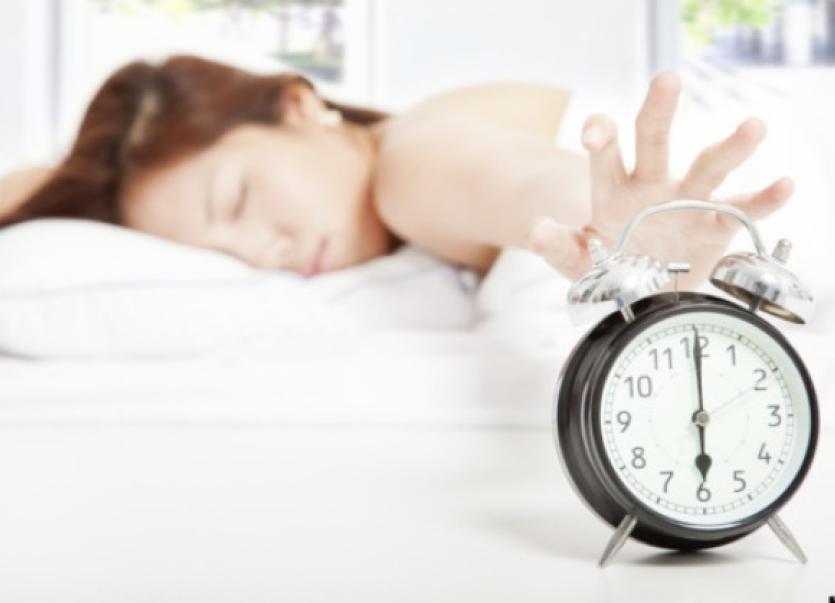 EVER since the clocks went back last weekend my body clock has been acting up. For the first time in my life I’m waking up before cock-crow every day, although admittedly, it’s over 40 years since I last heard a cock crow. Anyway, I must have been a medieval monastic in a previous life because some mornings I even wake up in time for matins at 3am.

EVER since the clocks went back last weekend my body clock has been acting up. For the first time in my life I’m waking up before cock-crow every day, although admittedly, it’s over 40 years since I last heard a cock crow. Anyway, I must have been a medieval monastic in a previous life because some mornings I even wake up in time for matins at 3am.

The annoying thing about this particular phenomenon, which apparently is affecting many others of my own vintage, is that it has come too late to make any great difference to my life. If I had got out bed a couple of hours earlier throughout my working life, chances are I’d be a multi millionaire by now, with a home in every major time zone in the world to match my mood. The world’s most successful people were, and are, all early risers. Some of them, to my utter embarrassment, are getting up when I’m going to bed.

Never having been an early bird, I could hardly have expected to have caught the worm, could I? And as for being healthy, wealthy and wise, I didn’t even get a look in because I was never up in time.

What prompted this outburst was not the sudden onset of winter time in the middle of what still feels unseasonably like summer. No, it was something even more sinister - a job advertisement in a daily newspaper during the week by a well-known chain store explaining the type of employee they wanted to recruit for a trainee managerial post. Here it goes: “Whatever makes someone get up at 5 and run, we want it,” the ad said. At least a 2.1 honours degree in any discipline was also required, mind you.

In my day, a pass Inter Cert would have sufficed for the job and anyone in the habit of getting up at five in the morning to go for a run would almost certainly have been considered too eccentric to be a store manager. I wouldn’t have stood a chance myself. Even in my prime, the best I could hope for at five in the morning would be to be able to stand up straight. Running would be out of the question.

This early rising lark has, however, become the virtue of our time, like staying late in the office, and I have to say it’s very intimidating, even if you’re no longer part of the workforce. Although it has to be said that Benjamin Franklin had the same idea two and half centuries ago, when he suggested that getting out of the bed early was ‘a natural, social and religious duty’. But then, there is no evidence that Benjamin was working late in the office, unlike George Bush senior, who got up every morning religiously at 4am and reportedly never went to bed before 2am. One cannot help wondering if he might have done a better job of the Presidency if he had spent a few more hours in the company of Morpheus. Anyway, what about those of us who were born with what is scientifically known as ‘delayed sleep cycle’ and need an alarm that actually grabs you by the throat before we can emerge from the rapid eye movement stage of deep slumber? Are we to be condemned to failure or denied jobs as store managers because we’re genetically programmed to sleep it out?

Getting up in the early hours certainly does seem to be the unique hallmark of very successful business people. Nobody ever made a fortune by taking a lie-in or by waiting for rush hour to begin before getting on the road. The key to success apparently is to get up very early and get going. “I will arise and go now, and go to ….. the office” is their mantra. Only they’re not all going to the office. Some of them are going to the gym first. The more ambitious among them, however, keep a treadmill in the office for an early morning romp while the rest of us plebs are still waiting for the alarm to rouse us from our slumbers. The whole scenario is making me feel jaded, but whatever it is that makes people act like this, every employer wants it now.

Meanwhile, I do wish they’d stop tampering with the clocks at the start of winter and summer every year. At this stage of my life it takes very little to throw me and instead of being able to take an extra hour of a lie-in, I’m so confused that I’m taking three hours less - which makes me feel like a George Bush wannabe. Next thing I’ll be going for a run before dawn.

It will take me months to adapt to winter time, and by then the clocks will be going forward again, and with time running out anyway, I’d like to be able to make the most of it, if you don’t mind. In Britain, I note there’s a campaign currently underway to hang onto summer time all the year round, although farmers in Scotland are objecting to this. They fear that they will be farming in the dark, which, we have to agree, is far more challenging than getting up and going for a run before sunrise.

Nevertheless, I’m hoping the campaign succeeds and that they’ll follow suit here and give my beleaguered body clock a break. Otherwise I’m going to have to create my own time zone..