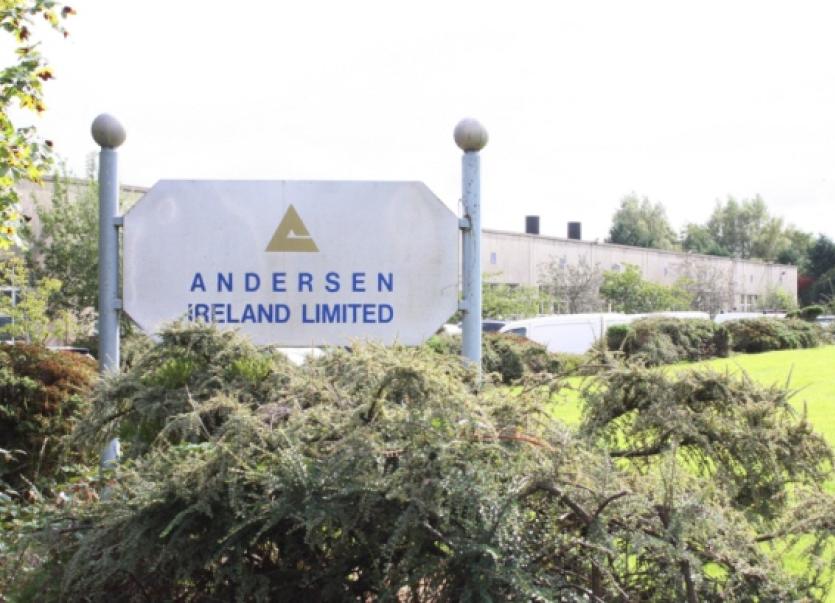 THE former Andersen Ireland plant in Rathkeale has been formally taken into the ownership of Limerick City and County Council, under the auspices of Innovate Limerick.

THE former Andersen Ireland plant in Rathkeale has been formally taken into the ownership of Limerick City and County Council, under the auspices of Innovate Limerick.

The aim of Innovate Limerick is to provide support for innovation and job creation throughout the county. The Andersen plant will be used as an enterprise centre for local companies which it is hoped will create jobs in the town.

Fine Gael TD Patrick O’Donovan and local councillor Stephen Keary have welcomed the news that the facility has been secured for the local community with the aim of creating jobs in Rathkeale.

They were part of a group that also included Rathkeale Community Council, Brian McEnery, Limerick City and County Council and Innovate Limerick that drew up the proposals for the site.

“Back in mid-September our plan for the site was accepted by the property owners and the news that this was been finalised last Friday with Innovate Limerick taking ownership of the plant and we both agree that this was a hugely important day for the town of Rathkeale and surrounding areas,” Mr O’Donovan said.

The Anderson jewellery manufacturing plant closed at the end of last year with the loss of 170 jobs.

Following this, the government sought funding from the European Globalisation Fund to provide training and enterprise supports to the workers who lost their jobs.

This was formally approved last month, and €2.5m has been made available for the 170 former staff and a similar number of unemployed young people in the area.

The office to administer the fund is also located on the Andersen site and it is hoped that the former employees who avail of supports to set up new businesses may eventually base themselves in the facility.