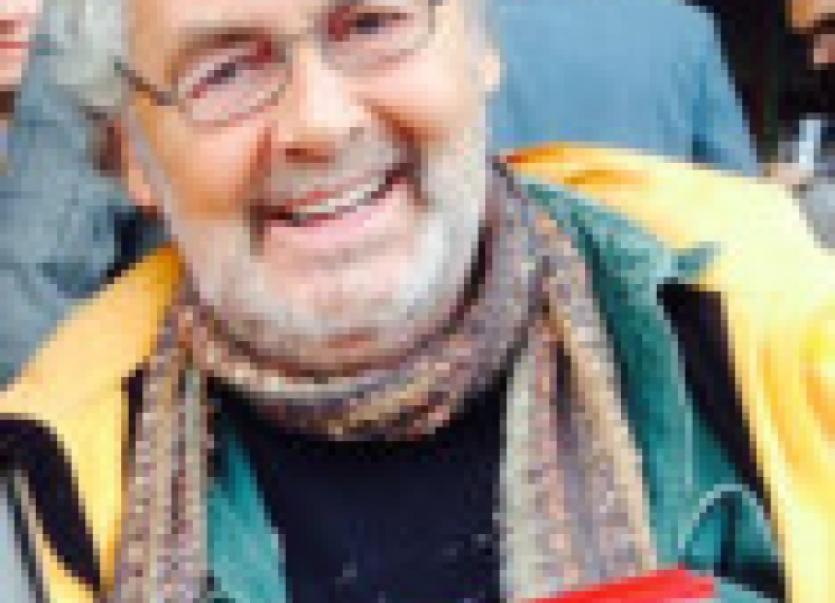 BORN in Clare I went to Ennistymon CBS Primary School and got a scholarship to Coláiste Éanna in Galway for my Secondary education.

BORN in Clare I went to Ennistymon CBS Primary School and got a scholarship to Coláiste Éanna in Galway for my Secondary education.

After that I went to University College Galway (UCG). In 1986, I went to San Francisco to visit friends and liked the place, so I decided to stay on for a while. A local radio station invited me onto their weekly Irish program and I read a short story —Time Passes. The publisher of a Californian Irish newspaper heard it, called the station and asked me to get in touch. I sold him the story and subsequently got a job with the paper. After a year, I founded The Island, an Irish literary journal aimed at new Irish immigrants in the San Francisco area. That led to the setting up of the Irish Arts Foundation in San Francisco. Later I was invited to put an Irish Studies program together for New College at California University and went from there to University College (UC) Berkeley where I teach at present.

While my father was an avid reader there wasn’t an emphasis on writing in my family.

Indeed, my family were surprised that I choose to be a writer. My dad was very taken by my first book, but had passed away before the others were published. Although, there was no conscious decision on my part to be a writer, the town library was next door to our pub in Ennistymon allowing me to easily read a few books a week. When I had the children’s section cleaned out, the librarian used allow me to borrow certain books from the main section. We had no television so fiction became my world.

My first efforts at writing involved poetry written in Irish when I was in Primary School.

I would also listen to the old storytellers in my dad’s pub telling tales as old as the hills. Indeed, I was telling versions of them before I began to write stories. In my early teens, the first short story I read was Dylan Thomas’s A Child’s Christmas In Wales and I was struck by how much he could convey in so few pages. When I learned that the Irish were particularly good short story writers, I tried my hand at the form. It took me years to get it right though. Short stories seemed more manageable and once I had a few published I stuck with them.

So far I have published four collections of stories, three novellas and a novel.

The West was my first book and was inspired by West Clare. My next collection, Out of the Blue came from my experiences of coming and going from Ireland to the USA. Quare Hawks returns to Clare for inspiration as does my latest book Borderlines which is composed of three long stories. I, also, have a collection of novellas entitled The Irish. These novellas are mainly set in Ireland and were written in Ireland, the USA, Barcelona and Costa Rica, so they have a different flavour than the short stories. The novel, Heads, was written in San Francisco and charts the life of an Irish visual artist who is an illegal immigrant in that city. Last summer, I published Quare Hawks, a collection of 11 short stories. Most of my work is set in Ireland and the subject matter comes from a variety of sources. It could be something I heard, observed or just a feeling. I allow stories to unfold rather than plotting or planning them. I seldom know how they’ll end when I begin them.

It is tough to sell books these days as the publishing world is more interested in blockbusters than literary fiction.

In particular, short story collections are very difficult to sell. So, it is hard for me to get by on writing alone. Thus, I teach at UC Berkeley to subsidise my writing life. When I was publishing The Island literary Journal in San Francisco, I decided to self-publish The West. I figured that readers of The Island would buy it. I sent out review copies but wasn’t too hopeful that it would be picked-up outside of Irish-American newspapers. Suddenly, it was reviewed by The New York Times, the San Francisco Chronicle, the LA Times, and the Philadelphia Inquirer. I was bowled over, all the reviews were very positive and two days later I got a call from Bloomsbury in the UK who wanted to buy the rights. I guess the publisher found me rather than the other way around. Nowadays, I sell more books online than through bookshops. All my work is available in E-book format (for Kindle and iPad) and these out-sell print editions by far.

As a young kid, Limerick was the first city that I was ever in.

My mum took me there one Christmas. It was a totally different world from my native Ennistymon in Clare. I, also, remember Limerick people coming to Lahinch on the summer Sunday excursions and the men singing in the pubs in the evening. They sang songs from musicals with great gusto. When I was in UCG, some of my best friends were from Limerick and Clare people have an affinity with Limerick and her people still.

It was a bookseller in Clare who first gave me Dominic Taylor’s phone number and suggested I contact him about The Limerick Writers’ Centre.

I am very happy and feel lucky that I did. The On The Nail event was one of the best readings I have been part of in Ireland. The standard of reading, the audience, organisers and the general ambience were very, very special. I hope to do more work with them in future. In October, I will be a guest at the American Association of Irish Studies in Santa Fe, and later in the year, I am doing an event in Louisiana and a few readings around California!