Secret Junior Footballer to return to Limerick Leader next week 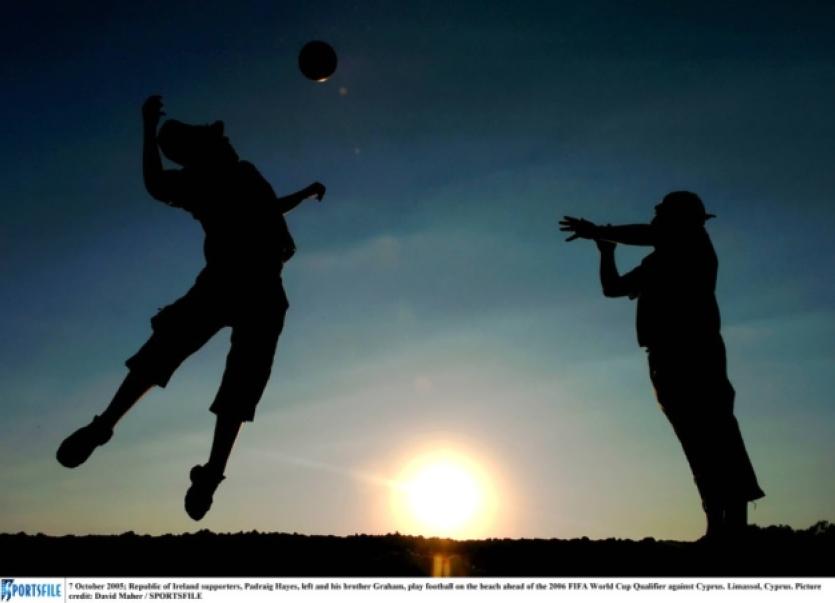 Our controversial and sometimes hard-hitting columnist, The Secret Junior Footballer, is to return to the Limerick Leader for the new local soccer season.

Our controversial and sometimes hard-hitting columnist, The Secret Junior Footballer, is to return to the Limerick Leader for the new local soccer season.

The column will once again appear in our Wednesday edition and is sure to entertain soccer supporters across the city, just as he did in his debut season.

The Secret Junior Footballer caused outrage last season when he referred to Wembley Rovers as the ‘Christmas Puddings’ in his festive awards while he also raised the ire of officials, referees and a number of other clubs in the Limerick District Leagues.

The reaction on Facebook has been particularly strong - and should be the case again this season.

The Secret Junior Footballer’s identity will remain closely guarded once again but he has played and managed across a number of divisions in the league.

In an interview to be published in next Monday’s Limerick Leader, the Secret Junior Footballer says it’s crucial he remains anonymous.

“I think it’s safe to say if I ‘came out’, I would have to avoid the Pike club bar for a little while. And the Boro club. And Rathuard. And probably most of the junior soccer pitches in Limerick.

“I’m happy to play my football and throw out a few ideas every now and then. I’ve been in dressing rooms where the subject of my column has come up but usually I choose that moment to strap up my ankles or my knees or any other part of my body rather than join in with any of those conversations.”

And despite the online criticism, he hasn’t been tempted to set up a Facebook account for the Secret Junior Footballer to respond.

“The internet probably has enough lunatics on it without adding one more. And I get enough grief at home without adding Facebook friends into the mix. I’m impressed with the moderator on the Facebook page though. He must be severely tempted on a daily basis to bar some of the nutcases but look, he called it No Holds Barred and once it’s online, it’s online forever.”

The issue of players being paid to move clubs is also something that he has been strong on a number of occasions too. And it’s a topic he will return to this season.

“I’m not sure it’s ever been proven categorically that players get a few quid for pulling on their boots but IF that were the case, surely that would make a mockery of a so-called amateur sport.

“I feel strongly about it and I think most right-minded football people do too.”