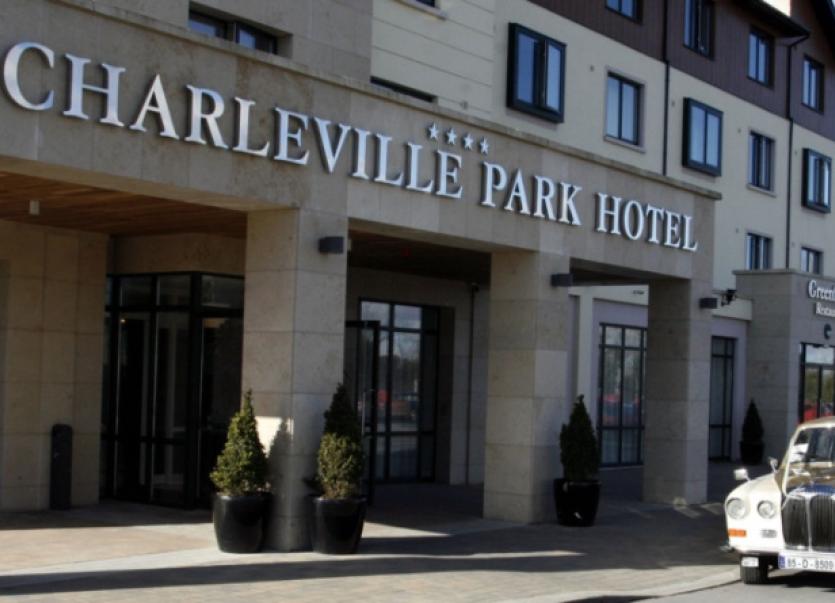 THE new owner of the Charleville Park Hotel - Pat McDonagh of the Supermac’s restaurant chain - says he has a few ideas for the 91-bedroom establishment up his sleeve “but couldn’t be disclosing them just yet”.

THE new owner of the Charleville Park Hotel - Pat McDonagh of the Supermac’s restaurant chain - says he has a few ideas for the 91-bedroom establishment up his sleeve “but couldn’t be disclosing them just yet”.

Confirmation of the Charleville purchase for a sum close to €5m coincided with the McDonagh family opening the Barack Obama Plaza, a €7m-plus motorway filling station at Moneygall on the Limerick to Dublin road, with visitor centre commemorating the US president’s links to the village.

“It is sale agreed and the contracts are signed. We are looking forward to it. It is a hotel that is in a good location,” Mr McDonagh told the Limerick Leader this week of the Charleville Park Hotel acquisition.

“When it went into receivership, it was always going to be sold somewhere down the line. I expect that it will work well.”

In May 2012, a receiver was appointed to the Charleville Park Hotel by Bank of Scotland.

It had a price of €3.75m but was bid well above that by a number of interested parties, mostly Irish. It is now the third hotel owned by the McDonagh family, joining the Lough Rea Hotel in their native county Galway, and Limerick’s Castletroy Park Hotel.

Mr McDonagh who is familiar with the Charleville hotel from regular visits - he also has a Supermac’s outlet on the main street in the town - said he was attracted to property due to its location.

“I know the area reasonably well. There is a good passing trade and a good hinterland and catchment area. I think that it is a good property - a fine hotel.

“There is not an awful lot to be done - it is more decorative than anything else,” he said adding that he would retain the existing staff, saving about 80 jobs.

When pressed on his vision for the hotel, he commented: “We have a few ideas but we couldn’t be disclosing them yet.”

The hotel has 91 bedrooms and five executive suites. Other facilities include a 25 metre swimming pool, a gym and a conference centre/function room.

“The Castletroy Park is going very well for us and it was based on that, that we looked further afield and thought that there were further opportunities,” he said.

“There is a little bit of investment to be done in it as well but that is all part and parcel.

“There are certainly areas there is potential in. There are opportunities that can be developed going forward.”

Meanwhile, with the Barack Obama Plaza on the M7 Dublin-Limerick motorway, the Galway native is hoping to repeat the successful business model of locating a filling station, food halls and other services in one location.

“It is in a good location - it turned out to be good - when we bought it there was no mention whatsoever of Barack Obama,” he smiled.