Limerick’s Shannon bridge could be renamed after JFK 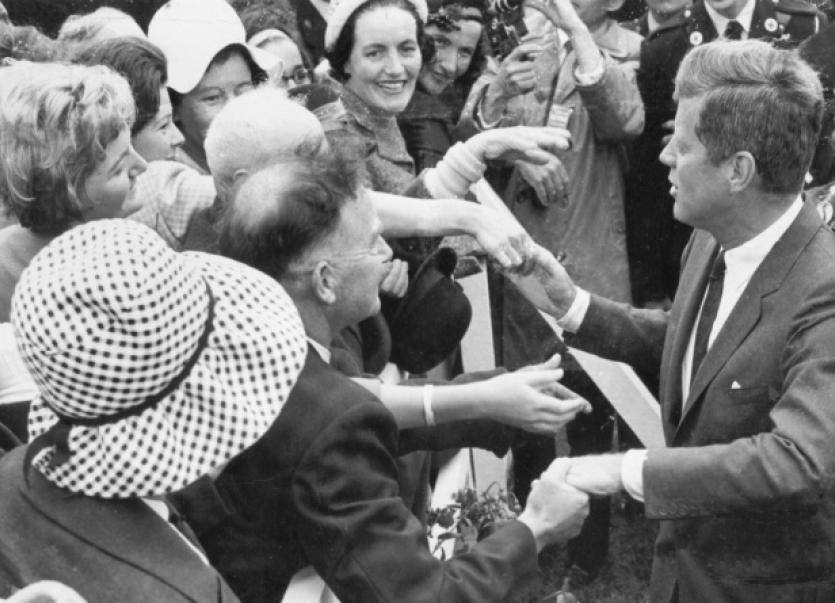 THE PUBLIC is being called on to have their say on a proposal to rename two of the city’s landmark locations in honour of JFK and Brian Ború.

THE PUBLIC is being called on to have their say on a proposal to rename two of the city’s landmark locations in honour of JFK and Brian Ború.

Council members have unanimously voted in favour of gauging public opinion on the renaming of the Shannon Bridge as John Fitzgerald Kennedy Bridge and the area at Merchant’s Quay, in the vicinity of Limerick City Hall and St. Mary’s Cathedral, as Brian Ború Square.

JFK had close ancestral ties with Limerick, was a Freeman of Limerick and also visited the city during his 1963 trip to Ireland. This year also marks the 1000th Brian Ború’s death following his victory over the Vikings at the Battle of Clontarf. The King of Munster and the last great High King of Ireland was also born on the banks of the River Shannon at nearby Killaloe.

The proposal to rename the well-known city locations was the subject of a notice of motion by city councillor Pat Kennedy.

extraordinary contributions to the advancement of Limerick, Irish and international affairs.”

Mayor of Limerick, councillor Kathleen Leddin said elected Members of Limerick City Council carefully considered the proposal put forward and have decided that the people of Limerick should be consulted.

“I would urge anyone with an opinion on the matter to make a submission during the coming weeks so as to guide the council in its future deliberations on the proposal.”

The Mayor said the proposals will be discussed again today at City Hall, and speaking to this newspaper last night, said she can’t foresee any objections from the public.

“Nothing is set in stone yet,” she added, “But we are very lucky that President Kennedy visited us here, and gave a spectacular speech. It was a major event, which left a lasting impression, and should be recognised.”

Members of the public are invited to make submissions in relation to the proposed renaming of the Merchant’s Quay area and the Shannon Bridge at Lower Mallow Street on or before 4pm on Monday, February 10 to the corporate service department in City Hall, Limerick, or by email to info@limerickcity.ie.