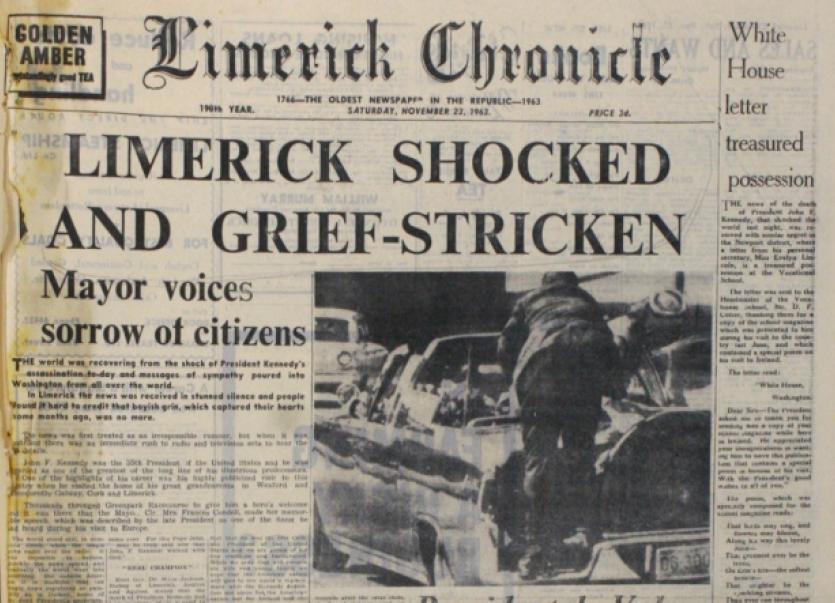 “IF WE’RE going to sell Limerick, we have to sell what’s unique to Limerick”, said a city councillor this week, in supporting calls to rename Merchant’s Quay as Brian Boru Square.

“IF WE’RE going to sell Limerick, we have to sell what’s unique to Limerick”, said a city councillor this week, in supporting calls to rename Merchant’s Quay as Brian Boru Square.

Independent councillor and former mayor John Gilligan said he originally proposed this name-change “quite some time ago”, while councillor Pat Kennedy has called for the Shannon Bridge to be renamed after JFK, following his famous visit to Limerick in 1963 - just months before he was assassinated.

However, both motions, whilst receiving the unanimous support of councillors, appear to have polarised public opinion.

Many callers and readers of the Limerick Leader, in writing letters to the editor, have expressed bemusement at the name change, which they fear will add to the taxpayer’s already depleted public purse.

Instead, some members of the public have called for the bridge to be named after Frank McCourt, Richard Harris, Willie O’Dea, or Des O’Malley.

Others called the JFK name change “lazy and oleaginous”.

But Cllr Gilligan said the cost of erecting plaques in both areas is likely be to minimal, possibly a few hundred euro.

“After all it was the Vikings that founded this city, but it was Brian Boru that built the city, including the magnificent cathedral that we have. I think it’s much more appropriate to have it called after someone of relevance to the city, from a historical point of view. Everybody has heard of Brian Boru, so it is a name that means something, whereas Merchant’s Quay means nothing,” he said.

Cllr Kennedy said he believes the council has a “marvellous” chance to honour JFK, and in doing so, make an historic link with Mayor Frances Condell, who welcomed him to the Greenpark racecourse in Limerick on June 29, 1963, as the bridge connects with the Condell Road.

He pointed out that President Kennedy had planned to visit again, until his tragic death in November 1963.

Submissions can be made on or before 4pm on Monday, February 10 to the corporate service department in City Hall, or by email to info@limerickcity.ie.