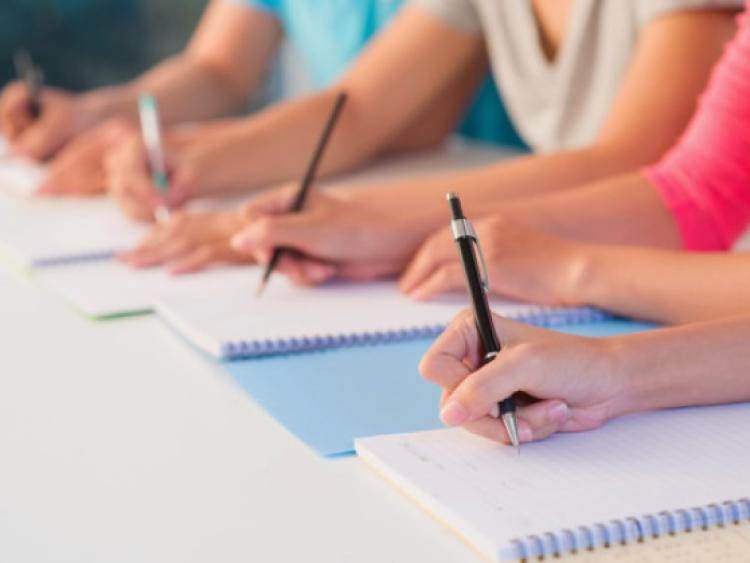 I NEVER thought the day would come when I’d be defending an antiquated state examination, but I think we should all be wary about rowing along with Ruairi Quinn’s vision for education and the abolition of the Junior Cert. For a start we don’t know enough about the new plan to be able to make a rational decision about whether to support it or not. Secondly, we haven’t really been asked for our views, have we? And this can’t be good.

I NEVER thought the day would come when I’d be defending an antiquated state examination, but I think we should all be wary about rowing along with Ruairi Quinn’s vision for education and the abolition of the Junior Cert. For a start we don’t know enough about the new plan to be able to make a rational decision about whether to support it or not. Secondly, we haven’t really been asked for our views, have we? And this can’t be good.

I’m in the minority, but I greatly fear that the examination system which served us well for so long is being bulldozed away in favour of half baked psychologies that haven’t really worked on the other side of the Irish Sea. And in the constant state of paranoia which I currently inhabit, I get into a panic every time I see a JCB. I greatly fear that education is being manipulated and directed by the needs of big business and that the multi-nationals are conspiring to knock the indomitability out of the Irish, once and for all.

That isn’t to say that the old Junior Cert wasn’t in need of urgent reform. In recent years, in particular, it has been exaggerating the national genius to a ridiculous extent. In 2011, over 500 kids got at least eight A’s in the exam, which means that evolution has accelerated dramatically since my day, or the test papers weren’t as challenging as they once were. No wonder the multi-nationals think we’re trying to hoodwink them. We’re blinding them with our intelligence.

Surely the best way to restore credibility to the exam was to up the ante and make it tougher to tackle, as they are starting to realise in Britain. But then, every time we try to follow in the footsteps of our neighbours, off they go on another track – just to confuse us I believe. We should know better than to trust the  Brits.

Educational psychologists reading this – if there are any – are probably tearing their hair out with frustration at the crudity of my argument. What do I know about the different ways of learning and the realisation of individual potentials? I listened to one of them recently and came away with the view that I was born too soon. I think I would have liked to have been part of a child centred programme, with less and less importance attached to examinations. I certainly would have liked the idea of never having to wear the dunce’s cap and never ever having to hear that I was wrong. My own 15 year old confidence was once dented by a geography teacher who gave me zero out of ten for an unrecognisable map of Ireland. In fairness, the drawing did suggest that the Emerald Isle had undergone a cataclysmic upheaval that very morning. But I got over it. If it were now, though, I’d be getting some marks for my amazing piece of impressionism.

In this brave new world, it seems, the pressure is being lifted from the tender shoulders of 15 year olds who are to be shielded from anything that smacks of failure. It’s all about building their confidence, I’m told, and giving them a love of learning that will open all human experience to them – which is a very laudable ideal. Cynic that I am, however, I greatly fear that we will produce a generation of wimps if we’re not  careful.

They won’t even have to arrive at a right answer anymore in order to achieve a commendation. Brave new world, my foot!

Maybe we should pay some attention to teachers, before the profession becomes entirely irrelevant to Irish education. The teachers are making noises at the moment about resources and proper training, but I think they are even more concerned about being forced into a position where they will become mere facilitators, while the pupils take over the classroom and decide what they want to learn. Oh Lord of the Flies, where is it all going to end?

But we still have time to reflect – three years in fact - and instead of listening to all the tiresome psycho babble, we could re-install education on its loftier heights and insist on restoring Latin to the second level curriculum. Ignore Ruairi: he never really liked Latin, by all accounts.

By the way, the reason why the new JCSA – the Junior Cycle Student Award - is taking three years to phase in, is in the words of the Department, to enable all teachers and schools enough time to be “embedded in the project”.

Now if there’s one thing that disturbs me more than a long goodbye, it’s the word ‘embedded’, especially when it’s used in official jargon. I’m thinking of the journalists who covered the war in Iraq while “embedded” with the US troops on the road to Baghdad. I honestly couldn’t bring myself to believe a word they wrote or uttered.

Forgive me then if I’m sceptical about the abolition of the Junior Cert and the introduction of the JCSA. At the moment for want of clarification, I can’t make up my mind whether it’s a misguided attempt to reward mediocrity or a clever ploy by Google et al to control our thought processes and curb our flights of fancy. Maybe it’s just a desperate attempt to save money.

What I do know is that it sounds suspiciously like the GCSE which currently tests the abilities of 15 year olds across the water. This shouldn’t surprise anyone, seeing that we’ve taken most of our cues in self administration from that direction since the foundation of the State, but surely we could have displayed a bit of originality with the  title.

The only trouble is that they are now having second thoughts about assessment by teachers, and are planning instead to make exams much tougher by pushing up the pass mark in all subjects. Now, why didn’t we think of that?