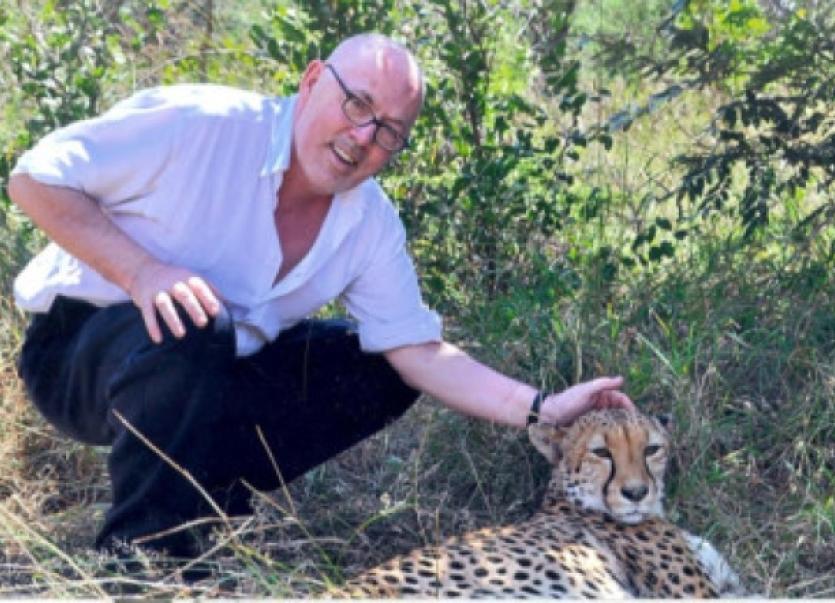 Born in Dublin, my father, Christy, from Kerry, worked as a publican and my mother, Esther, was a ‘Dub’.

Born in Dublin, my father, Christy, from Kerry, worked as a publican and my mother, Esther, was a ‘Dub’.

When I was two all the family moved to Limerick to support my grandfather whose wife was ill. He had been a builder and had built a row of houses on the South Circular Road beside Mary Immaculate Teacher Training College. In the 1950s my father opened his own public house in Clontarf Place, off O’Connell Avenue; it was called ‘An Tarbh’. This was named after the previous owner who was a well known rugby player and the original Bull Hayes. He later sold it to another Limerick icon, the trumpeter and band leader, Bud Clancy.

My first school was the original Gael Scoil (the Model on O’Connell Avenue) where every subject was taught through Irish.

To this day I still do arithmetic calculations in my head ‘as Gaelige’. After that I attended Sexton Street CBS Primary and Secondary Schools. In later years, I entered a post-graduate course in Community Music, at the World Music Centre, at the University of Limerick (UL), graduating with a Masters Degree in 2002. This led to a brand new career in teaching, coaching and training. However, I continue to perform with my musical group, Don O’Connor’s Celtic Fusion, both at home and abroad.

The defining moment of my life is vividly portrayed in one of my educational mini-musicals entitled Everyone Can Do Something.

This tells the story of my mother’s perceptive encouragement and my relationship with my older brother, the former Munster and Garryowen prop forward, Mervyn. It illustrates that in families, although brothers can be as different as chalk and cheese, each must be encouraged to develop their own particular talents. My song writing and recording career stretches back forty years to 1973 when I’m Gonna Get You won an RTÉ Television Original Song Contest for my first group Reform. Our biggest hit was You Gotta Get Up, written for the National Song Contest in 1978, and our album, One For All, was released in 1979. The group finally disbanded in 1985. I then formed my current group Don O’Connor’s Celtic Fusion, which has travelled the world. Last year, we toured in Africa (where the above photo was taken) and this year appeared at festivals in Switzerland and Germany, as well as in Ireland.

Over the past couple of years I have been involved in a compositional and performance capacity with a European Cultural Outreach Programme.

This is primarily designed to bring the music of Botswana to a wider audience. It necessitated me making a number of trips to Africa where I collaborated with the cream of that country’s musicians and singers. We subsequently performed together at festivals both in Africa and Europe. We also co-wrote and recorded the album Kalahari Roses which has been tipped to win album of the year in Botswana. Funnily enough my father always harboured a strange obsession with making a name for himself in Africa. So in line with an unconscious desire to fulfill the dreams of my parents I carved out an all-round stage career for my mother and for my father have lately become the proverbial ‘Big’ in Botswana.

A number of the compositions on my latest album are directly linked to a major project that I am launching in the new year.

For example, I have written a series of educational mini-musicals with themes such as; Bridging The Divide and Pride And Courage. The latter was staged in front of a sold-out Limerick University Concert Hall (UCH) audience recently. It featured 90 intellectually disabled service users on percussion, vocals and drama, along with choir, band and a special guest, Brendan Bowyer, who sang one of my new compositions Carve Their Names With Pride. The show was featured on RTÉ’s Nationwide and a copy of the broadcast made its way to Europe and Africa.

Subsequently, I was invited to teach at a special needs centre in Botswana.

At the culmination of the project I staged another of my musicals, the aforementioned Everyone Can Do Something. The purpose of these Mini-Musicals was to empower people’s lives through the twin-track approach of performance arts and positive psychology coaching. To illustrate the power that music has to touch and change lives I wrote my song If It Were Not For Hope The Heart Would Break In Two. This is from another of my musicals (Bridging The Divide) which will feature on a YouTube clip of me conducting music classes with pupils from St. Vincent’s Lisnagry Special Needs School. I am currently the community music teacher there.

The single biggest influence on my career was my mother.

When she was a teenager she wished to pursue a stage career, but was dissuaded by her father, who considered it ‘un-lady like’. There are many examples of her encouragement, character and perception but the best one is the following. Growing up, as well as having an interest in all forms of entertainment, I was also a huge sports participant. My favourite sport was hurling and when I was in second year, I was picked to represent Sexton Street CBS School, which was a great honour. The problem was, however, that the first CBS Pipe Band had just been formed and I was anxious to learn to play the drums. Band practice clashed with hurling practice, however. My mother was duly summoned to a meeting with the hurling coach who stated empathically that he wanted me to stick with the hurling. However, my mother made the fateful decision that I should go with the band practice stating prophetically: “Whatever chance he has of making some money with the music, Brother, he will make none with hurling.” Thus, was my future sealed!

A DVD of Reform in concert will be on release from January 2014 to raise funds for St Vincent’s Special Needs School, Lisnagry. Please order copies from: donoconnor1@eircom.net