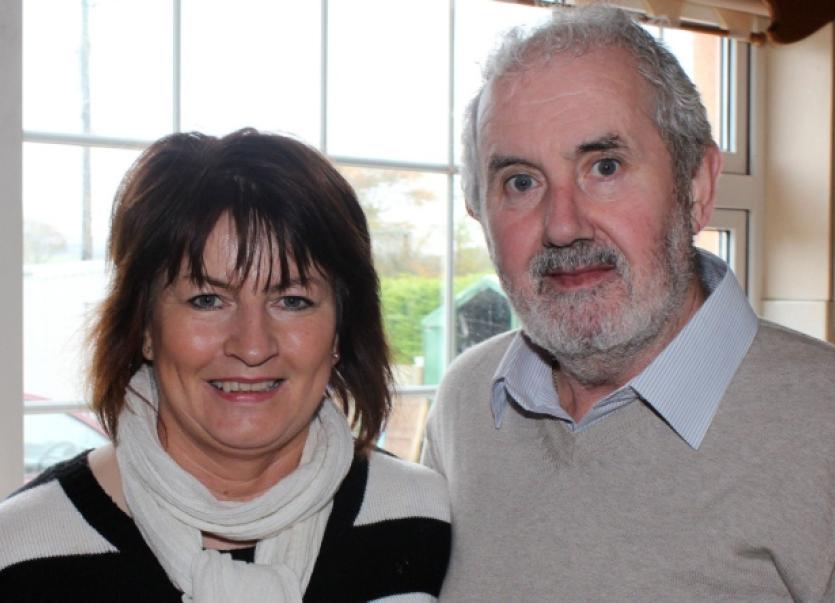 A COUNTY Limerick man is back in the arms of his family after drug smuggling charges against him in France were struck out.

A COUNTY Limerick man is back in the arms of his family after drug smuggling charges against him in France were struck out.

Sean Ryan “Thadger”, from Cappamore, spent 18 months in a foreign jail for a crime he did not commit. There were jubilant scenes when the decision was announced at last week’s court of appeal at Douai, near Lille.

A statement from the family to the Limerick Leader states: “Sean had been wrongly accused by the French police of complicity after a truck driver, who was sub-contracted to him, was stopped at a customs checkpoint in France in July 2010.

“Customs officials found a quantity of drugs in the trailer that was being transported back to Ireland from Holland for one of Europe’s largest freight companies.” It is understood it was a major haul of heroin.

The original guilty verdict was immediately appealed but they had to wait 18 months while Mr Ryan languished in prison.

The 59-year-old said it was shocking that his wife and family had to be put through this ordeal by the French system, “all for nothing”. He is very critical of the French police involved.

“It looks like they tried to make a bigger case out of it and had little care for the real facts. It came as a shock that the first court sided with them. What has become clear is that in northern France there is a record of rough justice in dealing with Irish continental drivers,” said Mr Ryan, who added that he owed a huge thanks to friends and neighbours who were supportive of his wife Joan and family through it all.

“Life throws enough challenges at you without having to deal with wrongful police allegations in a foreign country. But the day of vindication has finally arrived.

“Most of all I’m glad to have my name cleared by the appeal court. We are grateful for that and for all the support and goodwill that we have received at home. Now we can start to re-build our lives again,” said Mr Ryan, who runs a well established haulage contractors.

Their statement say the decision of the appeal court finally confirms that the police case against Mr Ryan had no real basis. “They had painted an incorrect picture of events, based on supposition and theory. The appeal hearing amounted to a fresh hearing of the full case in front of a higher court.

“They announced that the decision of the first court was reversed, all charges against Sean were struck out and the president of the appeal court conveyed their apologies to him.”

When Mr Ryan was sent to jail his wife said they all knew he was innocent and they would continue to work to achieve justice.

“Sean kept strong all the time. He always said that it would come right in the end. He was the one keeping us strong. Being allowed telephone contact was a lifeline. That and the support of friends and neighbours got me through,” said Mrs Ryan.

Mr Ryan’s son Shane and brother Michael had travelled over to France and accompanied him on the journey home.

On arrival at Dublin airport they were met by family, relatives and friends. Since he came back to Cappamore on Friday morning Mr Ryan said all the locals he has met shook his hand and said “welcome home Sean it is great to see you”.

The Department of Foreign Affairs and the Irish Embassy in Paris were helpful in arranging times of visits, because their staff spoke the language. Beyond that they take no role whatsoever in dealing with the case, he said

Mr Ryan paid tribute to his lawyers in France for their work on his behalf.

“There was always the worry that the appeal court would rubber stamp the decision of the first court. Overturning a court decision is never an easy task. But to overturn such a serious decision, and in a foreign country, is a massive achievement.

“A lot of work was done and a lot of prayers were said,” said Mr Ryan, who especially mentioned the work done by his eldest son Shane, with the help of his brothers Timmy and Michael.

“They did everything that could be done both here in Ireland and with the lawyers in France to prepare for the court hearings. They just wouldn’t rest until justice was done.”