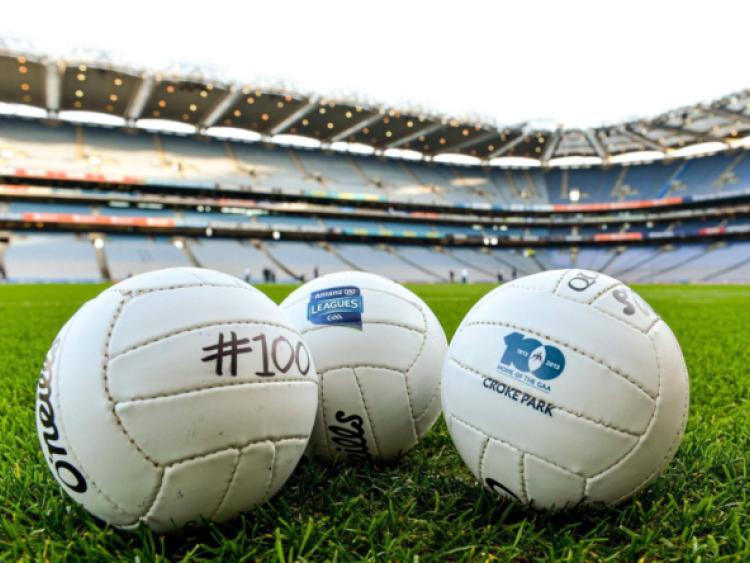 In his Limerick Leader column, Martin Kiely looks back on the Limerick SHC action last weekend and reckons Adare’s John Fitzgibbbon is well capable of stepping up a level.

In his Limerick Leader column, Martin Kiely looks back on the Limerick SHC action last weekend and reckons Adare’s John Fitzgibbbon is well capable of stepping up a level.

They didn’t live up to expectations. Supporters of hurling had hoped that last weekend’s senior hurling quarter finals would have produced some games of quality but for the most part they never lived up to what one would expect at this level.

We are now well into the business end of the championship but such was the poor nature of most games we are still a little unclear as to who might yet win this championship.

It hasn’t been a great year in the local club scene and very few if any games stick in the mind for the quality of hurling. Many teams are struggling to compete and it was a difficult weekend for some teams who made the drop to Premier Intermediate level next year.

Time will tell as to the benefit of that competition because those that lost senior status will find it a difficult journey back to senior level and many of those that voted in favour of the new structures must now suffer the pain in a very real way. I’m not so sure it will benefit Limerick hurling in the long term either and in reality the new structures only passed with the votes of the top table. The clubs who voted against had the majority on the floor.

For me the hurling weekend was rescued by the opening half between Adare and Ballybrown. We had some good hurling but one player stood out - John Fitzgibbon. He has been hurling well since the championship started and his move to midfield has seen his stature as a hurler grow with every game. In the Gaelic Grounds last Sunday Fitzgibbon produced a master class of how midfield should be played.

He has good hands, is blessed with skill, pace and balance and that makes him one of the finest stickmen playing the game in the county at the moment. I didn’t have to wait to see Fitzgibbon last Sunday to know of his abilities but it’s sad that a player well equipped to play the modern game was not at the very least part of the Limerick senior panel this year.

The young Adare man scored seven points from play against Ballybrown; he did so off either side but his ability to find space played a crucial part in his team’s march towards the semi final of this year’s hurling championship. John Fitzgibbon is not yet the finished article and he will know that but he is developing well, he has a superb dedication to the game and that will assist his progress. But it will take him some time to adjust to the game at a higher level if he gets the chance I feel he now deserves.

Adare looked impressive in the second half and the couple of goals ended what was a very impressive opening half by Ballybrown. Adare have problems and Dave Keane is around long enough to know his team has lots more to do if they are to win the Daly Cup. But his knowledge of hurling will allow him fine tune his side in advance of the semi final.

Other teams might well have punished the Adare full backline and I would expect this unit to be in more control next time out. I feel Adare will have learned a lot from this game and I do expect them to improve even further. They have some really good stickmen who will be able to respond as the pressure grows.

Ballybrown, back in their first year at senior level, have made progress and they are going in the right direction. Many of the players are young but their over reliance on Alan O’Connor in attack to score proved once again costly. Ballybrown have brought a lot to this year’s championship and I expect them to continue to develop.

The margin between some of the teams was pretty alarming. Na Piarsaigh were never in trouble against Ahane and ran out easy winners by 18 points. Na Piarsaigh, champions two years ago, still have many quality players and on their day won’t be too far off winning the title back. While winning by such a margin I still think Na Piarsaigh are a bit off the pace of two years ago and they will need to improve from here on in.

Ahane were physical and you got the sense they were trying to soften Na Piarsaigh a little but that alone was never going to be good enough against a team that had much better balance and composure.

Kilmallock were easy winners against Knockainey and while they will be glad to win they have received very little challenges so far in the championship. Kilmallock have lost some players and they are missed but until beaten they are still serious contenders for yet another title.

Doon could yet be the dark horses of this championship. They are making steady progress and from what I have seen they will hold their own with any of the remaining teams. Youth is playing such a big part in their team and it shows how senior hurling has changed that they have five minors on their starting team.

The semi final draw sees Kilmallock against Na Piarsaigh and Doon must face Adare. These look like two good semi finals and we can only hope we get a better atmosphere in the Gaelic Grounds than we had last Sunday.

It would make solid sense to play these games out the county and this would help build the sort of atmosphere required for these games.

Tough times for clubs that make the drop

It was a difficult week for senior teams in the South Division as four senior teams dropped back to Intermediate hurling next year.

Garryspillane, Croom, Hospital Herbertstown and Bruree are the first teams to find themselves down as the new system comes into place in 2014. These clubs have given great service over many years and have also provided some outstanding players to Limerick teams at all levels. Many of them will find it difficult to return but I am pretty sure all will make a huge effort to stay only a short time at intermediate level.

It’s ironic that the vast majority of the intermediate teams are in the South and we are sure to have some great local battles next year. Patrickswell, Effin, Murroe Boher and Granagh-Ballingarry held on to senior status and that will be a source of pride to those clubs.