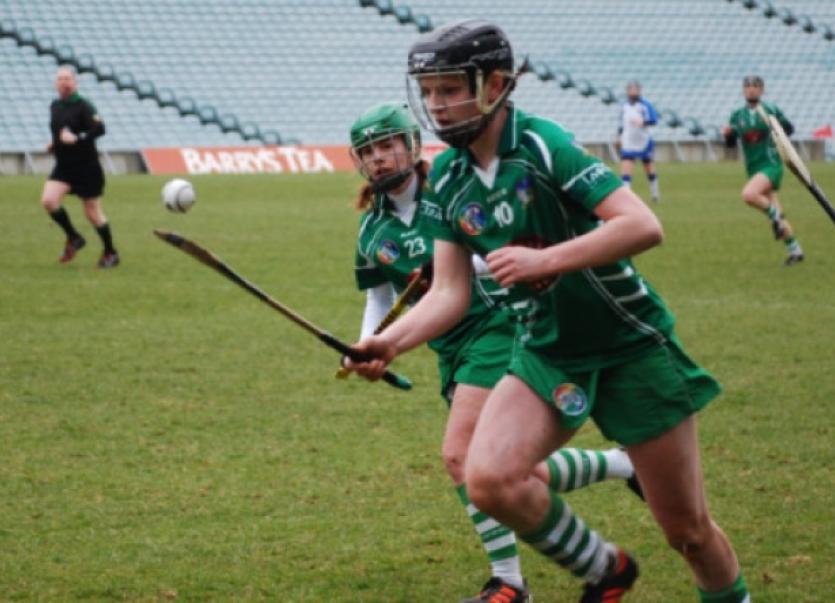 LIMERICK bid to return to a national camogie final for the first time in six years this Sunday when they play Kilkenny in Waterford at 1.30.

LIMERICK bid to return to a national camogie final for the first time in six years this Sunday when they play Kilkenny in Waterford at 1.30.

The county intermediate team play in Division Two of the National League and travel to Walsh Park in Waterford for the semi-final of the competition.

The second string of Kilkenny provide the opposition as Limerick bid to repeat their Division Two success of 2007.

What a twelve months it has been for Limerick camogie.

Its not even a year since Limerick struggled to get a full panel of players into training for the All-Ireland championship.

Joined by selectors Anne Herbert and Joe Sheehy, Quaid had Limerick up and running prior to Christmas.

“We started back training on January 7 and it was mostly strength and conditioning and fitness work at the start,” outlined Quaid.

“We brought Andy Murphy on board for the fitness and everyone got individual programmes and we do fitness tests every 8-10 weeks.”

Quaid is very much of the mantra that ‘you get back what you put in’.

“We are running a very professional ship and all the girls have responded. I have to say that they are great to train and have done everything that we asked of them,” said Quaid.

“At the start of the year we set out to use the league to see players and get everything in order. The championship was always the target for us.”

The championship is still some time away with June 22 the start of a hectic schedule that will see Limerick play on four successive weeks.

“We are making progress every week. The county minor team did very well in the championship and we are after bringing more of that team into our panel. We have 37 girls on our panel at the moment and there is great competition,” explained Quaid.

“The young girls are great and I can tell you that we would not be afraid to throw any of them into games.”

Limerick’s league saw them beat Antrim, Wexford, Meath and then lose to Waterford. That meant that Limerick needed to beat Galway in the final round.

“The way it turned out that was effectively a quarter-final because who ever won it would progress,” outlined Quaid.

“Sunday will be a great bench mark for us. We have come a long way but ahead of the championship we still have a lot of training to do.”