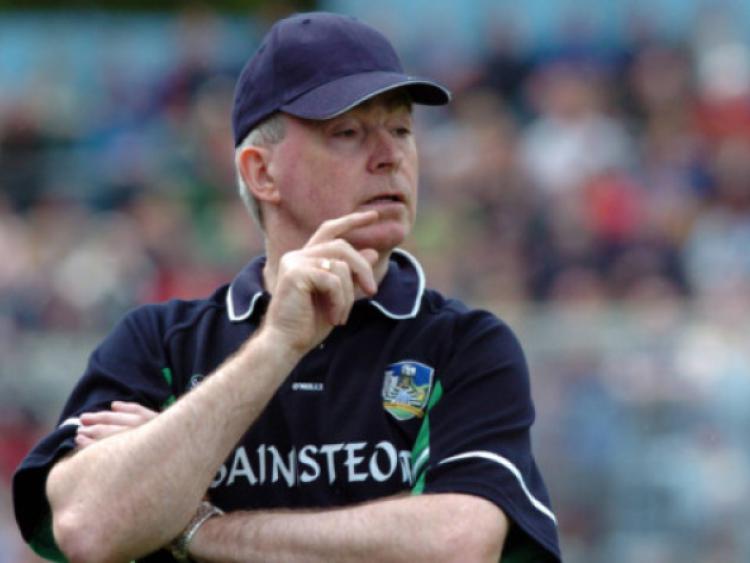 In his weekly Limerick Leader column, Martin Kiely speaks with Joe McKenna about the underage hurling structures in Limerick.

In his weekly Limerick Leader column, Martin Kiely speaks with Joe McKenna about the underage hurling structures in Limerick.

Over the past couple of weeks I have taken some time to observe the work being done with various underage hurling teams in Limerick.

The people in charge, the players and their parents all make a very special effort and it was a joy to see such a committed effort from so many people. I

n recent years Limerick have started to raise the bar as far as development of our young players is concerned and in this regard former Limerick great Joe McKenna and his implementation group are playing a vital role in making sure the supply lines are in place for future Limerick hurlers.

Joe McKenna is at a time in his life that I’m sure he could find other things to be doing but instead he and his group are making a telling contribution by supporting management and players in a variety of levels that will help in the long term development of the players, coaches and clubs.

The former South Liberties’ star has always kept a low profile and has never sought the limelight. Instead he adopts a quiet approach of making sure the players from U-14 to minor in Limerick are well looked after. It took a few attempts to get Joe McKenna to the table but last week we managed to talk Limerick hurling.

Joe McKenna played for 14 years at senior level for Limerick and during that time he won four Munster titles, one All-Ireland and six All Stars so when it comes to knowing what’s required at the highest level in hurling few know it better than McKenna.

A few years ago McKenna, with the support of a small group, set up what is now known as the Implementation Group, so how has he found things in Limerick?

“I suppose the first thing to say is that many people in the past have done some great work for Limerick at underage and it’s important that I pay tribute to the many hours they have invested in Limerick GAA Our role is to help and assist what the County Bord na nOg and County Board are doing. We want to create an environment where players and coaches at various levels are developing and by doing so we will have players and coaches for the long term good of Limerick GAA”

Within a short time of chatting to big Joe I got a sense of the passion and pride he has for Limerick hurling. He takes time to answer each question but every now and again he drops his guard and talks about how great it would be for Limerick to have success.

“I met Mick Mackey for the first time when we got back to Limerick after winning the All Ireland in 1973. I was in awe of the man and he spoke about 1940 and how the years had passed without success. I thought to myself that will not be the case in the future as I felt Limerick hurling was in a good place. Little did I think that forty years have pasted and we are now still looking for success. The main focus of our group is to build a consistent level of performance amongst all our underage teams. We want to have structures in place that will ensure we pick the best players for our underage squads and also have a system in place that will see these players reach their true potential. Other counties have had a head start on Limerick but we are working hard to bridge that gap and I would have to say that we are getting great cooperation from so many at various levels in Limerick”.

One of McKenna’s ambitions is to improve co-ordination among the various age groups and bring about a more coherent structure for underage hurling in the county,

“We have a strength and conditioning programme in place and through Jerry Wallace we have a hurling coach whose role is to mentor and support the work of underage hurling coaches. Our aim is to help and support the work of our management teams and County Board – we are learning too but together we will improve. The role of the underage squads is to provide all players in Limerick squads with the maximum opportunities to develop their hurling abilities to their full potential. This can be done by providing best possible facilities, coaches and structures to our players and their parents”.

Spending time with Joe McKenna reminded me of long chat I had with Donegal manager Jim McGuiness last year, he was always talking about how respect is so much a part of what they do and how players, management and all involved had to remain loyal to that – this was Joe’s version.

“We need to remain true to our core values which are to instill a love of Limerick hurling, respect for the jersey and hard work ethic in our young players. Our young hurlers also need to develop a mental toughness and an appropriate attitude if they are to make it to the top and that’s what everyone wants for Limerick hurling”.

Sound words indeed and I think those words could be adopted at all levels in Limerick because if all involved were to follow them then it would be a great starting foundation.

The easy thing for Joe McKenna to have done would have been to turn his back on Limerick after his short term in charge of the senior hurling team. Many others who played for Limerick chose to end their association once they finished playing but McKenna, who won four Limerick championships with South Liberties, learned from his experience as manager and is now trying make things better for Limerick.

“It was a short run for me at senior level and it didn’t work out, it was a difficult time but it became clear to me from my short spell that the job is impossible unless you put good support systems around the manager. We are now trying to do this at underage level – the day for giving a guy a bag of hurleys and telling him ‘you’re the manager’ is over. Things have moved on so much and unless we help the people we appoint then we have no chance. We are working from the ground up and now we would hope that others will work from the top down and if that happens I think our day will come in the near future”

Having spent the best part of two hours discussing Limerick hurling with Joe McKenna it’s very clear he has spent the past couple of years learning and quietly asking people how they see Limerick hurling. He speaks from a position of having invested many hours into seeing where Limerick hurling was at and where it might go to in the future. Over the past couple of years changes have been made and in some cases change will always meet with resistance but the former goal hero said: “We don’t have any agenda, the only agenda we have is to try and bring Limerick hurling forward. Our plan is to try and get the best people possible working with our players and put in place a system that brings out the best in all concerned. I would really like to pay tribute to the very many players, coaches, support staff and parents who make such a great effort for the sake of Limerick hurling and I and those working in our group are very proud of the efforts everyone is making. Hurling in Limerick belongs to no one person, each player, each mentor, each club have a part to play and it’s important that we never forget that. Some people might like to think that it’s all about them but we need to be very honest - it’s all about what the green and white means to those following our games. Limerick are finding it hard to make the break through but it will come in the near future and that can only happen by us all working hard and together”.

The culture within our underage teams from U-14 to minor needs to be seen to be believed - I saw firsthand how young boys from all parts of Limerick looked up to their coaches, they ran from the dressing rooms like young lambs in spring. They ran on to the field with smiles on their faces and dreaming of big days in the Limerick jersey. Not all will make it, of course, but deep in their hearts for now they believe they are going to score the greatest goals in the biggest games.

Joe McKenna is building a foundation for success. It will take time to settle but from what I am seeing we are going in the right direction.

It’s a time for all who really love Limerick hurling to put their shoulder to the wheel and not be throwing nails in the road like some have tried in recent weeks.

Limerick hurling will survive those who think they are bigger than it and I hope the clubs of the county take time out to support what McKenna is doing and learn from the process so that their clubs can also develop.