Don’t Mind Me: ‘Fed me cigarettes, port wine and chocolates’ 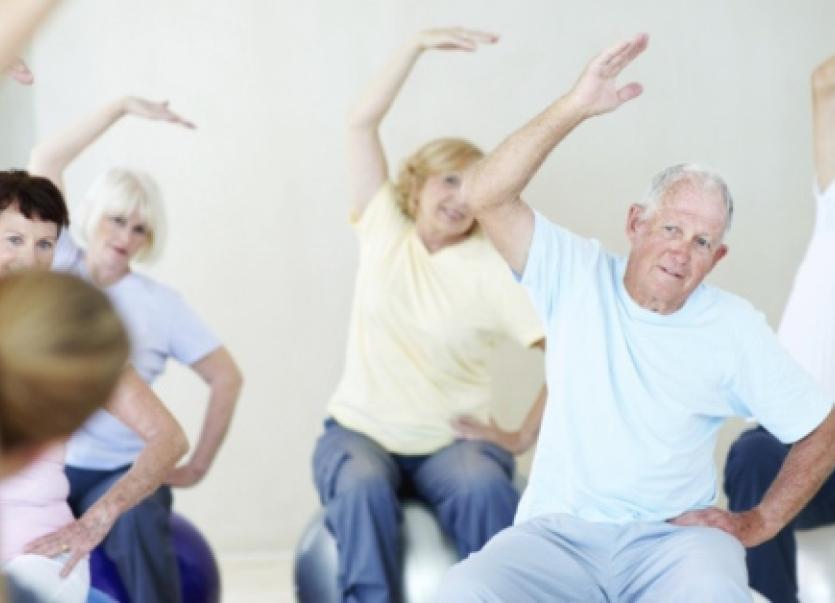 NOBODY likes to grow old, so the news last week that Ireland now has the 25th highest life expectancy in the world didn’t really leave me jumping for joy. Twenty-fifth isn’t exactly top of the class, is it? I came 25th once in a domestic science exam when I was in school and the nun asked the rest of the class to say a special prayer for my future husband, who would almost certainly succumb to malnutrition in his prime.

NOBODY likes to grow old, so the news last week that Ireland now has the 25th highest life expectancy in the world didn’t really leave me jumping for joy. Twenty-fifth isn’t exactly top of the class, is it? I came 25th once in a domestic science exam when I was in school and the nun asked the rest of the class to say a special prayer for my future husband, who would almost certainly succumb to malnutrition in his prime.

I would have thought, though, that at this stage of our development, with all our affluence, health awareness, mindfulness and nutritional obsessions, we’d have reached a higher ranking in the global life expectancy scale. Our performance is hardly cause for wild celebration! Iceland, for instance, is some 11 places ahead of us, so we can’t really blame the weather or the effects of the recession for a less than sparkling result. Maybe we’re still eating and drinking too much.

Personally, I think that if the Government raised the presidential cheque for centenarians to a more enticing figure, some of us would make a better effort to hang on for longer and do the country really proud. But what’s another year, you may ask? After all, the top ranking countries, Andorra and Japan, had only three years to spare on us.

The figures show that Irish people are now living to an average age of 80.4 years, six years longer than they did in 1990. Whatever happened in between has been good for our health, obviously. The expectancy doesn’t apply to everyone, of course. Just five years ago, a male member of the Travelling community could expect to live to 61.7 years. Three years ago, only 9% of the travelling community were aged over 50, compared to 28% of the settled community. So we’d really want to get our priorities right before we start basking in our longevity ratings in a global survey.

Anyway, although the rise in life expectancy worldwide is being hailed as “a triumph of civilisation”, there’s a sting in the tail as far as the figures are concerned. Apparently there’s a downside to living longer. Life expectancy may be on the rise, but we are now spending more years than ever living with illness and disability. So it’s not the length of your days that matters; it’s how well you age, and that, by all accounts, is entirely up to you. So you can stop blaming the genes.

The statisticians, in the interests of political correctness no doubt, and conscious of the fact that we’re all mad as hell at the news that the HSE is now investing more in managers than in cures, refrained from saying that we, the ageing population, are becoming a major drain on the health services.

Nobody came out and said that we should all be shot when we reached a certain age, especially if we insisted on dodging the 150 hours a week of aerobic exercise recommended for over 65s. But it is inferred, I think. Or is ultra sensitivity another consequence of ageing?

It is, however a bit disconcerting for some of us who have decided to grow old gracefully, or who are just in plain denial, to learn that it is now our solemn patriotic duty to do everything in our power to keep the effects of the ageing process at bay – seeing that we’re going to spend more time on earth than our ancestors did and that the honour of the country, not to talk of the burden on the HSE, is at stake.

Frankly, I don’t know where to start. Yoga, Tai Chi and ballroom dancing are out as far as I’m concerned. So is cycling. They say that once you learn how to ride a bike, you never forget. But the last time I mounted a bicycle, whatever control I once managed to exert over the force of gravity completely deserted me and I ended up in a crumpled heap on the side of the road, having suffered a fit of vertigo. Hardly conducive to healthy longevity, is it?

Shopping, cooking, vacuuming and other domestic duties don’t count as aerobic exercise apparently, because the effort just isn’t enough to raise the heart rate. Are they for real? The house has me withered. But what if I cleaned all the rooms at high speed, instead of sweeping under the carpet, while dawdling over boring chores and making a cup of coffee every time the task proved too daunting? Still not enough to bring up the heart beat, I’m told.

Is there any point then in being a domestic goddess, if it does nothing much for your fitness campaign against the ill effects of old age? All my contemporaries have a cleaner in, two days a week, but I suspect this is for effect, and that they’re all fit as fiddles themselves from scrubbing and polishing

Pushing a lawn mower, on the other hand, can add a whole five years to one’s life span. Typical! That’s the husband’s job, and I wouldn’t dream of interfering, but it is galling to think that he gets six extra healthy years for the task, while I’d only get five, and to think that I still have to nag him to cut the grass.

I’ll just have to take my chances with old age, I guess. I’m immensely cheered, however, to hear that the oldest woman on record, Jeanne Calment, who died in 1997, was never a fitness fanatic. She remained active, alert and wrinkle free to the age of 122, despite having lived on a diet of cigarettes, port wine and chocolate.

She did ride a bicycle though, but that was when she was a sprightly 100  years old.