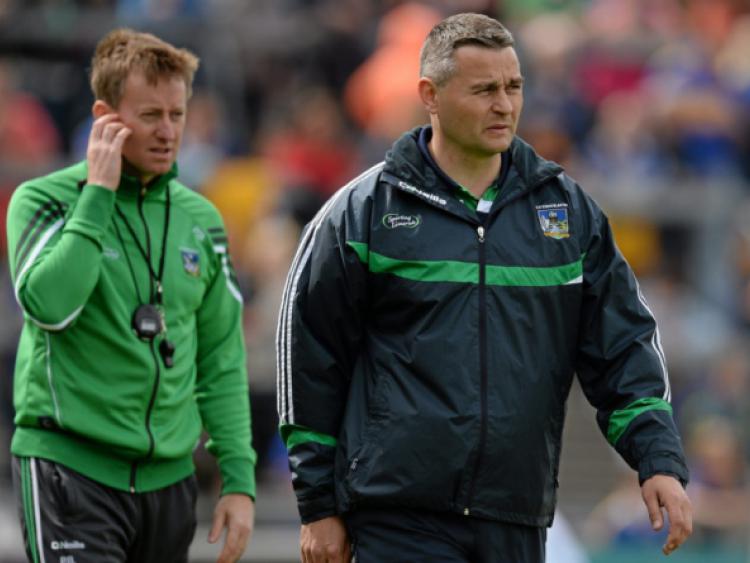 Disorganised, disjointed and disappointing are just some of the words one might use to reflect on Limerick’s biggest loss to Tipperary in the Munster championship in 53 years.

It was the day the wheel fell off the wagon as Tipperary blew Limerick away on the field and also on the sideline. It was very disappointing to see how the team performed. They showed promise last year but they have made no progress since. In fact they have not even stayed static. Rather, what we have seen is a major reversal of form.

The road map for this display was in place for the past few months because Limerick were shocking in the National League. Some of their performances pointed to a management team that had no plan in place and this was also the case last Sunday. I mentioned last week how I had watched Tipperary training. I pointed out the condition of the players and the hurling they were playing. Looking at some of the Limerick team it’s clear many are not at the required level of fitness to perform at this level. Tipperary played at a level that had so many of the Limerick team digging deep into their lungs to keep going.

Sunday was a strange day for me. I don’t often miss Limerick games but on this occasion I was pointed towards Nowlan Park in Kilkenny for the Kilkenny v Wexford game for my duties with RTE. I did pay a visit to the Gaelic Grounds before leaving and it was looking very well which was a credit to all involved.

I watched the game on TV alongside some great Kilkenny hurlers and since then I have watched it twice more. Limerick lacked tactical awareness and they never came to terms with the game plan Tipperary had.

The Limerick management were not at the races and most commentators had the same view. I have mentioned now for sometime about hard calls that needed to be made and not once has the management team made a hard call. Limerick suffered as a result of that last Sunday.

Management is about making hard calls and having the bottle to live with them. Sadly we have seen neither. This is not me having a go at them because I want them and Limerick to do well but the facts point to a team poorly trained, poorly coached and poorly managed.

They wobbled past the likes of Wexford, Laois and Antrim in the league and lost badly to Offaly, Dublin and just about got a draw against Waterford. The answers to last Sunday lie in the way the team was prepared for the league and now championship.

Former Tipperary great Nicky English wrote in the Irish Times: “Limerick were light years removed from the side that had put Kilkenny to the pin of their collars last August. There were signs during the defeat to Dublin in the quarter-finals of the league when they lacked fitness. It was a bit late in the league season to be struggling in those terms”. Last Sunday was worse than 2009 because then many of the team were on the way out.

Limerick did raise a gallop for a brief spell in the early minutes of the second half but they never looked like winning the game. Tipperary scored 4-19 from play with nine different scorers. The sort of mistakes that were made on the field and also on the line has left so many Limerick supporters fuming. I have been inundated with calls since last Sunday by very angry loyal hurling fans.

Tipperary scored 2-11 of their 2-12 halftime total from play. It could have been much more. Barry Hennessy will have reason to remember this game. His puck outs were poor, particularly those short ones but also the fact that he didn’t vary the long pucks too much either. He didn’t look at all settled in the goal.

The Limerick full backline were under massive pressure but also the half backline and midfield. Stephen Walsh was the extra man and he didn’t know what to do and former Limerick manager Donal O’Grady wrote in the Irish Examiner: “Stephen Walsh was left as a spare defender with no specific role, marking space”.

You need to be a very good player to play this role and need to be able to read the game and also have the skills to cope with time on the ball. I mentioned during the league how Stephen Walsh always runs with the ball and in lots of cases winds up losing it.

He was not alone as Richie McCarthy and Seamus Hickey were well beaten. McCarthy just could not cope with the movement and skills of Seamus Callanan. Seamus Hickey was taken apart by John “Bubbles” O’Dwyer. This was a master class from O’ Dwyer who showed balance, crisp hands and superb finishing.

The Limerick half backline was also in massive trouble, Gavin O’Mahony did have some good spells but overall they were hurling from the back foot. Tom Condon has served Limerick well but I said a few months ago that playing in the half backline would damage his hurling and it has. Corner-back is his best position.

The Limerick midfield lost the battle to Tipperary and just could not match the energy showed by McGrath and Woodlock. Paul Browne was fit to play but moving him to half forward and subs bench has destroyed his confidence. I have asked the question before - why was he moved?

Declan Hannon did start the game well, he finished with three points but they were all from loose play. He was unable to win direct ball. Indeed Limerick struggled to win puck outs and most ball in the air.

David Breen scored a point, was fouled twice which resulted in points and was taken off. I could name a few that could have gone before him. Donal O’Grady was better than previous games but was once again taken off. Shane Dowling finished the game with 1-7 with three of those points from play. Graeme Mulcahy found it difficult to make progress while Cian Lynch showed flashes but he was well minded.

Limerick have made no progress and only one new player has come through. Our young players have nowhere to develop and as previously written we are miles away from what new manager Derek McGrath has done in Waterford - 13 minors of the 2013 team, that Limerick beat in the Munster final, now on the senior panel. Where are our minors of the past few years? Why have they been overlooked?

Tipperary had no press night and kept it low key as Eamonn O’Shea said in an interview after the match “we send the message internal rather than external”, not so in Limerick. When will we ever learn? There is a huge amount of learning to be done on the line and on the field.

We saw lots of interviews last week but the words used did not match what we saw on the field but of more importance on the line. It’s time to focus on the business of hurling and what is required to get the team right. Limerick are facing a rebuilding job on the evidence of what we saw last Sunday. They have been given a life line with the draw but huge work needs to be done in a short time. Is it too late?

Finally a great gael passed away last week, Thomas Conway who loved Camogue Rovers and Limerick hurling. His passing was much too soon at just 39 and to his family and friends I offer my sincere sympathies