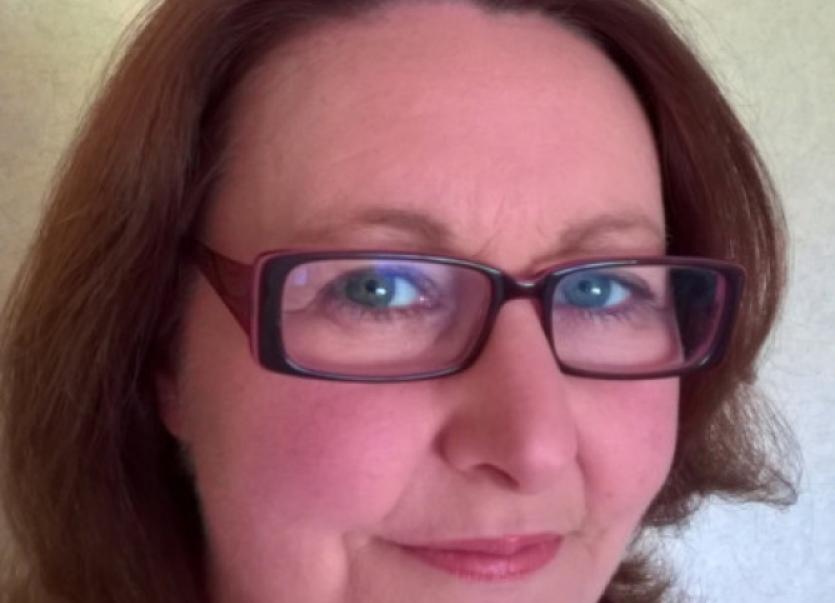 My home place, in Bruff, lies near Kilballyowen, and is small enough to know everyone yet big enough to be diverse as well.

My home place, in Bruff, lies near Kilballyowen, and is small enough to know everyone yet big enough to be diverse as well.

My education took place in the local girl’s national school, with only sixteen in my class. I, then, went on to Ard Scoil Mhuire (FCJ), which has since, unfortunately, closed. I am currently a member of the Drama League of Ireland (DLI) and for the last fifty years they have run a Summer School on various aspects of theatre. The tutors include Thomas Conway (Druid), Wayne Jordan (Gate and Abbey), Padraic McIntyre (Livin’ Dread) and David Horan (Lir and Bewley’s Café Theatre).This year, I will be acting and directing in a series of new ten minute plays commissioned exclusively for the DLI Summer School from reputable, proven, and up-and-coming Irish playwrights.

The ‘acting bug’ originated from my mother’s side of the family.

My uncle Desmond (McDonogh) was with the College Players in the 1960s, and family lore has it, that his ‘Charley’s Aunt’ was stunning. Meanwhile, my auntie Grace, first appeared on stage as a small child in ‘The King and I’ with the Cecilians, while a VCR still exists somewhere of my uncle, Clem, in Tops of The Town. Sadly, the great singing talent that they all share was not passed on to me. Other than Nativity plays, at school, I had no experience of the theatre until a friend of mine persuaded me to join Macra Na Feirme. From there, I migrated to Kilmallock Drama Society and have not looked back since. I was truly bitten by the ‘bug’.

Thus far, I have only done theatre work, and absolutely love it.

There is something about performing in front of a live audience, and the chemistry that exists between them and the actors that is overpowering. When the footlights come on, as an actor, you come alive. I have performed in plays as varied as Chekhov, Wilde, Synge, Thomas Kilroy, John B. Keane, Noel Coward and worked under Joan Sheehy, Pat Bourke, John Sheehy, and currently Robert Lee. I have, also, directed, Neil Simon’s ‘The Odd Couple’ and loved working on the script, and seeing the end product. I hope to direct again in 2016. Working with actors, of the calibre of Cora Fenton (Call Back Theatre), and Joe Mullins (Pilgrim Hill), allows you to learn so much. You, also, become an instant member of their family while in the rehearsal space, and later the stage itself, becomes a second home.

Scripts give actors another character to study, explore, and empathise with.

Although, you can become someone else, mentally and physically, there are often similarities with your own personality. Nevertheless, it is always a work in progress as to how you will find the key to making the character come alive. For example, I remember being told after a performance of ‘Sive’, when I played the part of Mena Glavin, that the dough I was pounding at the very beginning of the play would not have made a very palatable loaf, by the end. However, that was Mena. She is a character, whom, it is fair to say, was not very palatable to live with.

The Arts, in all its forms, seem to be considered as a luxury item, when it comes to obtaining support from the Government, and Corporate sectors.

However, during WWII, the British PM Winston Churchill was advised to cut funding to the Arts, to which he replied; ‘Good God, then what are we fighting for?’ To this end, I have worked with a Theatre Company that toured primary schools all over Ireland, ranging from two-teacher schools to those with over 2,000 pupils, schools that had only just been built, to schools that were over a century old. Indeed, I saw parts of Ireland that make me want to go back and spend more time there.

As a pastime I love reading novels, plays, and poetry.

I simply devour it all and would love to be able to write something that people would enjoy reading, or go to see as a play. For example, John Sheehy, ‘Writer in Residence’, at Friars’ Gate Theatre, in Kilmallock, has written some amazing works, brim full of characterisation and situation. I only wish that I, too, had the mind-set to take an idea, develop it, and then, have the dedication to sit down and write, rewrite, review, and produce a play. In 2014, Friars’ Gate Theatre produced two shows of new work written by members from the Creative Writing Workshops run at the Theatre. It was wonderful, then, to meet those Playwrights after the performances and chat about what had been seen and what they had originally envisioned. I, also, have an Irish Red Setter, called Paddy, who loves walking with me in the Ballyhoura Mountains. I have recently taken up gardening which requires an awful lot of patience. The rewards, however, are great – eventually.

Currently, I am playing the part of Madge Molloy in Tommy Marren’s ‘It’s The Real McCoy’.

Madge is a sixty plus woman who has spent forty three years of her life wondering why her husband, (after only four months of marriage), left her for no apparent reason. Subsequently, she has had to bring-up her daughter, Maura, whom she was expecting at the time he disappeared, alone, thus, becoming bitter about life generally and about men specifically. Living for many years with the painful knowledge that many people in her community talk about her, behind her back, she has to make a decision about where she should go from here!

‘It’s The Real McCoy’ is being performed at Friars’ Gate Theatre, from June 25-28 inclusive at 8pm. Please see: www.friarsgate.ie for more information.