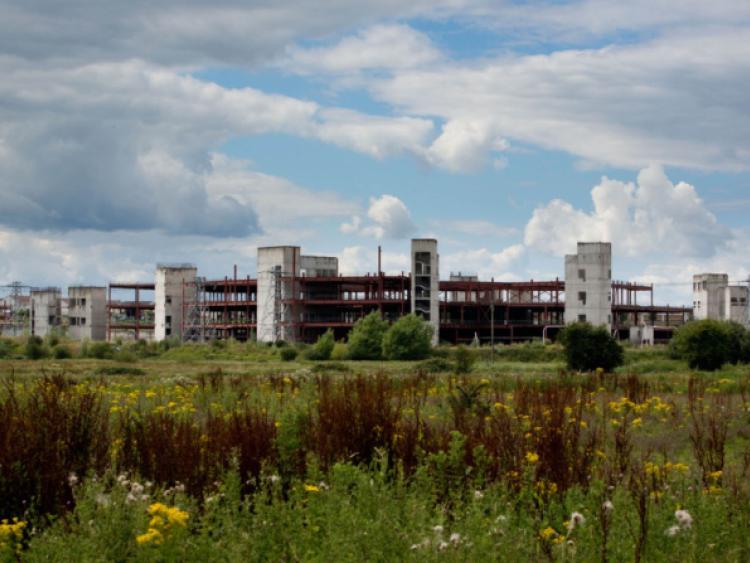 Who’s afraid of Horizon Mall? If we are to judge from Leader’s attempts to get local politicians talking about the proposed Dublin Road shopping development – granted permission on appeal last week by An Bord Pleanala – then the answer is plenty.

Who’s afraid of Horizon Mall? If we are to judge from Leader’s attempts to get local politicians talking about the proposed Dublin Road shopping development – granted permission on appeal last week by An Bord Pleanala – then the answer is plenty.

The former Parkway Valley site has been mired in controversy for years. Those against the building of another vast, out-of-town retail facility are desperately worried that it would put the tentative revival of the city centre into reverse gear. Those in favour have been seduced by the giant carrot dangled by developer Suneil Sharma, the man who once promised to revolutionise the city centre’s retail offering. He sold his interest in the Opera Centre site for a gigantic profit and is now dismissive of the city as a retail proposition.

The Leader has covered the saga’s every twist and turn and our editorial column has consistently argued that the completion of the Parkway Valley/Horizon Mall project would be represent a savage blow to the city centre – and by extension the entire Limerick region. That remains our view. We express it in the certain knowledge that many of our readers are staunchly in favour of Horizon Mall – not least because Mr Sharma has secured Marks & Spencer as his anchor tenant. He has played this trump card for all its worth – and then some.

Then again, M&S has not been above using Mr Sharma’s venture for its own reasons. Any self-respecting spin doctor will tell you that part of the job is finding a good way to bury bad news – like releasing it at 4.59pm on the Friday of Bank Holiday weekend. The PR people at Marks & Spencer provided a masterclass on Wednesday, August 7, 2013. News that four M&S stores were to close was accompanied by the joyful tidings that a new superstore would be built in Limerick.

It was the same week that Parkway Valley became Horizon Mall – another piece of slick PR. The intention was clear – the promise of a “new horizon” for Limerick was designed to woo those for whom a Marks & Spencer store in Limerick has long been the Holy Grail.

Fianna Fail’s Niall Collins has taken a prominent stand in favour of the development, echoing Mr Sharma’s pronouncements about the number of jobs it would create. Mr Collins does not depend on voters in the city area for support, which may in part explain his robust views, but while we profoundly disagree with him he can at least be credited for not sitting on the fence.

We have two mayors, but this week the Leader could not extract a single on-the-record opinion on this critically important matter out of either of them.

Not too long ago, Mayor Kevin Sheahan came out in favour of Horizon Mall. His views were surprising and – for many – unwelcome. That’s because Limerick City and County Council – which he has the honour of chairing – has strongly resisted the revival of the development. This week, there was no solo run from the mayor – there was no comment, full stop.

Certain TDs who have press releases winging their way to the media within a few minutes of the vast majority of important local announcements have been strangely silent on this matter.

Why? Because it is an issue that has divided local opinion like few others in the past decade. Perhaps the thinking of these suddenly shy, fence-sitting politicians is that no matter what side they come out on, they could lose support – and votes down the line. Best say nothing and hope it blows over, somehow.

We have said it before and we will say it again this week. If Horizon Mall is built, it will create some jobs and kill others. The Mid-West region is already over-supplied with shopping centres, not all of which have proved successful. Progress on revitalising the city centre has been unacceptably slow, but at least we are seeing signs of hope. Let them not be extinguished by another monster retail centre sucking more life out of the centre.

Shopping centres – largely homogeneous in appearance – have their place. As we all know, Limerick already has some impressive ones, and they have worked hard to build customer loyalty over the years. Good on them. But we have only one Limerick city centre and there is nothing homogeneous about it.

When the senior executives of multinational companies looking to set up in Ireland visit potential locations, they are influenced by many factors – but the quality and quantity of the local out-of-town retail offering is not one of them. No, they want to see the beating heart of a region, its city centre. None of us can say that our own city centre is all that it could be, or should be. But what it needs is the time and the scope to improve what it can offer our region.

It is time for the politicians to get off the fence and stand by their city.