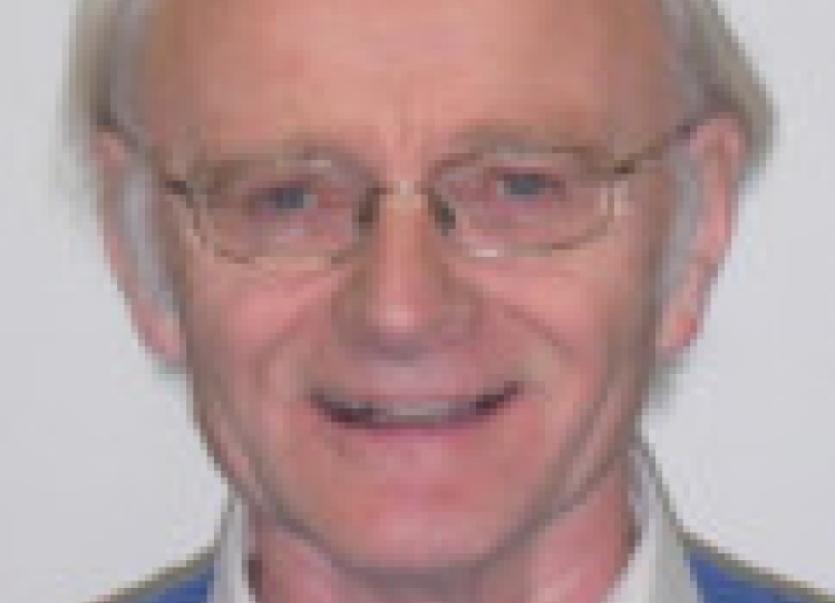 Born in Baile an Sceilg Gaeltacht, in South Kerry, only a few fields away from the sea, this was the ideal place for an artistically minded person to grow up in.

Born in Baile an Sceilg Gaeltacht, in South Kerry, only a few fields away from the sea, this was the ideal place for an artistically minded person to grow up in.

Nowadays, I frequently use the imagery of the sea in my poetry, often unintentionally. At eighteen I left home to work with Aer Lingus at Cork Airport. My most vivid memory of those years was the day the Viscount EI712 airliner came down off Tuskar Rock killing all fifty seven passengers and four crew, it was March 24th 1968 and I knew some of the crew quite well.

While working in Cork I attended night classes at UCC.

However, just as I was about to begin the Higher Diploma in Education, there, I got a letter stating that there was a similar course starting in Mary Immaculate College, Limerick, and that anybody, who was not a Co. Cork native, would have to go there. Very reluctantly, I left Cork but with the definite intention of spending only a short few years away before returning. But then, I met the love of my life, Joan, a beautiful Limerick nurse. She was gifted with a deep love of literature which she attributed mainly to Sr. Eileen, her English teacher in the Presentation Convent, in Limerick. It was Joan who introduced me to a much broader range of modern poets than I had hitherto known about.

In Baile an Sceilg the oral tradition was very strong and I loved the music of the Irish language, its songs and stories and its rich turn of phrase.

English was rapidly infiltrating the Gaeltacht, however, and many people spoke in a mix of fluent Irish and broken English which made for a very funny but colourful sort of language. My favourite style of poetry is the modern concise one where, through the smart use of metaphors, a whole lot can be conveyed in quite a short poem (for example, Seamus Heaney, Nuala Ní Dhomhnaill, Michael Hartnett and Caitlín Maude). Some years ago, I was given the honour of reading Maude’s poetry at the opening of the Irish Centre in Edinburgh University. I was, also, awarded some Oireachtas prizes as well as attending Listowel International Writers’ Week.

I grew up with Irish songs and the poems of local writers.

Nevertheless, the English ballads and recitations of Sigerson Clifford of Cahersiveen were regularly heard (in fact he and my mother were cousins). My fifth and sixth class teacher, Seán Ó Conchubhair, a native speaker, emphasized English literature as well. But it wasn’t until I attended UCC that I began to write. There, I had the good fortune of having Seán Ó Tuama as my Irish lecturer. A great poet, a great teacher and a wonderful motivator, it was he who encouraged me to write. I will always have fond memories of his night classes.

Most of my writing has been in the Irish language but in recent years I have written a lot in English.

Dominic Taylor of the Revival Press read this collection entitled ‘Healing Room’ and very kindly accepted it for publication. The themes involved are very varied but there is a recurring attempt in many of the poems to arrive at a greater peace of mind. I was never a disciplined writer in the sense that I didn’t go into my room for a regular number of hours each day. However, I have, often, written into the late hours of successive nights but, then, months might pass by without writing a single line. However sporadic, the poet must write just as the musician must play, or the actor must tread the boards. There is  no choice.

Poetry is a lonely craft.

The poet is essentially an observer, a loner to an extent. He doesn’t always fit in, nor indeed does he want to. The function of the poet is to speak the truth, however unpalatable that might be. Nevertheless, writing has served me well and I would encourage anybody, especially younger people, to write. Expression is, I believe, the flip side of depression. Therefore, expressing on paper, how you feel, can contribute towards a healthier mind.

Inspiration is something which happens, it cannot be cajoled.

I have expressed myself through the medium of the short story and of the novel, but these days, I prefer the poem. I like the economy of words, and the beautiful imagery that a single line can depict. I like the music of poetry. I will, probably, always be a bilingual writer. I love cultural events such as the sessions in An Chistin, in Halla ĺde, Limerick, where people from different Gaeltacht areas visited and performed.

There are certain places that are mystical.

They are holy places that heal the soul, for example, Port Augusta, in South Australia and Iona in Scotland. I still go on regular pilgrimages to Sceilg Mhichíl, the Lake by the Seven Woods in Coole Park and to Guagán Barra at the source of the Lee in West Cork. These must be among the most enchanted places on earth. I, also, love the gurgling river flowing through the Clare Glens and swan- speckled Castlelough. Near our home the stretch of the River Shannon from the Bush Hole over to Nut Grove is spellbinding. As you travel along the bank the music changes several times as if you were moving through a symphony!