Closure of Ulster Bank branch a ‘huge loss’ to Croom 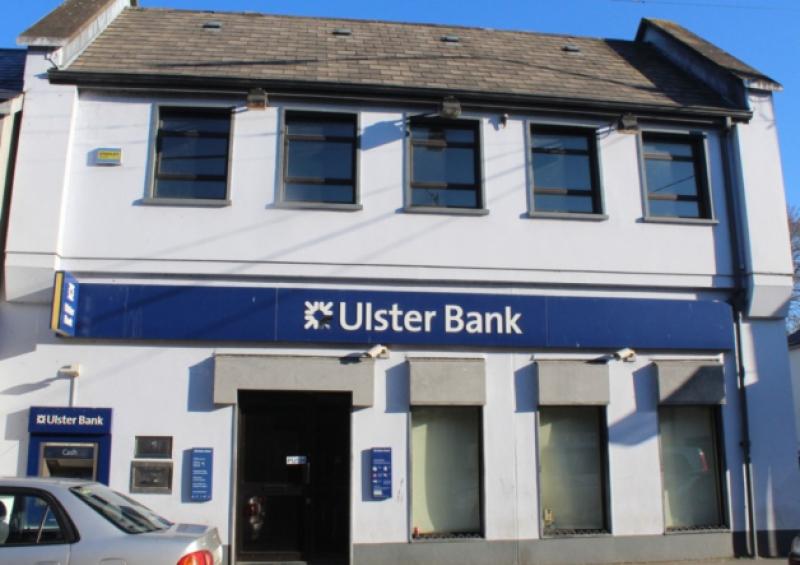 The decision by Ulster Bank to close its branch in Croom has been described as a “huge loss” to the town.

The decision by Ulster Bank to close its branch in Croom has been described as a “huge loss” to the town.

Croom is one of 14 branches nationwide due to close early next year as part of a major cost-cutting plan being put in place by the bank. It is the only branch in Co Limerick on the closure list.

Services will now move to the Dooradoyle branch.

This latest blow comes just 18 months after AIB closed its branch in the town. It means that Croom now has no retail bank. Locals will have to travel to Adare or Limerick city to carry out their banking.

“It was a bank where there was always a queue. This is a huge blow, especially to the hospital and to the businesses in Croom,” he added.

Mr Daffy pointed out that he, like many people in the area, had moved their accounts to Ulster Bank following the closure of AIB.

“When I heard that AIB was closing, I moved straight away to Ulster Bank. Now we are in limbo,” he said.

Mr Daffy pointed out that AIB now provides a mobile banking service in the village, for which people often have to queue “in the rain”.

Local auctioneer Patrick C Fitzgerald said the closure of the bank will have a big knock-on effect throughout the area. “They had a wide catchment area from Fedamore, to Ballingarry, Bruree to Kilfinny,” he said.

He also pointed out that the bank currently provides the only ATM in the village, leaving residents concerned that it might be removed when the branch closes.

And he warned that the closure would affect the ability to attract new business to Croom.

“If we are trying to sell Croom as a business location, the first thing that people will ask is has it broadband and has it banking facilities,” he said.

According to Mr Fitzgerald, the closure of the bank is just the latest blow to Croom, which in recent years has seen the local hospital downgraded, the county council office closed and plans for a new secondary school run into difficulties.

The recent decision by local councillors to defer the adoption of a new local area plan for the town for another five years was also cause for concern, he said.

“The news this week of the Ulster Bank leaving Croom cast a gloom of uncertainty with regard to the commercial life of the town. The presence of a banking facility is a very important part of the life and soul of the social and commercial life of a community,” he said.

“This needs urgent attention. The decline has to be halted. The community now needs to come together and try to come up with solutions,” Mr Fitzgerald added.

Staff currently working in the Croom branch will be offered the option to move to other branches following the closure.

However, the Irish Bank Officials Association (IBOA) has asked Ulster Bank to review its decision in the interests of both its customers and employees, particularly in light of the fact that the bank recently returned to profitability.

It also urged local customers to address concern to senior executives in Ulster Bank head office, rather than local staff “who are still trying to come to terms with the implication of the announcement for themselves”.