One giant leap for pupils of Caherelly school 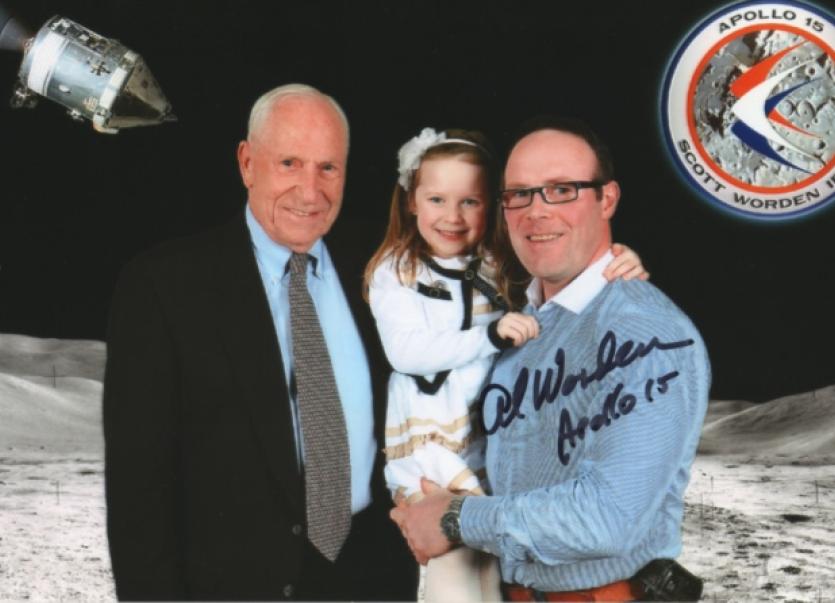 AN ASTRONAUT who is one of just 24 people to have flown to the moon, will touch down at Caherelly National School next Tuesday where pupils will get a unique insight into space travel.

AN ASTRONAUT who is one of just 24 people to have flown to the moon, will touch down at Caherelly National School next Tuesday where pupils will get a unique insight into space travel.

His visit to Limerick next week which also includes a trip to Lough Gur and a lecture at LIT on Tuesday, and a dinner at the Pavilion UL on Wednesday, is all down to one self-confessed Limerick space fanatic, Paul Ryan from Ballybricken, reaching for his own stars and, completely off his own bat, managing to connect with Al and secure him for the special events.

Paul explained that he had a double motivation for getting Al to come to Limerick: his life-long fascination with space, combined with it being the top item on a bucket list he devised after having two cardiac incidents at the age of 37.

“I have had a fascination with space since I was a young boy and dreamed then of becoming an astronaut but that never happened, of course. I did get to live in the States later on and went to the NASA locations so they were huge moments,” said the 41-year-old.

“The real trigger for doing this, however, was I had two cardiac incidents four years ago and our second child was born at that time also. I had my own brush with destiny, as it were, and I just thought what is my legacy? I was literally sitting in my hospital bed thinking what am I leaving behind? What have I done that is truly different?”

As a past pupil of Caherelly National School, Paul felt that if he were to get an astronaut to visit Limerick, a visit to his old alma mater would have to be on the cards. “The junior and senior infants may not have much to say but I’m sure the sixth class students will have career questions,” he pointed out.

School principal, Fionnuala Allen, said that excitement is building steadily amongst the 135 pupils ahead of the big visit.

“The world is changing so much and there is so much technology in the world that we are hoping it will encourage them to take an interest or careers in science or engineering or maths or even astronomy maybe,” she smiled.

While Al won’t be wearing his space suit - it’s been carefully kept in a US archive - the 82-year-old will have his fighter pilot jacket with him.