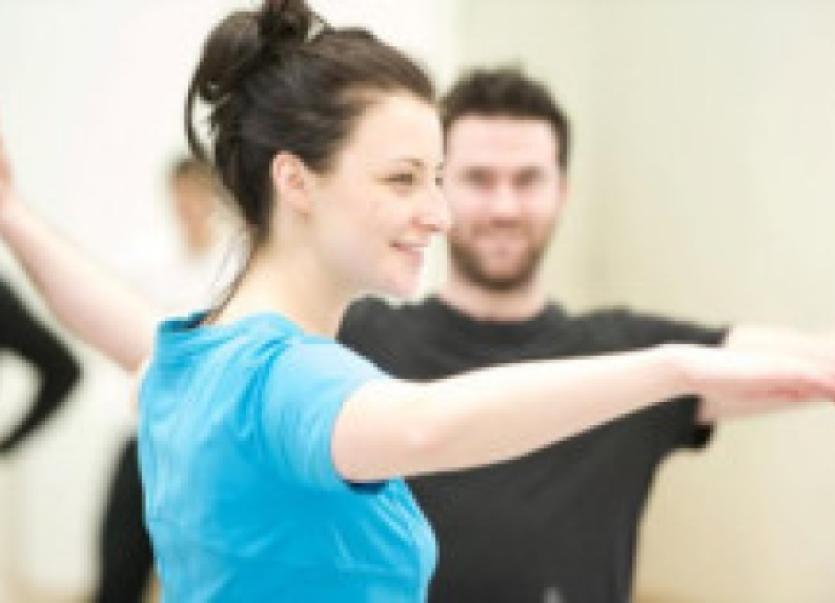 Originally from Glasgow, I have strong Donegal connections through my dad and grandparents.

Originally from Glasgow, I have strong Donegal connections through my dad and grandparents.

However, my studies, and then more recently, performance opportunities and teaching, brought me back to live in Newtown, Caherconlish. My first degree was an MA in Pharmacy, at the University of Strathclyde, in Glasgow. Following this I took off touring with various professional Irish dance shows and got addicted. Then, I reached a stage where I began searching for some new way to develop myself further as a performer. This brought me to the Irish World Academy of Music and Dance (IWAMD), at the University of Limerick (UL) which offers an MA in Traditional Irish Dance Performance. Indeed, I now teach as an Irish dance tutor on both the BA in Irish Music and Dance and the MA in Traditional Irish Dance Performance at IWAMD. Dr. Catherine Foley and Dr. Orfhlaith Ni Bhriain, at UL, were inspirational figures there.

They are Ireland’s foremost aerial dance company and I am so incredibly grateful to be working with them. Indeed, I am one of only four Irish dance aerialists who work for Fidget Feet and I am the only one based full-time in Ireland. I came to be involved in aerial dance through collaborative work involving Ériu Dance Company. This was a production of Stravinsky’s The Rite Of Spring at the Fleadh Fringe, in Cavan, in 2012. I was blown away by their work but never did I dream, at that time, that I would work for them. However, following the collaboration, Chantal McCormick, artistic director of Fidget Feet, approached me in 2013 and asked would I be interested in doing some research work linking aerial dance and traditional Irish dance. Fidget Feet are currently artist in residence at the IWAMD until 2017, having performed over the past decade across five continents.

In May 2014, The Second Coming had its world première in The Hawk’s Well Theatre in Sligo and it was received incredibly well.

Directed by the incredible Mikel Murfi , the show mixes traditional Irish and contemporary dance with aerial performances, all inspired by the poetry of W. B. Yeats. Michael Rooney is our musical director who composed new music for the show and he is joined on stage by traditional music greats such as Michael McGoldrick, Damien O’Kane and John Joe Kelly who play live throughout the show. Our Video Art Director, and also one of the founding members of Fidget Feet, Jim Daly, has done a magnificent job in integrating audio recordings, live music and video footage of W. B. Yeats. There will be six aerialists, including myself and one actor, Marcus Lamb, who plays W. B. Yeats. The Made In Limerick project, Dreams Under My Feet, is a thirty minute promenade show which will include two outdoor aerial crane flights as well as indoor performances.

Limerick is a fantastically receptive environment for dance.

Indeed, Fidget Feet will open Ireland’s very first Aerial Dance Creation Centre, here, early next year. It is going to make such an important impact on the city, welcoming aerial companies and aerialists from all over the world, to train and create work here, as well as offering classes and facilities to the people of Limerick and across Ireland. At present, we run workshops all over the country with cocoon classes available for young people as well as parent and child classes. Participants get to experience what it feels like to fly through the air in some simple but safe circus tricks using an aerial cocoon. This links in perfectly with the National City of Culture which brought massive productions such as Royal de Luxe, Fuerza Bruta and Riverdance here recently.

To date, one of the highlights of my career has been performing the lead female role in Ériu Dance Company’s production of, NOĊTÚ.

It went to the Irish Repertory Theatre, off Broadway in New York. Amazingly, the renowned Irish actor Gabriel Byrne, was sitting only a few rows from the front watching me perform. Indeed, he even spoke with me after the show and loved it. I was, also, commissioned by Dance Ireland in 2013 to create a short dance film as part of their 21st Anniversary Year. Recently, I even co-choreographed the Shannon Airport flash mob along with Ras Mikey C, who is a renowned dance artist and a current PhD student at the IWAMD.

Aerial performance is incredibly demanding on you physically.

For example, as part of the cast of Fidget Feet’s aerial crane show Firebirds, I was suspended 40m above the ground from a crane. This was at both the closing of the Fleadh Cheoil na hÉireann in Derry in 2013 and most recently in Costa Rica at the closing of Festival De Las Artes 2014. The experience of flying high above a crowd of thousands of people will stick with me forever. In both shows, I fly first as one of the traditional Irish dancers and then as an angel. When I fly first from the crane, with five other Irish dance aerialists, the crowds always go crazy but when I fly the second time, on my own, as the angel, it always gives me goose bumps. It is the first ‘quiet’ moment in the spectacle and the huge crowd falls deafeningly silent gazing upon an angelic figure in the night sky!

Ashlene McFadden will perform in The Second Coming, Fidget Feet Aerial Dance Company’s new show at The Lime Tree Theatre on September 24 at 8pm. On October 11, Fidget Feet will bring their children’s show, The Elves And The Shoemaker to the same venue. There will be storytelling with music and an aerial circus for children (4-8 years) and their families. Dreams Under My Feet, co-choreographed with Fidget Feet’s artistic director, Chantal McCormick, will be performed at St. John’s Square, in Limerick, on October 25-26. The Lime Tree Theatre website is: www.limetreetheatre.ie