Don’t Mind Me: All is well touring the Rebel County 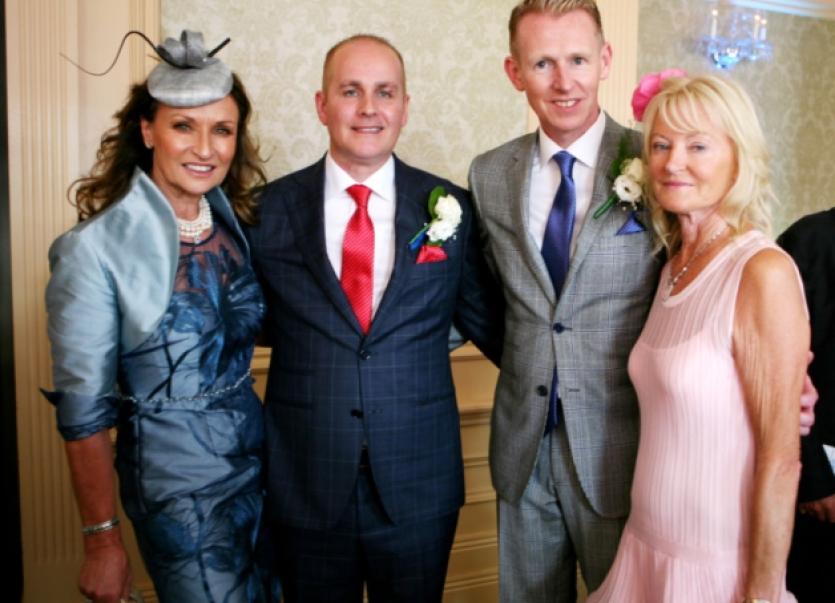 I SEEM to be visiting Cork a lot lately! I was thrilled to attend the civil partnership of well-known publisher Michael Mulcahy and Jonathan Smith at St Peter’s Vision Centre.

I SEEM to be visiting Cork a lot lately! I was thrilled to attend the civil partnership of well-known publisher Michael Mulcahy and Jonathan Smith at St Peter’s Vision Centre.

The ceremony marked the first ever same sex union in the historic building. The British ambassador to Ireland, His Excellency Dominick Chilcott was in attendance as was the Minister for Agriculture, Simon Coveney, and the newly elected Mayor of Cork, Mary Shields. The very glamorous 250 guests included solicitor Gerald Keane who was best man and Lisa Murphy who was best lady.

We made our way through the streets of Cork and the English Market after the ceremony which made for a great atmosphere.

We arrived at the Imperial Hotel to a champagne reception and incredible music. Congratulations to both Michael and Jonathan on their beautiful  day.

I WAS back in Cork a week later for the Disaronno Hi Women in Business Awards 2014. Leading broadcaster Miriam O’Callaghan was the presenter of the awards which took place in the convention centre at the Silver Springs Hotel in Cork.

There was huge celebrations when a number of Limerick women were honoured including Anita Higgins of Adare Manor who won the Best Hotelier of the Year, Kay Mulcair of Isobel boutique in Adare who won Hi’s Fashion Expert of the Year, Liz Hickey of Thomond Park won Hi’s Limerick Women of the Year and there were many many more ~ from Limerick  also.

There were nine special awards on the night and I was awarded The Disaronno Business Woman of the Year 2014. Congratulations to all on what was a wonderful night!