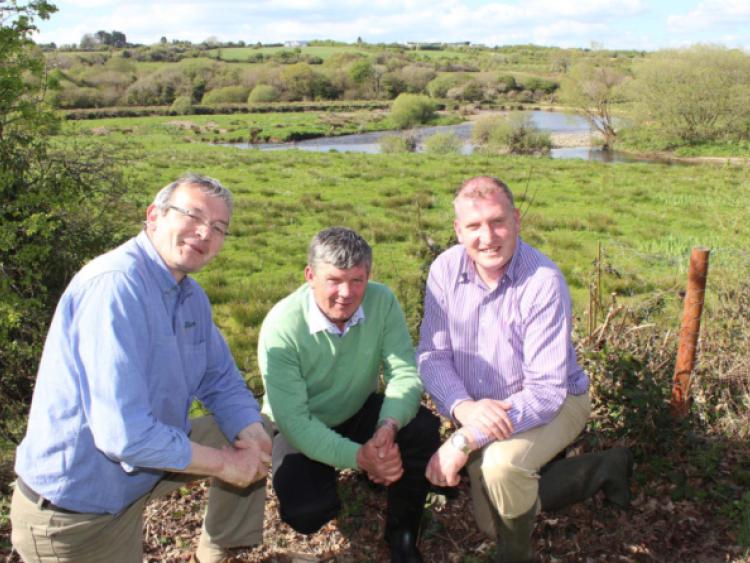 CHANGES along a stretch of the river Feale could put the town’s water supply at risk unless urgent action is taken according to a number of people in Abbeyfeale.

CHANGES along a stretch of the river Feale could put the town’s water supply at risk unless urgent action is taken according to a number of people in Abbeyfeale.

The claims have been made by local councillor Liam Galvin who raised the issue at last week’s county council meeting , by landowner John Moloney whose land-holding along the river has been seriously reduced and by the supervisor of the town park, Jim O’Connor who has been watching the stretch of river in question for the past 14 years.

The nub of the problem is that the river is threatening to open up a new, straighter course, instead of winding its way in its present U-shape and passing the town’s water-treatment plant. The land is already under threat, according to Jim O’Connor, because of a slough or water-hole fed by underground channels.

“If that happens, the town will be left dry,” Cllr Galvin warned.

But there is also the additional problem that, over the years, the bends in the river have widened, scooping out land on one side and eroding land on the other. Significant banks of stones have also built up.

And, as Jim O’Connor explained this week: “The rate of erosion is accelerating.” He raised the matter with Limerick County Council two years ago when he was perturbed over what he saw happening and was told they would keep the river under observation.

Now, he added: “It is going to take the river away from the park and leave stagnant water. “

He has come up with a relatively simple solution which involves deepening an existing channel of water and installing rock armoury at critical points. “At the moment it is a remedial problem but if it is not done, it could cost millions to fix.”

Landowner John Moloney’s farm stretches down to the river. He bought it seven years ago, he told the Limerick Leader, when land was fetching €10,000 an acre. Now, each year, he is losing land. This year alone, he reckons the river has cut in a further 30 metres along a 200 metre stretch. And a conservative estimate of his total loss is one acre.

He must now also pay Teagasc to have his land-maps re-adjusted, as well as absorb the loss of any payments based on his acreage.

Mr Moloney has previously raised the issue with the Inland Fisheries Board who told him they had no money to fix the problem.

“They would have given me permission to go ahead myself but the cost would be prohibitive,” Mr Moloney said.

The problem, according to Jim O’Connor, is who will take responsibility for it.

Cllr Galvin has called for Limerick County Council and the OPW to liaise on the matter and has stressed that urgent action is need. “The next flood could take the river away from the treatment plant,” he warned. He has also called on the IFA to make representations on behalf of Mr Moloney and the other landowners along the river.

Kieran Lehane, the council’s director of services for water said he had asked an engineer to investigate the matter.