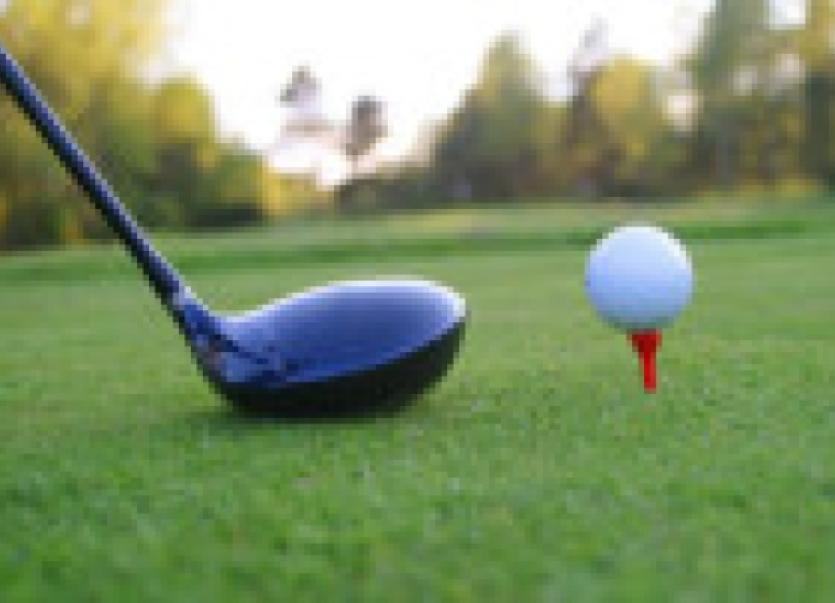 In his weekly Limerick Leader golf column, Ivan Morris offers some help to those looking to improve.

In his weekly Limerick Leader golf column, Ivan Morris offers some help to those looking to improve.

I have seen grown men shaking in their shoes with anxiety and have felt their pain when confronted with the simple task of chipping a golf ball over a bunker and landing it safely on the surface of the green beyond.

A shot that should be simple and straightforward suddenly becomes complicated at best and impossible at worst. Without the bunker it is an easy shot but the yawning obstacle creates an insurmountable mental challenge.

When faced with playing over a bunker some golfers allow negative thoughts to over-power them. All they can see is the bunker, which is a sure guarantee that’s precisely where the ball will go.

Suggested cure: practice-hitting shots with your most lofted club over ‘nothing’ to spots at different distances away from you. I like to chip a ball 5-yards away and then try to land the next ball I hit right on top of the first ball and the third ball on top of the second and so on; repeating the exercise until there are golf balls strewn all over the place!

Concentrate on executing the shot with as light a grip pressure and as gentle an arm swing as possible while employing the minimum of wrist hinge. Never attempt to ‘lift’ the ball with the club – just allow it to float under the golf ball. Swing you underneath hand as gently as if you were tossing a rolled up ball of paper into a wastebasket. That simple, everyday task doesn’t involve much tension or effort, does it?

When you think you have got a feel for how to do this, repeat with a bunker in the way but keeping in mind that the best way to get over the bunker is to completely ignore it and concentrate solely on the spot where you want the ball to land. To conquer any nerves, take a deep breath and start your swing as you begin to exhale. Be positive.

Keeping Your Left Arm Straight – after keep your head down, it’s probably the second most frequent piece of advice that newcomers to golf hear - keep your left arm straight! (If you are a right-hander, of course.)

But, keeping the arm ‘too straight’ is self-defeating and creates lethal tension. There’s nothing that wrecks a golf swing quicker than tension so, keep your arm straight all right but not stiff! There’s a difference.

The way the left arm moves is key to swinging the club consistently on-plane which, vital though it is, is probably too complicated a concept for most golfers to grasp. Suffice to know that keeping the left arm ‘straight’ allows the shoulders and torso to turn correctly into position to deliver a solid blow. Keeping the arm straight on the way back isn’t too hard but keeping it straight on the way down is more important. At impact feel like your arm, all the way from the point of your shoulder to your wrist is in a strong, firm position and keep it that way past the hit and for as long as you can until it folds naturally. An Explanar Swing Trainer will teach you this move in one or two practice sessions. Donal McSweeney has one at Ballyneety Golf Club.

The Importance of Positioning the Feet – The correct positioning of the feet is often over-looked but it helps to tighten the swing and increases the distance that the ball can be hit - surprising when you consider that the entire motion and sequence of swinging rests upon the feet. Positioning the feet correctly is vitally important in helping to maintain the balance and the stability that is needed to support the violence and vigor of the golf swing.

For what it’s worth, the results of a scientific survey undertaken some years ago by the Golf Society of Britain revealed that although there is not a great deal of dogmatic variation in the way golfers place their feet, there is a huge relative disparity between how CONSISTENTLY better players do it when compared to the stances of average players.

Professional golfers measured and tested stood for their drives with their big toes square to the target line and an average of 24.5-inches apart; with the ball positioned 33-inches from this line and 3.5-inches inside the left toe with NO RELATIONSHIP FOUND BETWEEN THE HEIGHT OF THE GOLFERS OR THE WIDTH OF THEIR STANCES. The good player puts his feet down in the same place far more consistently. His feet will come down in almost exactly the same spot every time.

The conclusion is that if you improve the accuracy and repeatability of your stance, which shouldn’t be that difficult to do under the supervision of a trained, professional eye you will be well on your way to becoming a more consistent and better player.

In the days of King Arthur nobody thought the worse of a young knight if he suspended all of his social and business engagements in favour of a search for the Holy Grail. In the middle ages a man could devote his whole life to the Crusades, and the public fawned upon him. Why, then blame the young man of today for a zealous attention to the modern equivalent, the Quest of Scratch! - P.G. Wodehouse