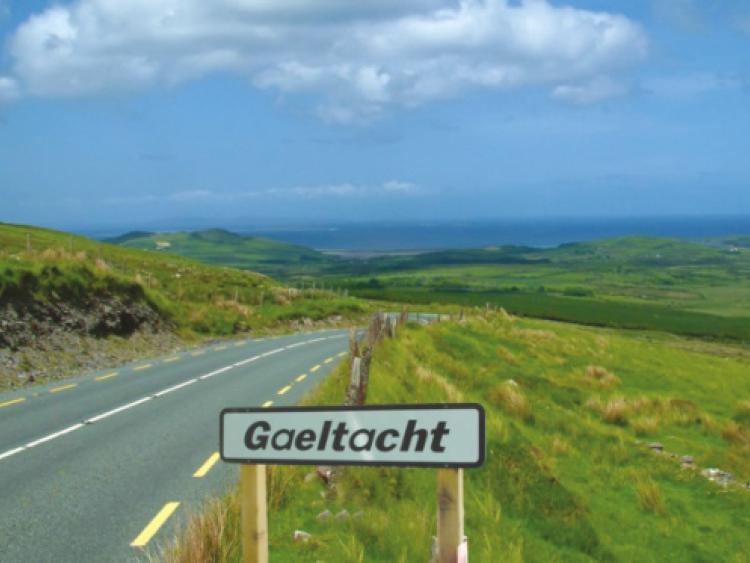 SOMETIMES I have to pinch myself to make sure I’m not dreaming – or hallucinating, as the case may be. It happened again at the weekend when I saw the first pictures of an angry protest march through the centre of Dublin, just as this frail economy was desperately trying to recover from the devastating effects of storm Darwin. It seemed like the perfect time to raise another storm.

SOMETIMES I have to pinch myself to make sure I’m not dreaming – or hallucinating, as the case may be. It happened again at the weekend when I saw the first pictures of an angry protest march through the centre of Dublin, just as this frail economy was desperately trying to recover from the devastating effects of storm Darwin. It seemed like the perfect time to raise another storm.

Over 5,000 ‘gaeilgeoiri with a grudge’ were marching from Parnell Square to the Dail to demand their civil rights in what sounded like an angry ‘gael’ force wind. Most of them were incandescent with rage, their faces painted red to indicate varying stages of apoplexy, and, no doubt, to put the fear of God in the rest of us.

As I’ve said, I had to pinch myself. But is this a new departure in the campaign to restore the Irish language?

If it is, I’m petrified.

The protesters claimed that Irish language communities were sick of being treated like “second class citizens”. Well, maybe they should try living like the rest of us then, without the industrial grants, the rent subsidies, the special housing aids and the employment grants, not to talk of the extra points in the Leaving Cert and the reserved places in primary teacher training colleges.

Far from being disadvantaged, Irish language speakers are the most pampered and the most indulged minority group in the whole EU and I think it’s time someone had the guts to tell them that they are not, by any means, the biggest priority facing the country at the moment.

Everyone has a right to march for fair play and justice, and no-one is denying the fact that the Irish language is very close to the hearts of many people in this country and beyond. But there are many others, like myself, who chose not to define either our identity or our Irishness by the tongue we speak.

Seeing that we are in the majority, do we not deserve a break now and then from the incessant whinge that emanates from the ranks of the gaeilgeoiri in claiming that the country is not doing enough to restore the language?

Short of beating the English out of us with whips, I don’t know what more the Government can do with limited resources to satisfy the unreasonable demands of the fanatics.

I was force fed Irish as a child. Now it’s being forced on my consciousness. Everywhere I go, it’s in my face, from road signs with dumbed down Irish place names to ballot papers with confusing options.

It seems to me that there is no public service now that isn’t available in both Irish and English. Although one marcher did complain that she wrote an email in Irish to the HSE and got a reply in English. She should be thankful that she got a reply. I couldn’t even apply for the pension myself without indicating whether I wanted to do so in Irish or English. I checked with Social Welfare, after spending an hour trying to get through.

“No,” said an irate public servant at other end. “You won’t get bonus points if you apply through Irish.”

I must be brainwashed!

There must be a better way of keeping the life in the language without resorting to bully tactics and guilt provocation. Tir gan teanga, tir gan anam has become a jaded cliché, especially since the country would have no problem selling its soul to the highest bidder if it got half a chance.

Anyhow the farcical antics of many of the protesters on Saturday did nothing at all for the dignity of the ancient tongue they purported to be trying to save. If I were an Irish language enthusiast myself, I’d have been mortified. Some of them couldn’t even hide their own self interests.

The march apparently was organised in response to the news that the Language Commissioner, Sean O’ Cuirreann, is to resign over the Government’s failure to improve services in Irish. Look, hasn’t the Government enough on its plate at this delicate stage of our economic recovery, without having to maintain another quango for just 70,000 Gaeltacht dwellers?

The bottom line is the cost of our delusions. We really don’t have the resources to indulge our supposed grandeur or national uniqueness. And even if we did strike gold or oil in the morning, it would be impossible to satisfy the demands of the gaeilgeoiri who I suspect, want nothing less than a fully staffed alternative administration for themselves – all 70,000 of them.

On the other hand, I think they’d get a right shock if their plan succeeded and we all abandoned the English language and started spouting a cupla million focail in the morning.

What would happen then to the elite status they currently enjoy? What would become of the righteous superiority that sustains many of them in a nation where they are vastly outnumbered by people with lesser Irish credentials, like me?