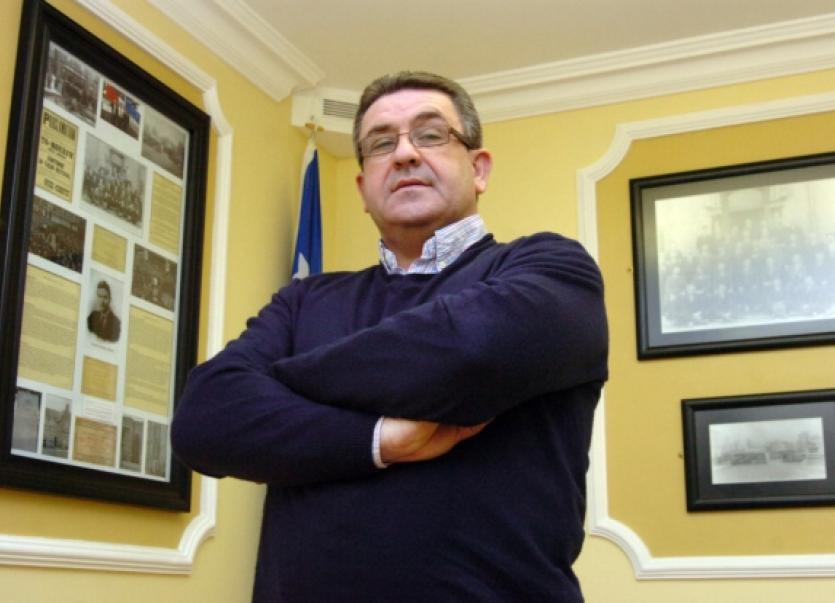 A DECISION by City Councillors to postpone this month’s meeting has been branded a “disgrace” by Cllr John Giligan.

A DECISION by City Councillors to postpone this month’s meeting has been branded a “disgrace” by Cllr John Giligan.

Councillors met this Monday at 3pm for a protocol meeting, where it was decided that due to the lack of items on the agenda, the business of the meeting will be dealt with in January’s meeting, set for the 20th of the month.

But this has left councillors outraged, and Limerick Trades Council president Mike McNamara, who was to lead a delegation of 12 people to hear a motion, said they are “upset and angered” by the behind-closed-doors decision.

Cllr Maurice Quinlivan tweeted the move was a “shambles”, while Cllr Gilligan said: “We have simply decided that we will not bother with the December meeting.”

He pointed out that there were important issues to be heard, like his motion calling on the IRFU to formally apologise for inviting the apartheid-era South Africa side to Thomond Park.

With the support of Cllr Tom Shortt, Mr McNamara was to push for a memorial weekend for those who took part in the Spanish Civil War.

Although this idea was mooted earlier this year, no progress has been made because the cultural committee has not met in over eight months.

It was hoped that a decision could have been made to stage the weekend at this month’s council meeting.

But majority of ten councillors decided to cancel the meeting just 30 minutes before its allotted start time.

“These are the same people who will next year be knocking on our door looking very sincere, saying they wish to represent Limerick. If they cannot find it in themselves to have a council meeting, they are not worth electing,” he said.

But Fine Gael leader Cllr Diarmuid Scully described the remarks as a “complete load of nonsense”.

“There was nothing on the agenda. We would have had officials sitting there listening to a long meeting instead of doing their jobs. Anyone complaining about this needs to grow up and cop on,” he said.