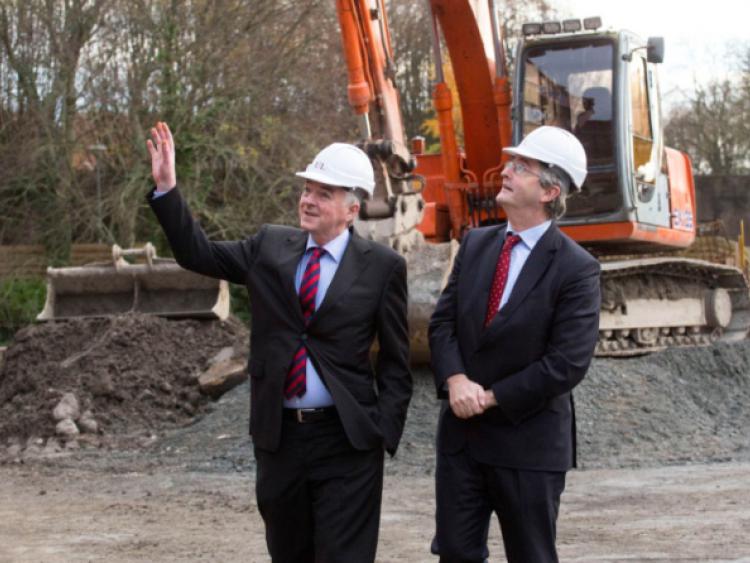 THE commitment by the University of Limerick to build student accommodation and a campus in the heart of the city is a shot in the arm for Limerick Regeneration, according to the minister responsible for the programme.

THE commitment by the University of Limerick to build student accommodation and a campus in the heart of the city is a shot in the arm for Limerick Regeneration, according to the minister responsible for the programme.

And Minister of State Jan O’Sullivan said UL’s €224 million five-year capital development plan would not only create jobs in the short term – some 700 in construction alone – but would lay the foundation for future economic growth.

“Much of the employment growth experienced in Limerick recently is based on the quality of graduates produced by our third-level institutes. This substantial investment will support that momentum at a critical time for the economy,” she stated.

“As the minister responsible for Limerick Regeneration, I am particularly pleased at the planned development for Limerick city centre. New student residences and an academic facility will be constructed in the centre of Limerick and this is welcome news. A significant strand in the Limerick Regeneration implementation plan is to create and enhance linkages between regeneration areas and third level institutes and I firmly believe that this investment will promote that important relationship.”

As details were announced of the capital plan on Monday, UL president Prof Don Barry said the city centre campus would support around 500 students while a partnership with LIT and Mary Immaculate College could potentially see 1,000 student accommodation units built in town.

“I welcome UL’s expansion plan in the strongest terms. It will provide us with a better, more attractive university and will provide significant employment to the city. We are now on a path to seeing UL’s role greatly expanded locally, regionally, nationally and internationally.

“The plan will act as a very significant economic boost in Limerick, including 1,000 new jobs - 710 jobs will created be in construction and 290 will be full-time roles,” said Deputy O’Donnell.

“I see it as very significant that 30% of the €224 million investment is going to be in off-campus projects,” he added.

“It is anticipated that the bulk of the new jobs created in this project will be construction jobs. This is very welcome. Construction workers were the hardest hit in the last few years with thousands losing their jobs in Limerick alone and any jobs we can create from this project are very welcomed.”