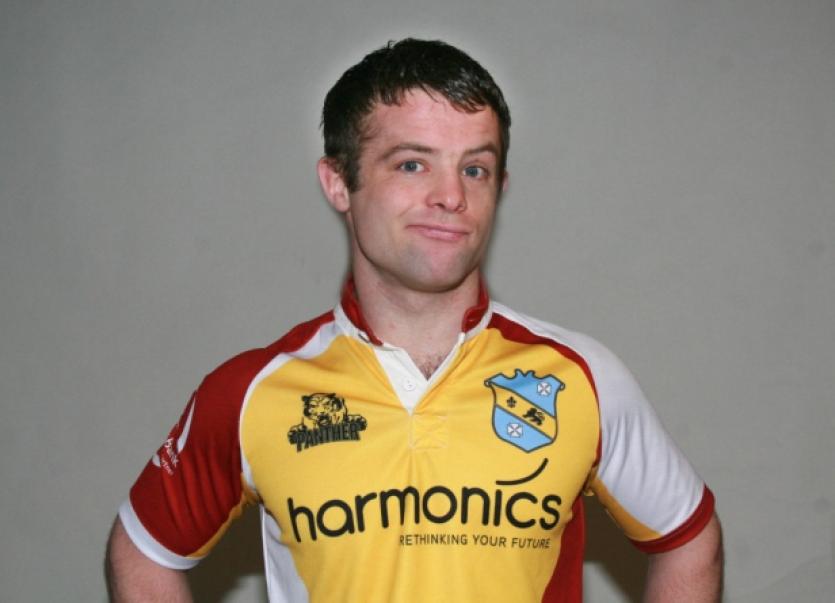 In his Hooker’s Diary column, John Hogan loses out because he’s just a little too small.

In his Hooker’s Diary column, John Hogan loses out because he’s just a little too small.

A brief history of the Hogan family is necessary at the start of this instalment, so as to provide context to the unfolding of events later in the week.

Our clan’s current paterfamilias, Michael, was the first non-John in a long line of short Johns. His father, like his father before him, and his father before him, were all christened John. My name, though, is not the only feature I share with my ancestors, and therein lays the reason for my grandfather’s attempt at breaking the succession of Johns with his only son.

To put it nicely, neither my father nor any of his predecessors would have been frequently asked to assist with getting things down from a high shelf. Us Hogans get nervous at an amusement park when confronted by one of those signs that say; ‘You must be this tall to go on the ride’. Not one of my ancestors played in the NBA and with each passing year, it’s looking more and more likely that I won’t either.

Our genetic reluctance to sprout too far above terra firma resulted in many of the previous John Hogans earning the Robin Hood-inspired moniker, ‘Little John’. Realising that his son was never going to be a beanpole, my grandfather wanted to at least prevent the same fate befalling his pride and joy.

So by virtue of his adventurous choice of name, Michael Hogan became a pioneer before he could even walk, a symbol of hope for all of those Hogans who had gone before, a sort of Kal-El to Ballyneety’s Krypton. Many years later, with the line of ‘Little Johns’ broken, my father figured it would be safe to return to the favoured family name when his own son was born.

Unfortunately though, fate would provide a new method for the world to let the latest John Hogan know he was vertically challenged. And far more effectively than an unimaginative nickname, rugby has continued to convey that message relentlessly year after year.

Tonight’s session took place in the unfamiliar surroundings of Seanchoill Sports Complex in Parteen. The gigantic pitch there was divided into three, between two sets of tag rugby teams and ourselves. For my money, anyone who takes tag rugby seriously – and anyone playing the god forsaken game in December falls into this category – needs to take a serious look at themselves.

I know that I’m not alone amongst my front row colleagues in thinking that tag merely removes the best thing about rugby, the physical contact, but retains all the annoying requirements, such as skill, speed, vision and spatial awareness. Each to their own though, I suppose.

I got the phone call that no player wants to get this afternoon before heading out to training. There’s no nice way to tell a fella that he’s dropped but being told over the phone in advance of training is certainly nicer than finding out along with everyone else at the team announcement that night. For that I was grateful to our coach, Eoin Cahill.

The reason for my demotion was one I’d heard many times before – and this is where the Hogan family history becomes relevant. ‘Ca’ said that my size, or lack thereof, was preventing me from making as much of an impact as they’d like. He asked me to focus on putting on weight over the next month.

Now, before I hear a chorus of insincere Boo Hoos at my predicament of having to put on weight over Christmas, indulge me just a moment.

Putting on weight - the right kind of weight - can be a momentous pain in your bony arse. Take it from a veteran of this struggle. Eating becomes a chore, protein shakes become a regular staple of your diet, and your emissions become more regular and insidious due to the aforementioned shakes.

With no Seconds game on this weekend, I was well and truly grounded, to use the parlance of an air force pilot. To the untrained eye, my Saturday seemed idyllic. It started off in the Milk Market, followed by a jaunt around the shops and was heated up by a few Christmas drinks in the early evening. My mind was in Ballymena, though, where our heartbreak continued.

A try, five minutes into injury time, gave Bruff’s hosts a four-point victory and the lads with a long, miserable journey south. I was sitting in front of the fire sipping on my second hot whiskey of the evening when I heard the result. In that moment, it was hard not to feel like a draft-dodger.