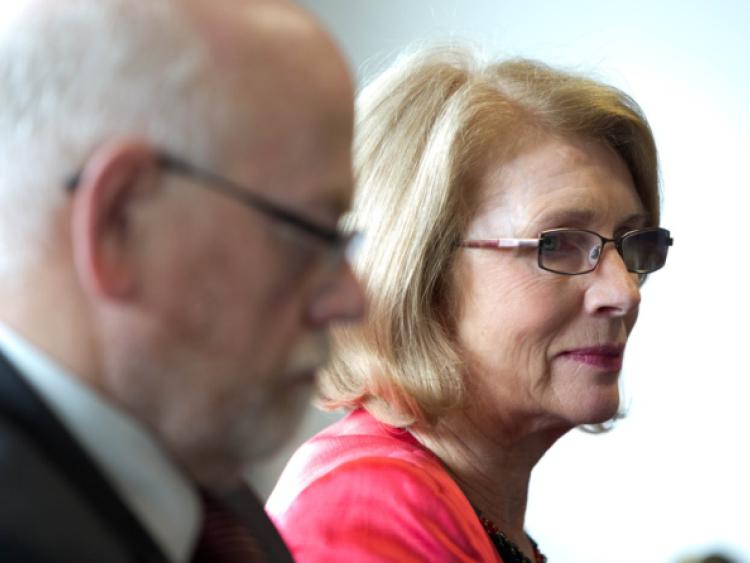 “REGENERATION had failed but now we have a new beginning”.

“REGENERATION had failed but now we have a new beginning”.

The words of Tommy Daly, chairman of the Moyross Residents’ Alliance, spoke for everyone’s feelings about the future of Limerick at the launch of the new €290m plan for Regeneration of the city’s disadvantaged estates in Thomond Park on Friday last.

Many people said that the Regeneration process had failed Limerick and failed its people. Many said we had been here before, at previous launches and incarnations of the plan.

No one wants to be here again, in another seven years, holding another weighty tome full of blueprints for a future that may never be built.

“I think it’s brilliant,” said Tommy. “At least now we have something to go on. Now we’ve an inclination that things are going to look up for us, and we can all work together. Regeneration is about the people.

“Before we had a masterplan, but now we have the implementation plan. Now we have a chance.

The people are going to come back on board with this. We’ll all look forward to a brighter future for Limerick.”

Others weren’t holding out too much hope,.

Cathal McCarthy, of the Ballinacurra Weston residents’ alliance, said: “We’ll have to wait and see. We’ve been here before. We’ve had our hopes really up high. For many residents this is their first time learning anything about it now.

“Things haven’t improved - they’ve degenerated. Things were stablilised last year with the knocking of some derelict houses, but we still have a lot of derelict houses and a lot of problems in relation to anti-social behaviour. We have CCTV cameras that are not monitored, and in some cases pointed at nothing, only empty fields, which is a mass security problem, but we don’t need to wait for Regeneration to solve that.”

Chief Superintendent Dave Sheahan, of Henry Street station, said the launch of the plan is a “great day for the communities”.

“They have put a lot of enrgy and time in making sure that this plan was their plan.

As many key figures of Limerick’s feuding gangs are now behind bars as a result of tougher legislation, Chief Supt Sheahan said one of the key questions he’s continually asked is what will be done to protect communities once these prisoners have been released.

“In time to come, if the resilence is built up within the communities, I think the communities will stand up themselves and say ‘Stop. We’ve had peace and quiet here for years. We want to continue to live our lives in peace.” He rejected outright views that Regeneration has “failed” since it was first conceived seven years.

“A lot of the physical infrastructure that people expected takes time. You can’t build a road overnight.”

The plan anticipates an average of €28m per annum invested over the term of this Government and beyond, with the funding drawn from the exchequer, European funding, the voluntary housing sector and the private sector.

While Minister Jan O’Sullivan said she can only commit to funding of up to €30m a year up to 2016, when the next Government will be formed, she said she “can’t imagine any future minister being able to renege on these plans.”

With some €225m spent on Regeneration since 2008, she conceded that perhaps too much focus was given to demolishing homes, instead of improving them, and rehousing families to such an extent that pockets of some areas has been their population decimated and community broken up.

The plan, she said, was designed in a very different time, “when the economy hadn’t collapsed” .

It was envisaged to cost €3bn. It will now cost some €515m over 18 years.City manager Conn Murray insisted he was not disappointed that it’s now costing less than one fifth of the original projection.“It’s realistic,” he said. For many it’s the one aspect which had been missing all along.