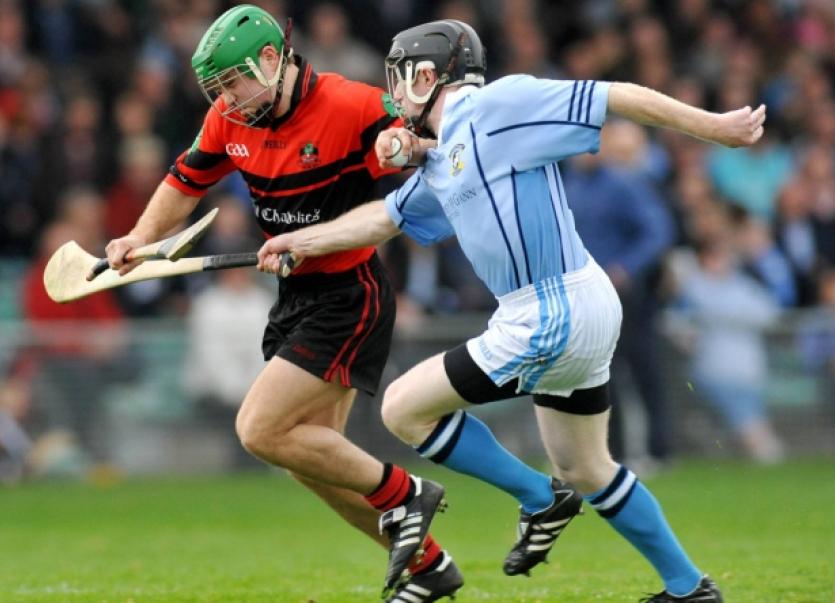 In his weekly Limerick Leader column, Martin Kiely looks ahead to today’s Limerick SHC final between Adare and Na Piarsaigh.

In his weekly Limerick Leader column, Martin Kiely looks ahead to today’s Limerick SHC final between Adare and Na Piarsaigh.

The centre piece of local club hurling takes place next Sunday in the Gaelic Grounds when Na Piarsaigh and Adare go head to head to see who will be crowned the County senior hurling champions for 2013.

It has the making of a most interesting game and from an early stage I fancied Adare to reach this year’s final.

They will face a Na Piarsaigh team that will believe they have more to accomplish but while we would all be hoping for a free open game of hurling the facts tells us that in very few cases does this happen.

Finals bring out the best in some lads and both of these teams will know a great deal about each other. Both have been strong at underage and many of these players have now graduated to senior ranks.

A look back at games played by both teams in the championship so far suggest we have yet to get a really good hour’s hurling from them.

Yes both have produced some good spells of hurling but to win this County Final they will need to be in the game for more than what we have seen from them to date.

I do hope that all hurling people in Limerick will make the journey to the Gaelic Grounds for this game.

We need a big crowd and we need a good game because a good atmosphere will benefit all concerned.

County Finals, no matter the grade, provide clubs with a great boost and it lifts the entire parish.

Winning county titles is very difficult and only the privileged few get to taste just how special it is. For clubs like Na Piarsaigh and Adare they are well accustomed to playing in major finals.

They have clashed at various levels over the years and little enough has separated them at underage level. Both sides would dearly love to win this year’s title.

Adare lost out last year and they will know they had the winning of that game.

The big challenge for Adare next Sunday is to perform for the hour, they have some quality players that could cause serious damage in a short time but they are struggling to play as a team.

They are depending on a few players to rescue them in most games this year but if they are to win next Sunday they will need a lot more from every line particularly defence.

The one thing we know about Adare is that they are a team that play well in finals, they seem to rise to the big day and I am pretty sure next Sunday will be no different.

They have players well decorated with medals and experience and if players like Stephen Lavin, Wayne McNamara, John Fitzgibbon, Willie Griffin and Declan Hannon deliver then they will be difficult to beat.

Dave Keane made a welcome return to hurling in Limerick this year and he too will bring a huge amount of experience with him.

They have trained very well in recent weeks and I’m told that morale is very high in the camp.

Na Piarsaigh has made huge progress over the past few years and it’s little wonder they are back in another final.

This club has a massive underage structure and the conveyor belt has no signs of ending anytime soon.

It took Na Piarsaigh some time to settle into this year’s championship but some would say it’s good to be in a final without playing to their full potential.

Na Piarsaigh has a good team but like Adare they tend to depend on a couple to show leadership when it comes to winning games.

A few young players have been added in recent weeks and they have given the team a vital boost.

Players like Niall Buckley, Mike Casey, William O’ Donoghue and David Dempsey have brought a new freshness to the team and that was needed.

Young players cannot be held back and they could yet have a big impact on this County Final.

It might well be that this game could be decided by how Shane Dowling and Declan Hannon perform.

These players will hit most frees, line balls and penalties and we are sure to have quite a few of each in this final. Both players played crucial roles in their semi final wins over Kilmallock and Doon.

On paper Na Piarsaigh look to have the stronger unit but they will need to deliver.

Adare won’t be found wanting and I expect them to make a real battle out of this game.

They will want to play a close tight game and the longer it remains like that then the greater chance they have of winning it.

If Adare can play more as a unit in defence and close down the space I give them a real chance of winning but if they fail here then Na Piarsaigh will make hay and win the championship.

Adare won’t fear Na Piarsaigh and they can be relied upon to make this a very close contest.

Sean Stack is still running the line for Na Piarsaigh but this year he called in former Tipperary star Tommy Dunne to do some sessions for him and the new voice has been well received.

Given the quality of both teams I sense we are going to get a really good open game of hurling.

Both teams like to attack and for that reason I expect a fair few players across the half backlines.

Finals are never easy to win, for some it will pass them by but for others it could change their hurling career.