Steel door, not glass ceiling, was my problem 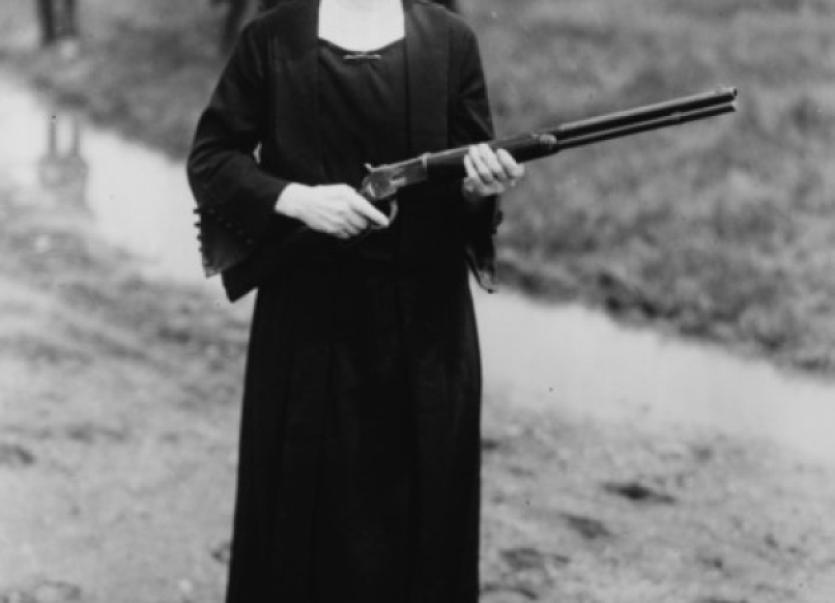 ALL the furore over the harmless lapgate incident in the Dail recently made me wonder if we haven’t gone completely over the top with our political correctness.

ALL the furore over the harmless lapgate incident in the Dail recently made me wonder if we haven’t gone completely over the top with our political correctness.

To be honest I thought I was back on the Mayflower with the Pilgrim Fathers, so intense was the outrage over a bit of tomfoolery. New feminism was particularly affronted, but I didn’t notice the same fury from that quarter when David Norris gave his hysterical and misogynistic rant against a woman in the Senate. It’s the old camaraderie thing they can’t stand, it seems. They must never have got a roll in the hay.

Anyway I’m all for touchy feely politicians. They are usually open and friendly, and in my reporting career, I’ve always found them less inclined than their po-faced colleagues to whisper remarks about a woman’s anatomy behind her back. Anyway they bring a bit of warmth and humanity to the sometimes dull business of politics. Of course, I also maintain that any woman who doesn’t feel comfortable with undue displays of camaraderie in the National Parliament has the right to respond with a kick in the shin. But spare us all this feminist claptrap about the treatment of women. We should be able to look after ourselves by now.

The whole business, however, did make me wonder what Irish politics will be like when gender parity becomes a reality in the Dail. In the next election, any political party that fields a list of candidates with less than 30 per cent of them women will see its State funding halved. Before we know it, the women will have taken over and it will be a foolhardy politician indeed who will chance pulling one of them onto his lap, even if she is shivering with the cold. It has to be said however, that some feminists estimate it will be at least 370 years before full gender parity is achieved in Dail Eireann.

You will probably have gathered by now that I am not a fan of new feminism. It bears little resemblance to the feminism of the ’60s and seems more intent on smashing glass ceilings for the elite than in ensuring equality for everyone. I have no problem with political parties being forced to ensure that at least 30 per cent of their candidates are women, but if we have to have quotas, why not include the unemployed, the marginalised and the less advantaged groups in our society. There’s more to parity than gender, surely.

For all that, I have been an ardent feminist ever since my childhood when I was advised by a very refined neighbour that it wasn’t very ladylike of me to be playing Cowboys and Indians with the little boys next door. Why didn’t I play with my dolls instead and learn how to knit? But it wasn’t her advice that turned me into a feminist so much as the boys themselves, who wouldn’t under any circumstances let me indulge my Annie Oakley fantasies, and who only very reluctantly let me play the role of an unarmed squaw in their Wild West shoot-outs.

I became an even more ardent feminist when I grew up and went out into a world where everything seemed stacked against women.

They talk about glass ceilings now, but what we experienced back in the 1960s were steel doors. One of the first jobs I ever applied for was a position as a junior executive in the Central Bank. I had three times the qualifications demanded in the advertisement for the post – which at the time was a modest two honour Leaving Cert. It was beneath me really, but at the same time I thought the job might impress a few relatives who thought I’d never amount to anything.

Back came an acknowledgement of my application – a three liner which abruptly pointed out that the position was open only to “young male applicants”. Was I stupid or what? I was so incandescent with rage that I tore the letter to shreds, which was a pity because I’d love to have it now to remind those women who claim to be banging their heads off glass ceilings, what frontier life was really like in the old days. If you really want to know, I put a curse on the Central Bank as well, which I sincerely hope has nothing to do with our current troubles.

After that I got a permanent job in the County Council, which I soon learned was only permanent so long as I remained single. If I ever got married I’d have to leave, but if I waited five years I’d get a gratuity on the way out. To add insult to injury, I was paid less than married men who were in the same rank as myself.

I wasn’t allowed to sit on a jury, not to talk of a political lap. I wasn’t even welcome to sit in a pub lest I’d scandalise the community. I had to sit in the snug. And although I coveted the County Manager’s job, I couldn’t even aspire to it because the ceiling was so low.

Then I joined the feminist movement and it was the mercy of God that I wasn’t forced to wear the Scarlet Letter.

I became a local newspaper reporter around that time, and everyone I knew said it was no job for a woman, making me, once again, incandescent with rage.

I’ll like to able to say that women have come a long way since then. But really, after the experience of recent days, I think we’re every bit as insecure as we ever were. Maybe we still need a lap.