Ivan Morris Column - No need for golf at the Olympics 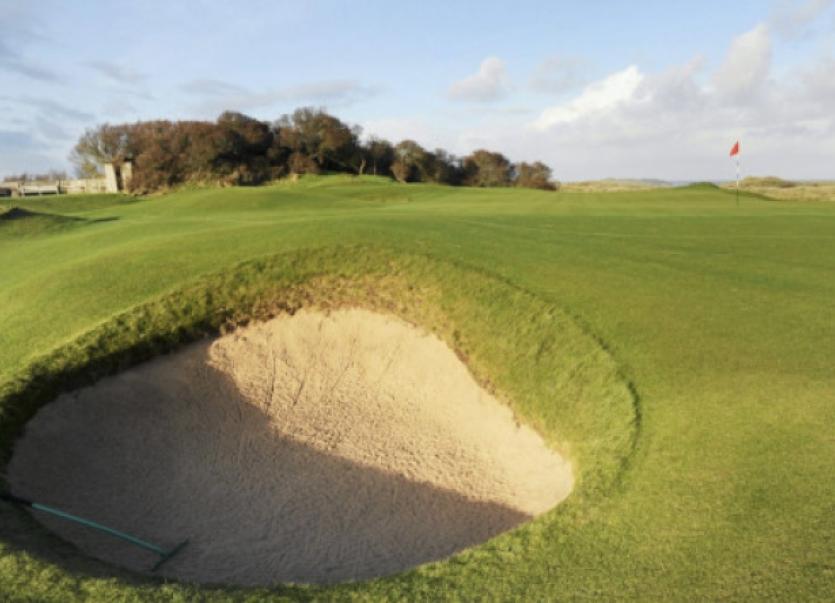 In his weekly Limerick Leader column, Ivan Morris makes the argument for why golf shouldn’t be at the Olympics.

In his weekly Limerick Leader column, Ivan Morris makes the argument for why golf shouldn’t be at the Olympics.

In some quarters, golf is being blamed that the ancient sport of wrestling has been removed from the Olympic Games Programme at Rio in 2016.

As Wrestling is one of the original sports in an Olympic context, the decision begs the question: what really motivates the Olympic movement and why is golf being introduced at the expense of a sport that has been in the Olympics since Athens, 1896?

There’s no better man to whom I could pose that question than Ronnie Long, the Limerick man, who famously led the Ras Tailtean into his native city in 1955 and later became Irish Olympic team manager at Montreal in 1976 when Eamon Coughlan finished fourth and without the medal he so richly deserved.

Long has managed fifty-five national athletics teams, including eight major championships such as European and World indoor, outdoor and cross–country events. He understands the thinking and modus operandi of the Olympic movement better than most.

“It’s all about increasing the worldwide audience and gate money.” He told me. “Covering the bottom line; London is the first Olympics to have shown a healthy profit. I’m sure that it is felt that golf will attract more spectators and interest from advertisers and sponsors than wrestling ever did or could. Because golf and rugby 7s are newcomers coming into the Olympic fold, something had to go. In the end, Wrestling was edged out. Personally, I thought that Taikwandoo might be vulnerable but some drugs issues may have militated against the wrestlers. Although, if that were the criteria one would wonder how scandal-haunted, cycling keeps escaping the chop? Of course, wrestling can try to get back in, but it’s unlikely.

“In my experience, the World Athletics Championship is a far better competition than the Olympics; it is more focused and pure with only competitors who have reached the proper standards allowed to compete. There are no behind the scenes sideshows and far less politics.” Says Ronnie.

The Minister of State for Tourism and Sport, Michael Ring, TD, acknowledged the major contribution played by Ronnie Long and others at the “National Awards to Volunteers in Irish Sport” at a function held in the Aviva Stadium, Dublin recently when the contributions of volunteers across all of Irish sport were celebrated. “Without the dedication of people like Ronnie, sport as we know it would not exist.” Mr. Ring said as he presented Ronnie with A Lifetime Achievement Award for serving Irish athletics at every level from grassroots through to being President of Athletics Ireland in 1994/5. As he enters his 78th year, Ronnie’s energy and passion for athletics remains undimmed.

Nobody, asked me but I genuinely believe that golf should never have been granted access to the Olympics in the first place. Olympic sports should be rare collections of the best exponents of individual sports that otherwise do not have international events that would not be considered more prestigious than the Olympics themselves.

Golf has its four majors and four world golf championships – that’s enough! I love golf but I just don’t think it needs to be in the Olympics. Nor should other big time professional sports like soccer, basketball and baseball.

I believe the reason for golf being in the Olympics is that the ruling federations need to expand to find new areas of influence and income. Achieving access to virgin territory in far flung places may sound altruistic but self-interest, filthy lucre and the expansion of all facets of the so-called golf industry, especially equipment sales and advisory and administrative jobs for officials, are at the heart of the matter in varying degrees.

Olympic Golf will allow officialdom to spread its tentacles and zero in on future Government funding wherever it might be available. Olympic Golf might well be a bonanza for officials (and to a lesser extent, course architects) but there won’t be much in it from the top players’ points of view and no ‘added value’ of any sort will be redistributed to traditional golfing countries like Ireland.

One golfing matter has the capacity to raise Ronnie Long’s hackles, it is whether Rory McIlroy will, or will not, represent the 32-Counties in Rio. “If the rugby players and hockey players can do it – why not the golfers?” Says Ronnie. “Rory should pull on the same green jersey he was proud to wear when he was an amateur representing Ireland.”

I don’t like the idea of golf being in The Olympics but I wouldn’t like to see it kicked out because of being equivocal about drugs and drug-testing. If it emerges that a cohort of top golfers are on dope, I’ll feel very let down and disappointed. There are persistent rumors about some players that are alarming - that is why golf will have to conform with bang-up-to-date, approved, testing regimes and accept the consequences.