New chapter in the life of Limerick parish 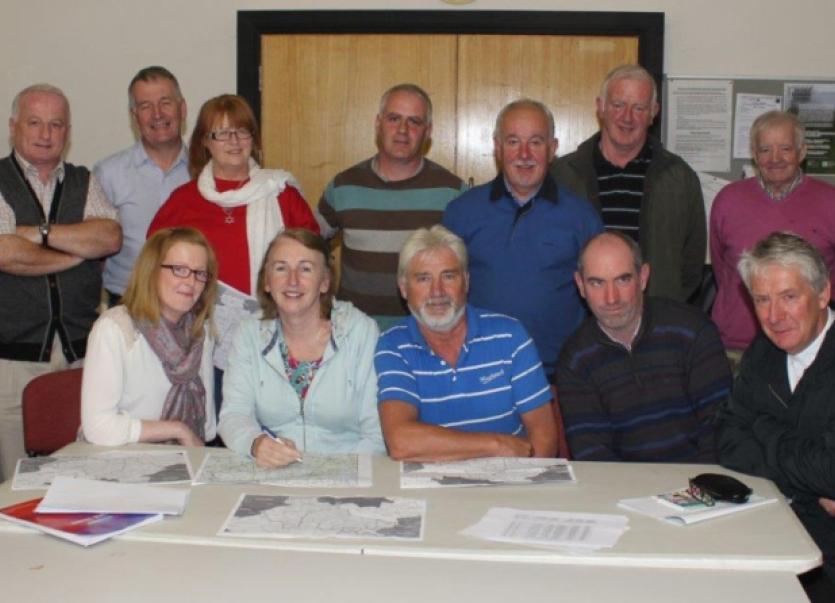 THE parish of Rockhill-Bruree has a proud history dating back to prehistoric times, and now it is about to add a new chapter to the local annals with the first ever election of a community council.

THE parish of Rockhill-Bruree has a proud history dating back to prehistoric times, and now it is about to add a new chapter to the local annals with the first ever election of a community council.

Following a number of public meetings, a steering committee has been putting the logistics of the election in place over the past couple of months.

The newly-elected community council will take office within the next two months.

Membership of the council is democratic with every resident of the parish over the age of 18 being eligible to both vote and be elected. The parish has been divided into five electoral areas, each of which will have representation on the new council proportionate to its population.

Steering committee member, Claire O’Connor said: “This is an opportunity for the parish to decide who they want to represent them on the new community council. It is local democracy in action.”

Voting will take place towards the end of September, with voting documents being hand distributed to each household in the parish. Along with the voting documents will be a Needs Survey which will enable people to express what they feel should be done to make things better for themselves, their family and everyone in the community.

Muintir na Tire’s regional development officer, James O’Neill said the community council will involve all the people of Bruree and Rockhill in the promotion of the “social, educational, cultural and economic welfare of the whole community”.

“It will also represent each and every member of the community and the community as a whole in dealing with local government and statutory bodies,” he explained.

The idea of a community council for Bruree and Rockhill came about during a series of meetings earlier this year which gave everyone a chance to contribute their ideas and suggestions. The meetings looked at where the community is at the moment and where it might go in the future as well as the steps necessary to get there.

The meetings were facilitated by Small Town Studio with the assistance of funding from Irish Design 2015. Muintir na Tíre, through its regional development officer, James O’ Neill, came on board to advise and supervise the setting up the community council. The process is also supported by Ballyhoura Development through the Social Inclusion and Community Activation Programme (SICAP) 2015-2017 which is funded by the Irish Government and co-funded by the European Social Fund and includes a special allocation under the Youth Employment Initiative.