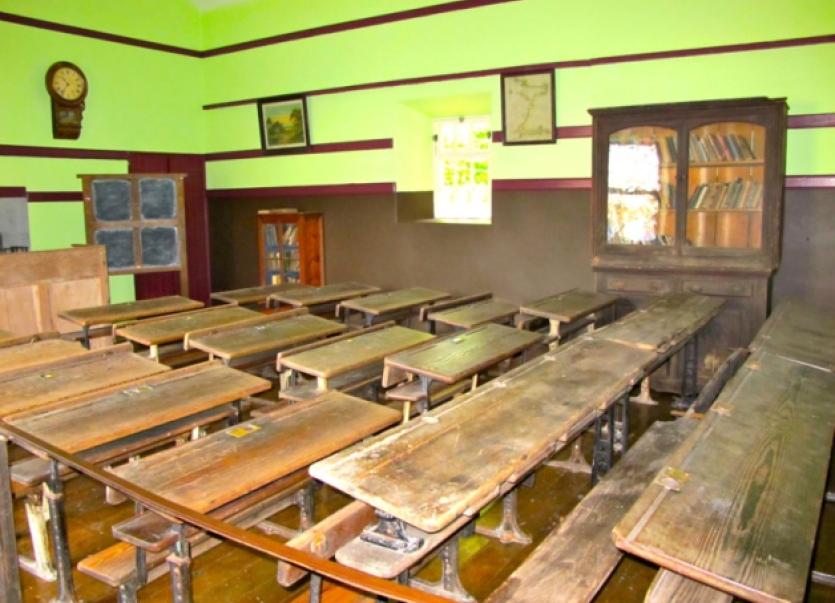 BACK in the middle of August, a death notice in a daily newspaper caught my eye.

BACK in the middle of August, a death notice in a daily newspaper caught my eye.

The name was vaguely familiar, but I couldn’t remember where I had heard it before.

It wasn’t until last weekend, when I read a glowing obituary of the late Dr Cyril Daly, that I finally recalled who he was.

I say this rather shamefacedly because, although I never met him, he - more than anyone else - was the hero of my teenage years and right into my early 20’s. So much for my hero worship, then! But throughout those years, Dr Daly, almost singlehandedly campaigned relentlessly against corporal punishment in Irish schools, until it was finally outlawed in the 1980’s.

It sounds like a no-brainer, in this age of widespread awareness and concern for child welfare, that somebody in a free Ireland would eventually stand up and try and put a stop to a brutal regime that left a vast number of children scarred for life. But I don’t recall many people crying halt. In fact Dr Daly, as late as the 1960’s, met with the most strident opposition from church and state and also from sections of the INTO more interested in preserving the reputations of their rod wielding brethren than they were with the welfare of the children entrusted to their care. In fairness, however, there were some humane teachers in primary schools who didn’t have to beat children in the learning process. Most of them were very uncomfortable with the regime and vociferously expressed their discomfiture at INTO conventions at the time.

There was also, of course, Senator Eoin Sheehy Skeffington who, a decade before Dr Daly’s campaign, had tabled a motion in the Senate calling for restraints on the use of the strap and the stick on small, defenceless and often undernourished school children.

His efforts met with official indifference from the founders of the State.

But that was then, and this is now, and what bothers me is that nobody remembers it as it was. When Dr Daly died last month, there was none of the widespread applause that should have accompanied his passing. Few people under the age of 40 had ever even heard of him, and those of us who had, had forgotten his name. It’s as if we’re in denial and that somehow it’s distasteful to dig up such a shameful past – especially on the eve of the 1916 centenary, in which no doubt, half the country will be elevated to the status of sainthood.

We have dealt with, or at least are dealing with, the horrific sexual abuse of children by a number of depraved teachers in the past, but the difference between this and the physical abuse of schoolchildren is that the latter was officially condoned. And the only way to deal with that, apparently, is to consign it to oblivion. Even parents, for the most part, turned a blind eye to the extreme punishments that were meted out to their offspring on the pretext that the system was character forming and an incentive to learning. There was collusion everywhere. I remember once, a parent turning up at my school and catching the master by the throat. The master had beaten his children viciously the previous day for showing an undue indifference to the Gaelic tongue.

We thought liberation was at hand. Even if the man didn’t find the jugular, the daring challenge to authority was, to say the least, encouraging. Next day two desks in the classroom were empty. The man’s children had left the school and the master, sensing where our sympathies lay, turned up the ante on the brutality and in a refinement worthy of Caligula, from then on made us place our hands on the table before laying on the pointer, so that we’d feel the force of the rod on both sides at once.

There were instances of heroism among the children too – of siblings standing up for weaker family members and then being beaten mercilessly themselves for their audacity, of children refusing to let their spirits be broken and of one young boy I recall in my class, who took the law into his own hands after a savage beating and when the master’s back was turned, cut the torture weapon – a leather strap – in two with a razor blade he used for sharpening his pencil.

In his old age, Dr Daly wrote an article stating that it wasn’t him but the people of Ireland who eventually brought an end to the cruelty of unrestrained physical punishment in schools. Maybe so, but it took them an awful long time to arrive at enlightenment and to realise that the practice was barbaric and unacceptable in a civilised society. Even now, when I meet people I went to school with, they prefer not to dwell too much on the unsavoury experience of their school days and it worries me that some of them still tend to dismiss the horror while I’m still nursing my bruised fingers.

“It didn’t do us any harm at all,” one of them had the gall to tell me recently.

“The whole thing is gone the other way now. A teacher can’t say boo to a child anymore.” Really!

For that very reason and because of our tendency towards selective amnesia, I think that in these evocative days of national remembrance and mutual admiration, nobody deserves a monument to his memory as much as Dr Cyril Daly.