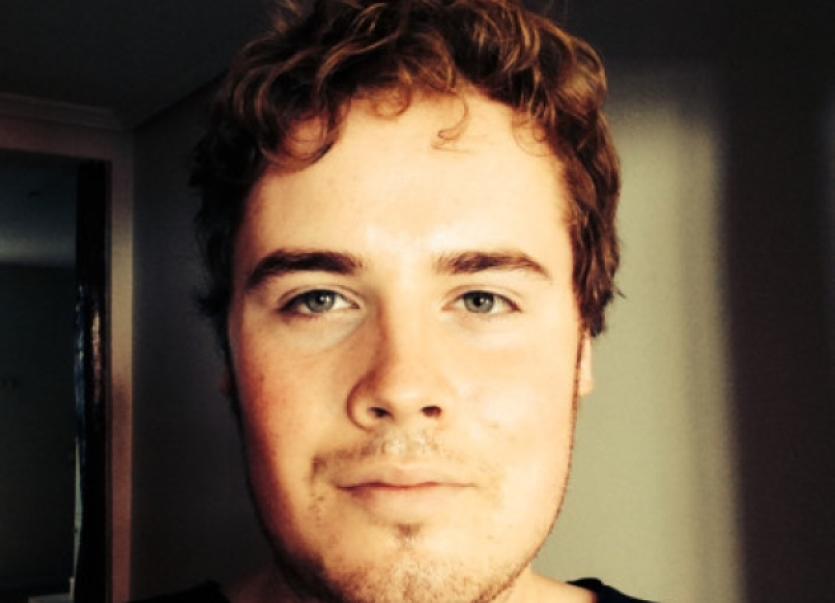 From Annacotty, originally, I went to primary school in Monaleen, then Castletroy College, Trinity College, Dublin and finally, the University of California, Berkeley.

Today, I work as an actor, teacher, sometime writer and occasional barman. I have written a few pieces for theatre and radio and have, also, worked in the arts in Spain and Italy. Growing up, I never really thought about writing but always loved the theatre. Indeed, I first started performing as a child in Limerick.

Looking back, I was probably more preoccupied with writing than I thought.

I recently found several notebooks stuffed away in a drawer containing a full length play which I wrote when I was thirteen. However, writing is a very different experience. The actor will have his crisis on stage, the director in the rehearsal room but the playwright experiences that crisis at home and alone. I am still very new to writing and find it quite difficult. I constantly doubt myself. What I think is wonderful in the early hours may not look so hot first thing in the morning.

There are a handful of writers whom I admire the most. I studied the classics at University and fell in love with the works of Chekhov. Of course, I have always loved Irish drama and am particularly interested in Brian Friel, not just his original work, but also his translations and adaptations. In fact, I re-read him constantly. In addition, I greatly admire Frank McGuinness, Tom Murphy, Enda Walsh, Edward Albee, Jez Butterworth and Conor McPherson. I tend to like a mix of the old and the new, often enjoying a Noel Coward play, as much as a new piece, by Mark O’Rowe, for example.

I plan to keep writing and eventually, who knows?

I met a very famous Irish dramatist in a bar, in Dublin, a few years back. I was then involved in a play and she was a friend of its director. I had enough Dutch courage to tell her about my aspirations and her advice was to expect to ‘suffer a lot’. So I suppose I have that to look forward to. I, also, had a great writing teacher who told me that writing is not therapy and I agree with that, at least, when you are writing for professional or commercial purposes. I, still, dream of writing a mad ‘trashy novel’ and making my first million. In fact, my mother and I are thinking of a suitably terrible pseudonym at the moment. I try not to apologise for myself. I am learning all the time and find it a bit tiresome when somebody apologises for themselves, either while performing on stage, or in what they have written.

We do value the arts in Limerick, or at least, we should, because we have an awful lot of extremely talented artists and practitioners here.

Of course, it is frustrating when the arts are underfunded, or at times, unsupported but I try not to get bogged down by this. It has always been difficult for artists. Instead, it is more important to focus on the work. I am lucky, in a way, as I don’t have any dependants as of yet. So, I can write when I come home from the bar, or after teaching a workshop or two. Of course, life is a lot more difficult for many other members of the artistic community.

My new play (called ‘Falling’) is about a very beautiful girl who died when she was just seventeen.

In it, we meet three of her friends ten years after her death. I am trying to look at societal attitudes towards beauty. How do we objectify our women and what about our men? The play looks at where we were twenty years ago, in terms of our aspirations, and what we promised our young people. The piece came about after I won a competition to do a workshop with playwright, Enda Walsh. However, I became more confident about the script when Irish playwright and actor, Billy Roche, shortlisted it in a recent writing competition.

Our director, Sarah Bradley, went to Trinity, also, although we only met afterwards.

Her involvement came about just by luck. She was looking to direct more work while I wanted to get my stuff on stage somehow. Together, we set-up a group called ‘Octopus Soup Theatre Company’, which is an independent theatre company, based between Dublin and Limerick. Although, we have very different tastes in theatre we tend to complement each other. Sarah is a very good dramaturge and doesn’t hold back. We fight at times, but if I’m honest, it is great to have someone as talented as Sarah, who cares so much about what I have written. Thanks to her some of my more, shall we say, superfluous lines will never be said on stage. However, that is not to say that these terrible words won’t reappear as ammunition against me should I ever need to be cut down to size.

I was very influenced by local theatre groups, in Limerick, with my parents being involved in the theatre scene, here.

Indeed, I was brought to my very first play in the old Belltable when I was only four. As a result, I have a huge respect for our local actors and practitioners. While it is a little embarrassing, I can still remember very minute details of productions that happened many years ago. Even now, when I meet some of those involved, back then, I don’t think that they have any idea just how important those experiences were for me!

‘Falling’ a play, by Liam McCarthy, runs at 69 O’Connell Street from the 17-19 September inclusive @8pm. For more information please see:www.limetreetheatre.ie and the Box Office: 061- 774774.