Martin Kiely Column - Limerick can get back on track in Westmeath 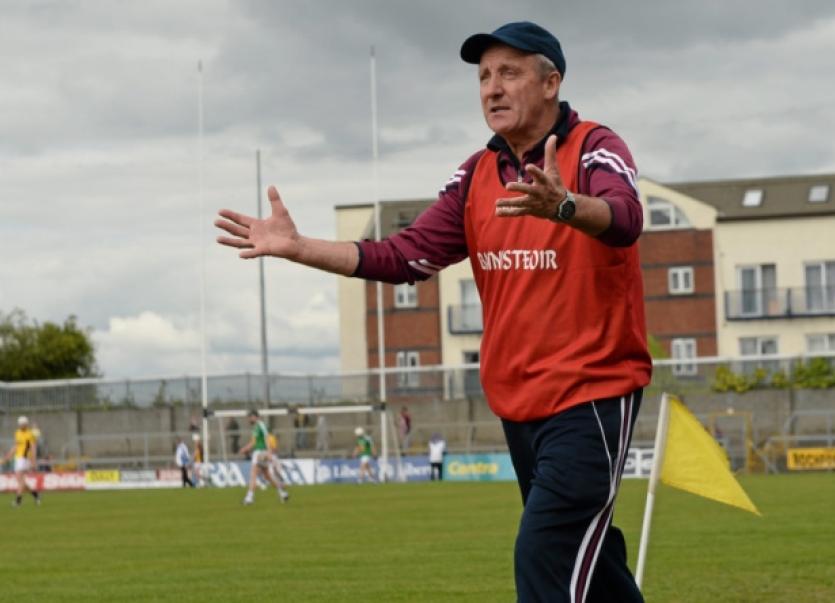 In this week’s GAA column, Martin Kiely looks ahead to Limerick and Westmeath in the All Ireland hurling Qualifier.

In this week’s GAA column, Martin Kiely looks ahead to Limerick and Westmeath in the All Ireland hurling Qualifier.

Limerick hurlers and supporters will be out of their comfort zone next Sunday when they make the long journey to Cusack Park in Mullingar for Limerick’s meeting with Westmeath.

It’s a game Limerick need to get out of the system and it should see them back on the championship road. Management and players will have suffered from the drubbing by Tipperary but this game will allow them pull the strings together before bigger guns come their way.

It would of course be dangerous to take Westmeath for granted but while they may prove difficult for a while I expect Limerick to come through with a good bit to spare. Westmeath are now managed by former Waterford manager Michael Ryan. He is doing a good job and getting them ready to dance with the bigger lads but I still think they have a bit to go before they waltz in the main arena.

I have seen Westmeath play a couple of games this year and they are showing signs of improvement under Ryan. They troubled Wexford for a long while in the Leinster championship before they pulled away but Limerick would hope to have matters tidied up long before the end of this game.

It can’t have been easy for Limerick players to go back to club duty last week and having watched some of the games one could see many found it difficult to find their rhythm.

It was right that the games took place and the players will reap the benefit of playing those games next Sunday. It’s all about attitude now for Limerick and next Sunday will set the tone for their recovery. They suffered from the tidal waves that Tipperary brought to the Gaelic Grounds and for now we don’t know what effect, if any, it will have on the team.

Michael Ryan is looking forward to the game with Limerick. He says from his point of view it’s games like this that will improve Westmeath hurling. “Look we know what’s in store. Limerick are still a good team and we know it will take a massive performance from us to overcome them. Many of our players don’t have the sort of experience that Limerick have and in that regard it will require us getting a lot of things right to trouble Limerick.”

Ryan confirmed that one his best players will miss the game due to injury. “Eoin Price will be out because of injury and he is a huge loss to us. We will have some other lads back that missed the Wexford game and we need everyone against what I would see as a Limerick team that will want to ease the pain of that Tipperary game.

“Limerick will come at us early and we need to be able to withstand that because if we don’t we could be in real trouble.”

Limerick won’t have too much time to look at things as the games will flow now over the next couple of weeks. That to me could be of benefit to them and it’s best now to focus on one game at the time. One big win could lift the team and management and who knows what could happen on any given day in the championship.

The main focus now must be to settle the team and get the best players playing in their best positions. The rest might just fall into place. Some players didn’t train for a couple of weeks and were struggling with injuries going into the Tipperary game. It might not have been wise to play them but those lessons will have been well learned now.

Westmeath GAA is on a high this week after what the footballers did to Meath last Sunday. Michael Ryan is one of the finest GAA people that I know. He loves the game and loves getting the best from players. He is building a new foundation for Westmeath hurling and that will provide its own challenges. It will be very interesting to see how Westmeath plan to cope with Limerick on Sunday. What I do know is that Michael Ryan will have his team in the right frame of mind but it might take a little bit more than that.

The pitch in Cusack Park Mullingar is tight and it’s a hard ground to settle in and in that regard I expect Westmeath to go at Limerick to give them an early welcome.

That said I think Limerick will come to terms with things quickly enough and should win with a good bit to spare.