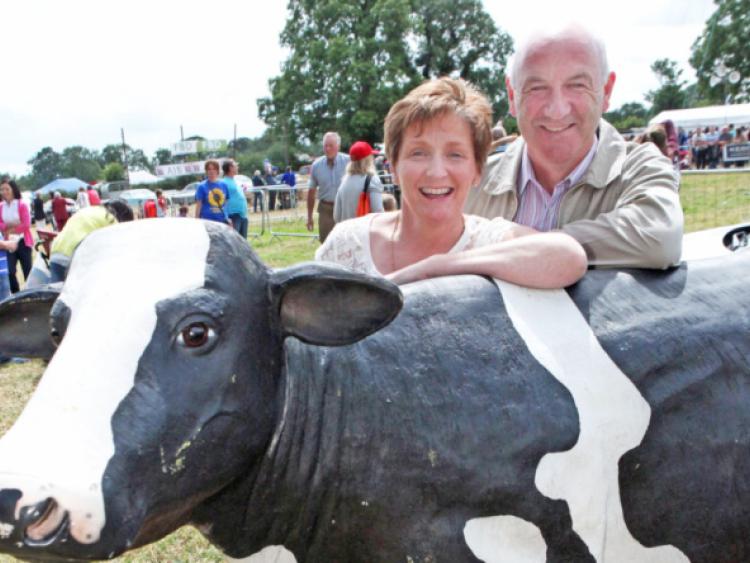 ELDERLY couples munching on ice-cream cones. Bonny babies in buggies taking a snooze under the midday sun. Connemara ponies being put through their paces. Woodturners working their creative magic.

ELDERLY couples munching on ice-cream cones. Bonny babies in buggies taking a snooze under the midday sun. Connemara ponies being put through their paces. Woodturners working their creative magic.

This year’s Charleville Show – Glastonbury for the agriculturally-minded – saw record crowds make their way to the showgrounds to enjoy all the colour and spectacle that the two-day event brings.

By 1.30pm on Sunday, cars, jeeps and trucks, were bumper-to-bumper from the Farm Gate in the town, all the way along the N20 Limerick to Cork road to the junction at the showgrounds some mile and a half away.

Stewards directing the traffic into their parking positions were just a small fraction of the 100 or so volunteers that work away behind the scenes to ensure the event runs seamlessly year in, year out.

“It wasn’t really weather for the beach either on Sunday so it was perfect for the show. The crowd was huge – it was amazing,” commented Bernie Carroll, assistant PRO and development officer.

“I heard a woman passing a comment to her husband as I was walking by, she said: ‘Do you know something, there is no end to this show!’ Every corner you turned, you found something new.”

The increased attendance and the keen interest shown by businesses in terms of securing stall space, is an indication, Bernie feels, of a turn-around in the economy.

While farm animals, equipment and associated products make up the bulk of the show, the savvy organisers, clued into the needs and tastes of the discerning show attendee, ensure there is a broad mix of goods and entertainment so that families can “make a day of it”.

As well as the traditional van selling the tried and tested burger and chip, there were stalls selling fresh artisan produce. Youngsters from Comhaltas Ceoltoiri Eireann had the flip flops tapping while a duo from Ecuador and Peru playing pan flutes brought a soothing sound.

Children looked wide-eyed at the candy floss carts while the carnival area was a Mecca for the young, and young at heart.

Paddy Meade from Rathkeale made the journey with his nephew Andrew Meade, 14, and his friend Gavin McCarthy, 13, both second-year students of Colaiste na Trocaire secondary school in Rathkeale.

“It’s beautiful – a great day. I haven’t been here for years. I’m just having a general look around,” Paddy commented.

He may be residing in Milford, County Cork but Nigel McCoy originally from Knockaderry was proudly wearing his Sporting Limerick T-shirt and enjoying the sunshine with his family including children Sadhbh, Billy and Shane.

Pauline Walsh and Terry Harrison both “show regulars” from Knocklong were bringing the younger one out for the day - Spotty, the Labrador cross who was on his first road trip.

“It’s a lovely day and the weather is fantastic for it – I have been here other years and you’d have your welly boots on,” said Pauline.

Pauline, Terry and Spotty were accompanied at the showgrounds by Sheepdog Buster, 10, and Cocker Spaniel Borat, 9, named after the film character from Kazakhstan who introduced the world to the lime green mankini.

“Borat belonged to my daughter Donna who has gone to Australia for the last five years so he is my dog now. She had another black one called Me Julie,” Pauline laughed.