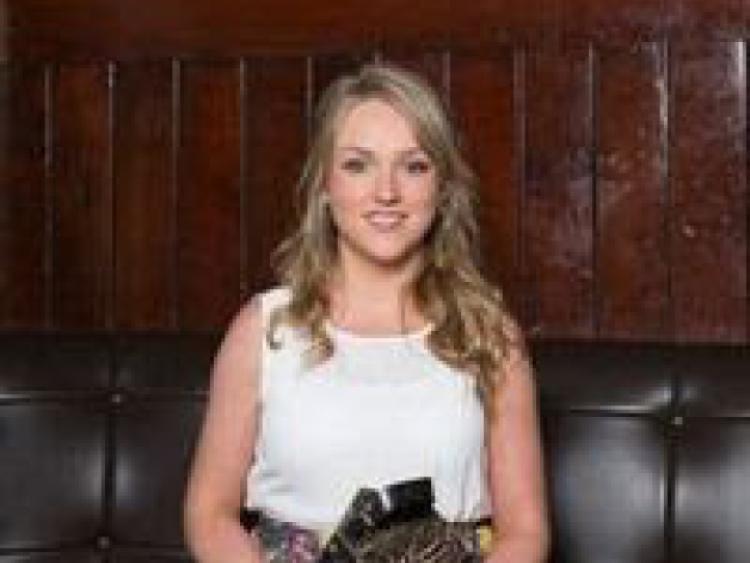 Although, I lived in Limerick practically my entire life, I was born in London to parents from Longford and Roscommon.

Although, I lived in Limerick practically my entire life, I was born in London to parents from Longford and Roscommon.

When I was two, my father, Seamus, passed away following a drowning accident in Australia, where we had moved for a short time. As a result, myself and my mother landed back in Longford and subsequently travelled to Limerick, where her brother, Joe, had lived since the 1970s. My granny joined us a few years later. She was big into music so my interest in it was a given. Céilí House was never missed on the radio and she was constantly singing, lilting and whistling Irish music and songs. Indeed, her home house in Ballymahon, Co Longford, had been a rambling house where musicians gathered when she was growing-up.

Originally, I attended St Paul’s Primary School in Dooradoyle, and later, the Salesian College (Copsewood) in Pallaskenry for my secondary education.

Finally, I graduated from the University of Limerick’s (UL) Irish World Academy of Music and Dance (IWAMD). There, I undertook the BA in Irish Music and Dance. I still can’t believe that I could obtain qualifications in something that I loved so much. Indeed, I still regard my time at UL as four of the best years I have ever had. It was a truly fantastic programme studying with top tutors and with like-minded friends always bouncing off each other’s creativity and enthusiasm.

Thankfully, Copsewood, was very supportive of musicians and singers.

For example, there was a fantastic folk group there, run by Fr. Martin McCormack, Billy Sindon, Paddy Richardson and now Principal, Paddy O’Neill. If you were any way musically inclined, there was no escaping it. Any smidgeon of talent was recognized, nurtured and grown. Indeed, it was Paddy who took me on my very first tour outside of Ireland with the Fleming Ball Irish Dance Academy. I learned the concertina when I was just seven using my mother’s own instrument. I, then, went to the Naomh Mhichíl Comhaltas Branch in Manister Co. Limerick coming under the guidance of its head teacher, Siobhàn Ni Chonaràin. After, learning the tin whistle a year or two later I got bored and pulled out the concertina again. Today, it is my instrument of choice.

‘FourWinds’ is a Trad Band composed of myself, Daoirí Farrell, Tom Delany and Robbie Walsh.

We play respectively the concertina, the bouzouki and vocals, uilleann pipes and whistles, and bodhrán and percussion. Our music is a fusion between Irish traditional and folk music genres. Indeed, we are all keen that the music should remain steadfastly rooted in the traditional style of both singing and playing. In this, we have been influenced by such musicians as Michael Coleman, Johnny Doran, Begley and Cooney, The Bothy Band, Planxty, and Brady and Irvine. We are all zealous musicians, bold as brass, and full of devilment, and these personality traits are definitely reflected in our music. In effect, we play old style Trad and Folk Music but with a bit of a ‘kick’ to it.

Irish music is part and parcel of Irish culture.

When musicians socialise they play music, and discuss albums. When we are either at home or in the car we are always listening to music. The Inspiration for our albums and their arrangements, like the music itself, comes through a process of osmosis involving everyone’s input. ‘FourWinds’ is our debut album although Daoirí released his own solo album, called ‘The First Turn’ in 2009, with Tom and I releasing ‘Framework’, together, in 2013.

You only get to live one life, so if you work at what you truly love, you’ll never work a day in your life. I’ve been writing music for as long as I can remember, and long before I could actually notate it. I recently came across my ‘first composition’, written on the back of some shop receipt or other, just a random collection of letters, no bar lines, keys or anything indicated.

I still write lots of music whenever I get the time to do so. Indeed, the ‘FourWinds’ album features a set of tunes which I composed, including a hornpipe and a reel. I’m fascinated by recent compositions in the traditional style, and even wrote my final year thesis at UL on composition within Irish music. I used to sing a lot when I was younger, but the more I played the concertina, the less I sang. However, I am just starting to get back into it, lately, doing backing vocals and that sort of thing.

There is an ever increasing amount of artistic talent on show in Limerick.

This is a by-product of both the Irish World Academy’s own music programs, and the endeavor shown by Limerick School of Art and Design. In addition, Limerick’s year as ‘City of Culture’, also, did much to put the city on the map as a centre of artistic excellence. As a result, there are, an increasing number of galleries, theatres and pubs springing up around the place. Most are keen on encouraging artists, both to improve business, and to promote local and regional art and culture.

While we were at college, we played constantly.

There was at least one session every night of the week, which we attended religiously. Dolans had music every night and we played in Nancy’s, Tom and Jerry’s, Squire McGuire’s, and Costello’s to mention but a few. The fact that UL has such a strong music program really adds vitality to the city’s music scene in general!

FourWinds will play the Armada Hotel, Miltown Malbay, on July 9, as part of their album launch at the Willie Clancy Summer School, before embarking on a tour of Brittany and Canada. For more information please see: www.fourwindsirishmusic.ie and www.facebook.com/fourwinds.tradmusic and watch https://www.youtube.com/watch?v=5uqcoeLR7TA and http://fourwindsirishmusic.com/gallery/fourwinds/