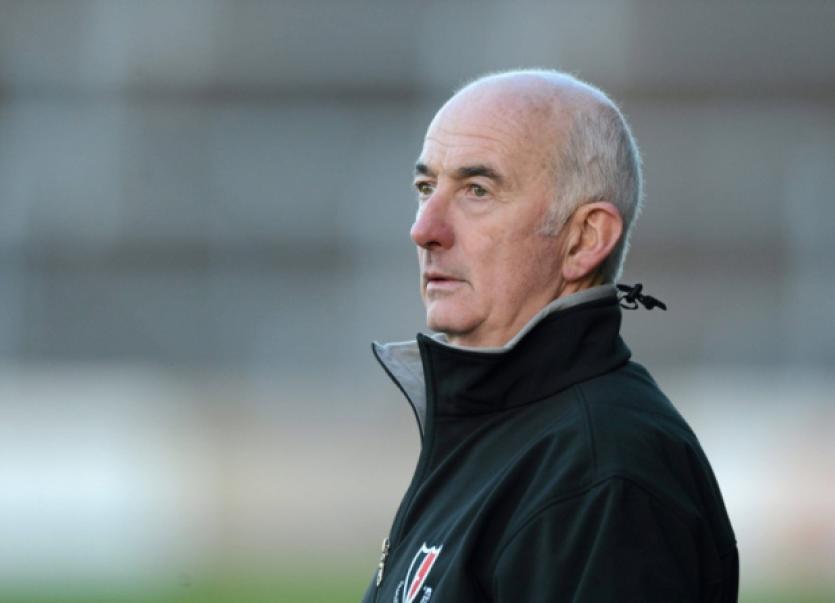 In this week’s Limerick Leader column, Martin Kiely looks at some of the managers that have been lost to Limerick GAA, for one reason or another.

In this week’s Limerick Leader column, Martin Kiely looks at some of the managers that have been lost to Limerick GAA, for one reason or another.

The world of sports management can be a dangerous occupation, it requires many qualities to survive not just the battles on the field but even more so the challenges that will take place in the board room.

The politics and vested interests are enormous and few counties know as much about this as Limerick. To be manager of the Limerick senior hurling team or play a key role with others would certainly carry the tag line, “Proceed with caution.”

So many have come and gone but the Limerick County Board have not always done their business in a fashion that would be acceptable in the modern day work place. Some that came from the outside found that out to their cost but at least they got remunerated for their efforts. Others within the county that have given much were really badly treated by the County Board who themselves always want jam on both sides of the bread. The bloodletting that has taken place over the last 20 years in Limerick GAA has seen some real quality people lost to Limerick hurling. Their services mattered little to those in power but moreover it showed in some cases how little respect those in various County Boards had for the people involved and Limerick hurling.

The vast majority of negativity and poor standards of leadership in Limerick GAA has come from the power base driving Limerick for many years. They expect the highest of standards from everyone else but yet on many occasions they operate to no standards at all when it comes to some of the decisions they have made in relation to people that have given freely of their time to Limerick. This week I look at just some of the people that have made a fine contribution but also some that were overlooked not because of ability but because of politics - that has for so long played a key role in Limerick not winning a senior All Ireland title since 1973.

He is regarded by many with some justification as being the most successful senior hurling manager to lead the county. Only the late Noel Drumgoole could match what Ryan achieved. He was a surprise choice when first appointed but he quickly set about turning Limerick hurling around. He freshened up how business was done. Players from small clubs were looked at and many came through. In his time he won two Munster titles, lost two All Ireland finals narrowly that could have been won, the National League in 1997 something Limerick have failed to do since. Ryan challenged the top table and they didn’t like it. He sometimes might have stepped over the line but that’s what good managers do. The County Board found ways of removing him and Limerick hurling was the loser. Ryan’s greatest ability was that he could spot the bluffer and many didn’t like that.

The Cork man that created history in Limerick when winning three U-21 titles in a row. To me he was badly treated by the top table but also some players cannot be proud of the part they played when Keane became senior hurling manager. Some would say he took the top job too soon but given what he had achieved he needed support from the top table. Many of the current senior players at the time didn’t like the fact that he was bringing in new young players and they played a key role in his demise. Dave Keane had lots more to offer Limerick in many areas but he was left out in the cold and that was a great loss to Limerick hurling.

He took over at a very low time but he took the team to the All Ireland final in 2007 and really lifted the game in Limerick. Despite the efforts he made like others he was moved on. His experience is also lost to Limerick.

Winning two Munster minor titles and losing the final by just two points would suggest that Ryan had the CV to go forward and offer more to Limerick GAA in the years ahead. Hard to believe that prior to the final the plan was in place to remove him. The County Board called him in for review but it was a sham. Those involved in the shafting of Brian Ryan have very little to be proud of. Ryan operated above politics and wasn’t prepared to play the game that has for so long crippled Limerick.

He will be remembered as one of the great Limerick hurlers. His time with Limerick will invoke many tales but he served Limerick and had more to offer. He was a selector with the senior team and resigned because of how things were done. He was also U-21 manager for a short period and when called into review was told that they would be back to him. Of course the job was well gone and Carey like others that had served Limerick meant nothing to them and was brushed aside

The Ahane man was lost to Limerick hurling. On a few occasions he went for the top job but despite making serious presentations he was overlooked. He had the qualities to lead Limerick - steel and passion mixed with a fair degree of knowledge which all managers should have. Herbert could not be blamed for losing faith in how business is done in Limerick and to me remains one of the biggest losses at senior level.

The Knockainey man, now coaching Laois, spent time with the underage process. Good coaches are hard to find in Limerick and it’s a shame to see this man overlooked. He has much to offer Limerick in an era when experienced coaches are needed in the county.

He has turned around the fortunes of Limerick camogie in a short time with All Ireland success. More will come I am sure. He did very well at underage level for Limerick and was overlooked for the minor post. It left a very sour taste and yet another man that had something to offer was turned away by those in the board - and some outside it.

He took Limerick to the minor All Ireland final in 2005. Many of the current senior players have come from that team. He did well with a team that needed lots of work. When he went for the U-21 job a man now sitting in very high office and then a key member of the County Board asked, “Could you tell me your experience” With that the outcome was obvious.

Eammon and Johnny had proven themselves at club level and also with the county. They have a great knowledge of hurling and bring something to the table. Picking a manager is one thing but good selectors are vital

One of the most experienced hurling men in Limerick. He played for Limerick but also served at various roles for the county. He has played a key role in developing hurling at UL and has lots of experience to offer. Justin McCarthy once told me, “He was as good a selector as I have ever worked with.”

He was key to setting new standards at minor level for Limerick and to me had lots more to offer. He was never going to enter a process with the track record of the County Board but to me very capable of working at a higher level.

Other names like Gary Kirby, John Fitzgerald, Ger Hegarty and Declan Fitzgerald had more to offer. These people are still plying their trade and that’s vital if you want to survive at the highest level. Many others not mentioned here have made a great contribution to Limerick and like many of the above were cast aside.

So many great people have been lost, badly treated for a variety of reasons - their experience, passion and commitment to Limerick hurling forever soured by those who say Limerick hurling is so important.