Calls growing in Argentina to make Limerick priest a saint 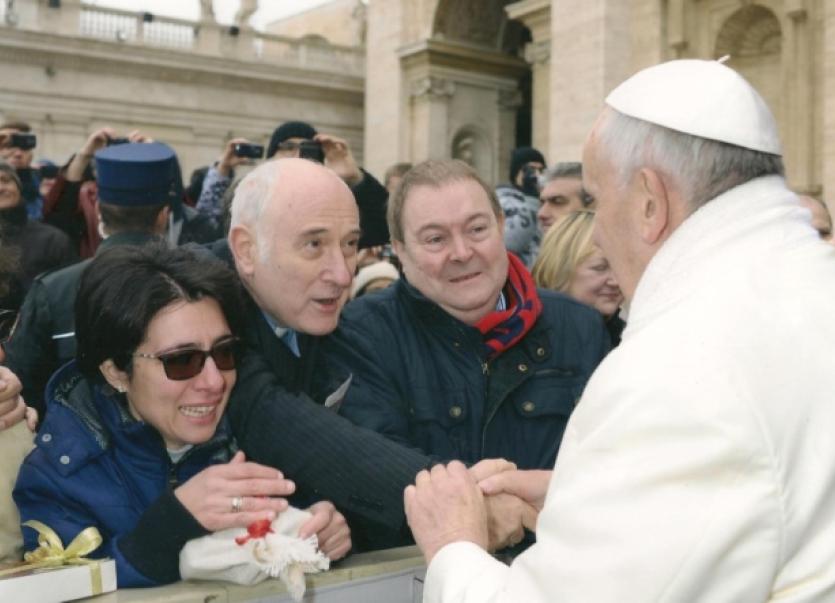 THE BISHOP of Obera – a city in Argentina – is leading calls for the beatification of a County Limerick priest.

THE BISHOP of Obera – a city in Argentina – is leading calls for the beatification of a County Limerick priest.

Fr Liam Hayes passed away last December, aged 64. The Cappamore man wished to be buried in Obera, where he devoted his life to helping the poorest and most vulnerable in society. He built two homes for children and adults with intellectual and physical disabilities and a hospice for the dying. A tremendous fundraiser throughout his life, Fr Liam raised millions to build and fund the St Teresa Homes. His passing has left a huge hole in their finances but his family are continuing the link by running in the Great Limerick Run and donating the sponsorship.

John Hayes – one of Fr Liam’s eight siblings – spent six weeks in Argentina following the funeral of his brother.

“It is phenomenal – you would have to see the homes to believe it. I was totally blown away,” John said. “Liam was coming every year collecting money for the homes but it is hard to take it in until you see it.” Fr Liam only entered the seminary in his early thirties after working as a clerical officer and teacher. After being ordained a priest for the Divine Word Missionaries he travelled to Argentina to do parish work in the province of Misiones in the mid 1980s.

Fr Liam started his crusade to look after the impoverished during his time as a hospital chaplain.

“Babies are often abandoned at birth if they have intellectual disabilities. They leave them in the hospital because they haven’t the wherewithal to mind them,” said John. What began as one home is now three and they look after over 100 men, women and children.

Fr Liam loved Obera so much that when he was diagnosed with cancer he didn’t want to come home to Ireland for treatment.

“He probably thought if he came home he would never get back there again,” said John, who saw the respect and affection for his late brother.

“There is a push for him to be beatified led by the Bishop of Obera. It is because people went to the bishop with stories relating to Fr Liam. They want people whose lives he touched to come forward. They had so much even at the time of his death – the bishop insisted on it,” said John, who received an award, on behalf of his brother, from the Governor of Misiones in recognition of all Fr Liam did for the under privileged.

“There has been a lot of articles written in Argentina about the beatification. One Sunday evening when Liam was sick a man travelled around 400kms to see him. Liam was unconscious but the man gave three hours sitting in the room with him. He put a message on Facebook to say a prayer for Fr Liam and it got 38,000 hits in 24 hours,” said John.

Fr Liam died on December 7 and was buried in a bible garden on the grounds of the homes that he was building.

“There is a Mass at his grave now on the seventh of every month. There is an altar beside his tomb and crowds are getting bigger and bigger. There could be a few hundred at it and it is growing and growing the whole time,” said John.

At a special Mass in Cappamore the extended Hayes family decided they would take part in the Great Limerick Run to celebrate the memory of Fr Liam and raise money for his life’s work. There could be as many as 60 running. Afterwards they will meet in the Castletroy Park Hotel where Fr Liam had his first fundraiser. Donations can be made to an AIB account in The Quay, Waterford, sort code 934275, ac number 05707052.