Where are the tickets for these crazy cyclists? 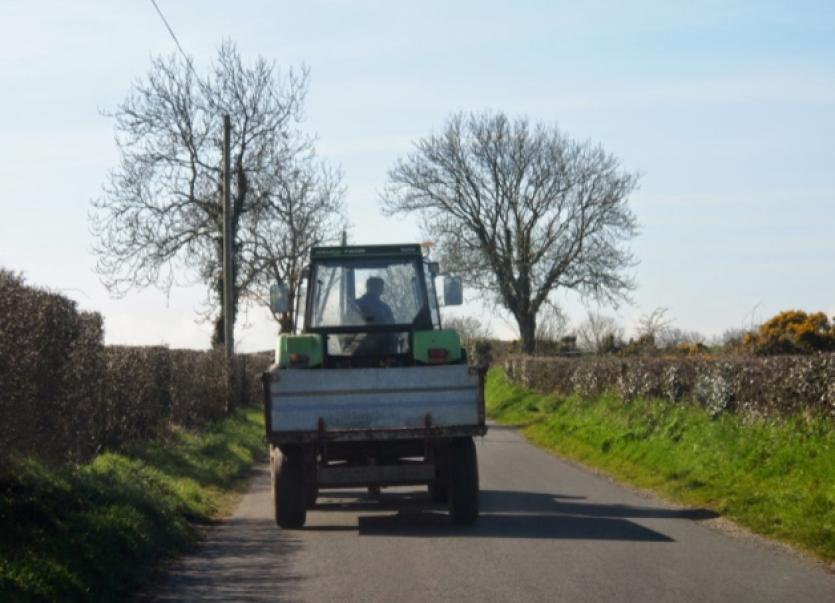 SOMETIMES it’s hard to curb the rebel genes in my make-up, but I have a lot of sympathy - not to talk of admiration - for the two sisters from Ballybrown who stood in front of the Council’s hedge-cutting machines last week and stopped them from desecrating a hedgerow. I have to add, however, that if the hedgerow in question does pose a major risk to road users - as is claimed - then the council has no option but to tackle it. At the end of the day, road safety has to take precedence over a love of trees and hedges.

SOMETIMES it’s hard to curb the rebel genes in my make-up, but I have a lot of sympathy - not to talk of admiration - for the two sisters from Ballybrown who stood in front of the Council’s hedge-cutting machines last week and stopped them from desecrating a hedgerow. I have to add, however, that if the hedgerow in question does pose a major risk to road users - as is claimed - then the council has no option but to tackle it. At the end of the day, road safety has to take precedence over a love of trees and hedges.

But could councils around the country not tackle all those roadside hedges with a bit of loving care rather than attacking them indiscriminately with ruthless machinery? Instead of getting a neat hair-cut, the hedges are mangled, trees are left bleeding, with limbs hanging off, and the overall effect is the entire area looking like a battlefield. The Scariff road, outside Killaloe, for instance, looks at the moment as if it has been hit by a typhoon, after getting a trimming.

Neat hedgerows don’t do anything for me either, and the current mania for cutting down trees makes me shudder. What ever happened to ‘cad a dheanfaimid feasta gan adhmad’ and when did we lose our respect for fairy bushes?

EU schemes like the former REPS and the current Glas are turning us into Continentals. We’re opening up the countryside to passing sightseers, but now we can’t see the wood for the fallen trees. But presumably on the plus side, the sightlines for road users are vastly  improved.

While on the subject of road safety, let me refer you to a report of a court case from Castlebar during the week, which informed us that a tractor driver, travelling at 20 miles an hour was given a 12 months driving ban for holding up between 80 and 100 vehicles, without pulling in somewhere and letting them pass out.

We’ve all driven behind road hoggers from time to time, but I have to say that tractor drivers are in the main courteous and accommodating, and anyway they have to use the roads in the course of earning their livelihoods.

The same cannot be said for some cyclists, who are now starting to hog the old N7, cycling two or three abreast on the carriageway instead of sticking to the cycle  lanes.

As you know, I have a bee in my bonnet about cyclists ever since I was forced to share the N7 with them some years back. But relationships have deteriorated lately since Bord Gais laid the gas pipeline from Limerick to Nenagh underneath the cycle lanes and then patched them up with a new layer of tarmacadam. Some cyclists – and I emphasise some – are now shunning the patched up cycle lanes and have taken to the main carriageway, sometimes three abreast.

Not only is it dangerous, but it is also very irritating for drivers who have to travel at snail’s pace behind them. Some of them are so arrogant that they wouldn’t dream of pulling in and letting a car pass, and it beggars belief that a tractor driver would lose his license for a year for doing the same thing.

The cyclists were out in droves on the N7 on Saturday, enjoying the sunshine and a healthy lifestyle. I was out too on an errand and came up behind a group of six spread across the road. I slowed down to second gear and waited for them to move in so that I could pass out. But they stayed where they were.

Oh God, I said to myself, I won’t hit Nenagh before nightfall at this rate. So I beeped the horn. None of them moved in. Then I saw an opportunity to pass out, and moved across, but just as I did so, one of the cyclists in the lead moved out in front of my car - to the cheers of his companions - forcing me to brake to avoid him. It was a hair-raising experience to say the least.

Now I know it is politically incorrect to criticise the cycling fraternity, who by all accounts, are great models for a healthy lifestyle – although I certainly didn’t feel too healthy after my experience on Saturday evening. I also know that most of them are courteous and considerate, but some are downright rude and boorish, and seem to be subject to no road rules  whatsoever.

If the Department of the Environment spent a fortune providing cycle lanes for them, surely they should be confined to those lanes or at the very least they should be obliged to pull in to the lanes if there’s a car behind  them.

The really maddening thing, however, is that I – and the unfortunate tractor driver who lost his license for failing to pull in – have to pay for the use of the roads through our motor tax, while the cyclists can do what they like on the road, free gratis.