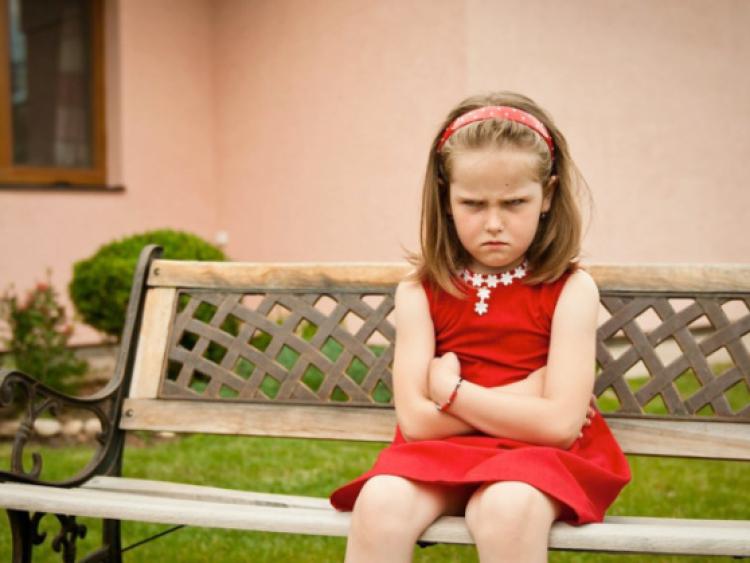 SOMETIMES I have to pinch myself to ensure that I’m not sailing on the Mayflower. Every day I get up, the country is contorted in a new fit of righteousness. It’s enough to make you long to be bold and let loose your inner anarchist.

SOMETIMES I have to pinch myself to ensure that I’m not sailing on the Mayflower. Every day I get up, the country is contorted in a new fit of righteousness. It’s enough to make you long to be bold and let loose your inner anarchist.

The latest spasm was sparked by the Pope’s apparent condoning of a parent smacking a bold child while managing to preserve the child’s dignity – and his own, presumably. How the particular parent managed that, I don’t know, because I can’t think of anything less dignified than getting or giving a smack. However, I do think the reaction to the Papal comment was over the top. You’d think the genial and likeable Pontiff was advocating 2,000 lashes for an infant tantrum the way people responded.

I don’t know what Pope Francis said, or even the full context in which he said what he said. But maybe, like some of us, he was just wondering if modern parents, moulded by the pop psychology of global positive parenting rules, are afraid to even reprimand their kids anymore.

A couple of weeks ago, I was sitting in a restaurant enjoying a meal, when I was distracted by a family at a nearby table. The parents, deep in conversation, were casting an occasional indulgent eye on their two offspring, aged about two and four - one in a baby chair - who were busy rearranging the cutlery and the plates on the table. When the meal arrived, the younger child screamed in rage and turned his dinner upside down in front of the terrified waitress. The parents put a soother in his mouth and left the waitress to clean up the mess. Not to be outdone, the older child removed several items from his own plate and threw them on the floor. He then took off his shoes and put them on the table beside him, spilling his juice drink in the process. The parents ordered another drink.

The floor at this stage was littered with half eaten chips and other unsightly pieces of food, but the parents didn’t even notice until the older child got off his chair and stood in his stocking feet on a couple of chips lathered in ketchup. Then the mother got hysterical. The manager, who had come to ask if everything was alright, called the waitress to clean up the floor, while the two kids beamed angelically.

Now I don’t know what Pope Francis, or Mary McAleese for that matter, would have done in the situation, but I know what I wanted to do. With no apologies to Mrs McAleese, I wanted to turn the clock back - at least to the Middle Ages.

Now, before you all get into another spasm of righteousness, let me say that not for one minute would I condone the infliction of either physical pain or humiliation on any child. I come from the tough school of corporal punishment in the classroom, which in my case and those of my schoolmates, was unduly excessive, highly traumatic and probably very damaging. Worst of all, it was perfectly legal, although the teacher in question did face a couple of court cases for assault, and got off. You have no idea how dearly we would have loved to have seen him behind bars. Actually I’d take the case to Europe only that some of my classmates are in denial and others are adamant that it didn’t do them “any harm”, which is just another form of denial. But it would certainly make a smack on the bottom from a loving parent doing his or her best to civilise an unruly child, feel like an affectionate bear hug.

In the next few years, slapping a child will probably be outlawed in this country and rightly so. But we’d want to brace ourselves for widespread juvenile anarchy if we don’t learn how to reprimand our kids without having to resort to hitting them. Current positive parenting guides are not as effective as they are made out to be. I was in a house recently where a sullen looking little girl was sitting on the bottom rung of the stairs. “She’s on the naughty step for three minutes,” her mother explained. The child glared at me defiantly, and if she wasn’t such a delightful little girl normally, I’d swear she was plotting a bloody revolution right there at the bottom of the stairs.

In many ways, the ‘golden garden that was childhood’s’ was never so attractive. Kids are being mollycoddled right, left and centre, and the Harry Potter generation aren’t even sure if adults deserve any respect at all. Parents and teachers are intimidated by the enlightenment of positive parenting. They’re afraid to say boo to their offspring in case the child gets a negative vibe, and now the naughty step may well be a step too far. Children even own their own education. They will decide what they want to learn and how they will do so. The teacher is only the facilitator, thanks to ex Minister Ruairi Quinn.

The trouble with this enlightened approach, however, is that life itself is full of negative vibes and hard knocks, and there is a real danger that some of those kids won’t even know what hit them when they’re older.