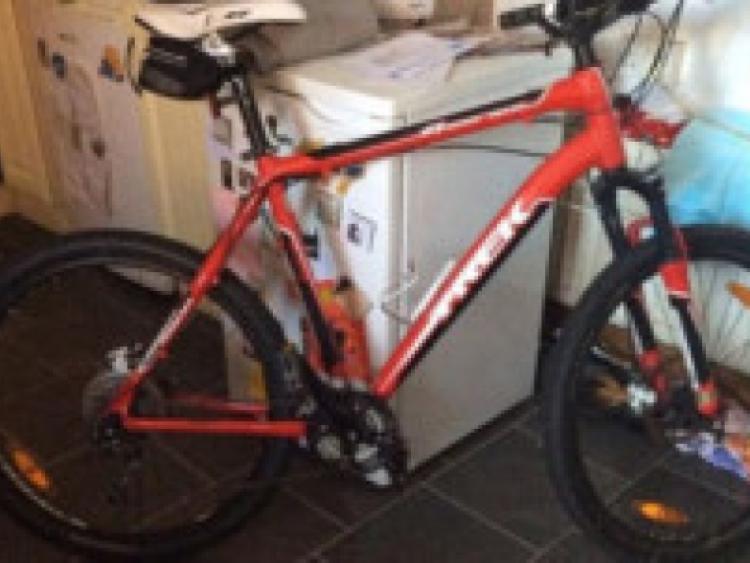 A CHARITY campaigner and cycling enthusiast who lost his eight-year-old daughter just over a month ago has been targeted by thieves.

A CHARITY campaigner and cycling enthusiast who lost his eight-year-old daughter just over a month ago has been targeted by thieves.

Liam Mulcahy was targeted in his home at Rhebogue in Limerick last week when a training bike was stolen.

While the Trek 4 Series mountain bike was not valuable, according to Liam it was the breach of the family’s privacy that was most upsetting.

“It wasn’t about the bike itself, it was more about someone being on the property especially when we are at our most vulnerable in a sense,” said Liam.

The bike had been at the back of his house before he went to bed on Wednesday night but was gone the following morning.

“It was around the back - it was well hidden, you would have to go looking for it if you really wanted it. They came in around our back - what ever about the bike going missing, it is the thought that they were on your property,” said Liam.

There have been reports of other thefts in the area and Liam is advising that if anyone sees the bike for sale online on the likes of DoneDeal or eBay to report it.

A number of people have kindly offered to replace the bike.

The bike, pictured, is mainly red with some black on it too.“It’s been a tough month and I was looking forward to getting out and hitting a few trails on it.”

It’s not the first time Liam has had bikes stolen this year.

In June the foundation he started, Cycle 4 Sick Children, suffered theft on a trip to Liverpool where they were due to take part in a fundraiser for the Hillsborough disaster charity group.

The van they had travelled in from Ireland on the car ferry was broken into as Liam and the other five campaigners were visiting Anfield stadium.

All six bikes, each valued at around €3,000, were stolen along with their passports, cash, a satnav system and even clothes.

Anyone with any information on the latest theft can contact the gardai in Henry Street, Limerick, on 061 212 400 or Liam himself through his Facebook page.