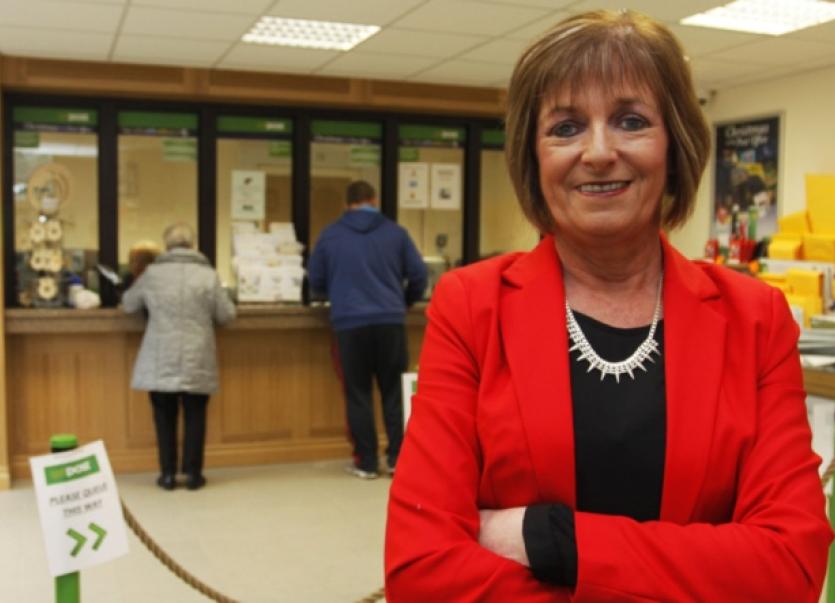 AFTER months of uncertainty surrounding the future of Caherdavin Post Office, it’s business as usual at the facility which is now operating at a new location and with a new postmaster.

AFTER months of uncertainty surrounding the future of Caherdavin Post Office, it’s business as usual at the facility which is now operating at a new location and with a new postmaster.

The post office which was operated at Ivan’s shop for 38 years, closed at that location on October 31 and is now up and running in the old Bank of Ireland building beside Whitty’s Mace supermarket in the Caherdavin Shopping Centre.

Local woman, Joan Dowling, who was the successful candidate to be appointed as the new postmaster after a tendering process, described the change as an “exciting new challenge”.

“There still seems to be a bit of confusion with some people thinking the post office in Caherdavin is gone but it is still here, we have just moved location and we are very much open for business. We are looking forward to a very busy Christmas period ahead and we have all the essentials including cards and envelopes.”

Joan, who is married to Paddy, and has two children – All Star, Limerick and Na Piarsaigh hurler Shane, and daughter Fiona, is well experienced in the trade having worked for 10 years in the post office in Ivan’s shop during which time Ivan Cremins was postmaster.

While the general store closed in January, the post office remained open at that site under the businessman’s stewardship until he retired on October 31. Joan has been operating the post office at its new location in the old Bank of Ireland building since November 3.